“Awesome Digital Ukraine” is the first book highlighting the achievements of the Ukrainian IT industry. We share with you chapter “Future” and kindly invite to the book presentation, which is Osnovy Publishing plans to make on November 20. Please register by the link.

The future looks bright for the hi-tech industry in Ukraine

Today, much of Ukraine’s IT industry is based on outsourcing. This has resulted in powerful economic clusters being set up, but the effort devoted to foreign products has left little space for developing future products for the domestic sector.   Fortunately, domestic companies are constantly being founded in Ukraine and their number is gradually increasing. Ukrainian IT faces a number of options for the future. Due to the war in the East, the country has had the opportunity to develop cyber warfare technologies, since Ukraine recently became a literal battlefield for cyber attacks and a live testing ground for new counter-attack technology. This branch of IT is becoming more and more popular among its students Ukraine has the potential to become one of the world’s leaders for research and development in cybersecurity.

The Ukrainian space industry is losing its competitiveness in the global market. The lack of interaction between the aviation and space industries with the domestic IT industry shows that there is untapped potential here, and points to the demand for cooperation between these industries.  The current curriculum in Ukraine is too stable and old-fashioned, but future academic exchange with leading world institutions will inevitably lead to changes in how universities are run in Ukraine. As of yet, the scientific potential in the country is underused and talent management — a potentially huge industry — lacks any direction. However, there is every chance that this industry will develop and that requirements from foreign institutions will instigate reforms in the Ukrainian education system.

As a leading intellectual sector, IT brings Ukraine into the world stage and is a driving force of social change in the country.

Computer programmers in Ukraine have always been in their own separate class. At the intersection of science and the industrial deployment of information solutions, they have always had to keep track of innovation across the globe. Due to the international nature and relevance of the profession, programmers have always been in demand from foreign companies, so when Ukraine opened up to the world after the collapse of the Soviet Union, the programming community was better equipped than most to adapt to the new world. A large proportion of the first wave of independence-era immigration to the US, Europe, and Canada was made up of coders and programmers, whose links to their homeland paved the way for greater cultural exchange between these old and new worlds.

Technology is also changing societal values, in that there are more women in Ukrainian business, government, and among social leaders. Naturally, IT entrepreneurs have played a significant role in this by creating role models for girls in the tech industry.

All this has affected the social consciousness of IT specialists and engineers and their willingness to take part in social projects in Ukraine. IT is seen as something of a panacea in Ukraine today, because of the fact that social change and development in the country has been linked to the digitalization of Ukraine. Nearly every state initiative comes with innovative solutions, and fresh, creative ideas coming directly from the country’s informational community.  The introduction of things like e-government, smart cities, and greater information control over government activity has built public trust in the IT community, and its representatives are at the forefront of change in the country. State initiatives have taken on successful management models seen in IT companies, such as using open data systems, public control over decisions, and citizen profiling on government-level CRM (customer relationship management) systems. This field shows real potential for creating change in Ukraine, and always needs more people to help implement it at both management and technical levels.

Ukraine’s state apparatus is considered old-fashioned at best and many project the need to update its management methods. Some departments in charge of reforms have already started working according to industry standards, creating project ministry offices and using agile and scrum management and software approaches in their plans and activities, with productivity being monitored by planners and project management applications

Business and state moving from a command economic model to a service economy.

As a general rule, the digitalization of Ukraine is happening at a slower pace than in the rest of the world, and the main culprit is believed to be the culture of a bureaucratic style of government left behind by the USSR. Ukraine is almost remarkable in that we can see in one economy both state-of-the-art and dynamic organizations working alongside the industrial dinosaurs of the last century. There is a marked gap between the traditional style of economy and the digital economy, but this gap is narrowing and more companies are seeing new opportunities for digitization. Even more traditional sectors such as agriculture are seeking to incorporate IT solutions to increase productivity and quality. MAS Seeds Ukraine uses data science for selecting better quality seeds grown by their companies.

Companies are now making it a priority to improve their business sales processes as they get closer to customers. This is due to the proliferation of digital marketing services, which dominate in digital business services

Myronivsky Hliboproduct controls large volumes of real estate, so for optimum control, the company uses drones that autonomously monitor production processes. Kernel and other industry giants use ERP (enterprise resource planning) systems to control and automate workflows, thereby instantly increasing their own efficiency and, consequently, increasing profits. Digital enterprise is focused not only on business, but in Kyiv and Dnipro e-government is being developed with the support of IT companies, as city administrations are developing administrative service centers in various sectors. The main principle of modern government is the so-called service orientation of the civil service, in that it uses IT solutions that give citizens access to  user-friendly digital offices, and improves interactions between citizens and authorities. 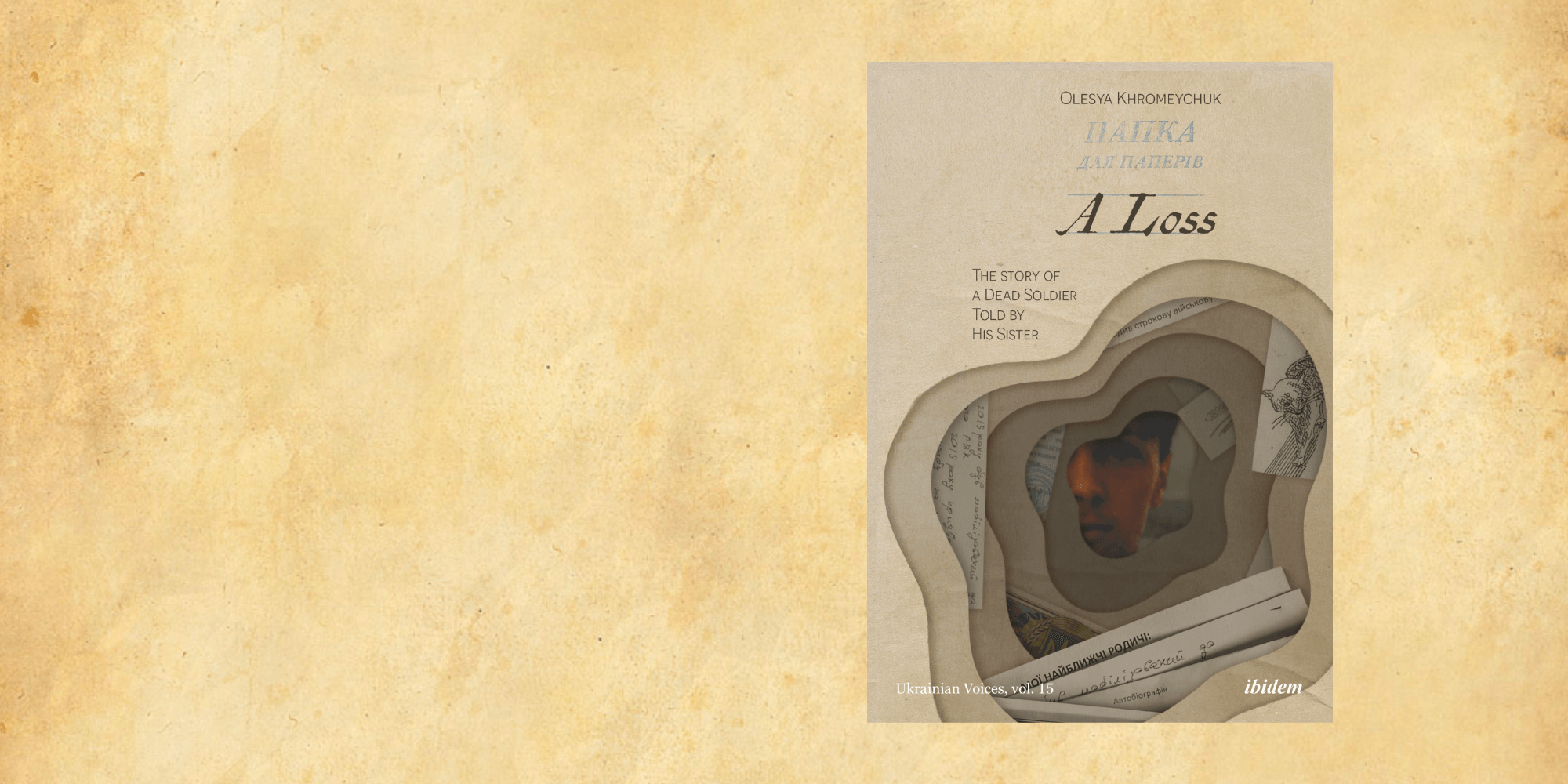 Introducing Olesya Khromeychuk’s book «A Loss. The Story of A Dead Soldier Told by His Sister»

Introducing Olesya Khromeychuk’s book «A Loss. The Story of A Dead Soldier Told by His Sister»