In his famous book «Bowling alone» Robert Putnam made an observation that social capital has shrunk in the US in the course of time. In practical terms, this means that fewer people actively participate in formal organizations and socialize with their friends or family. One may simple ask: «so what?». Indeed, the idea behind social capital is not so obvious for many people outside the academia. Why should someone count how many people play bowling in or out the leagues? Social scientists seem to be obsessed with this kind of routine. In my own research I investigate patterns of online conversations among Euromaidan activists. Seems something not really connected with bowling, however, the underlying theory and motivation is the same. The underpinning idea behind my research is to study social capital.

What is social capital? Eearly sociological tradition that is rooted in works of Mark Granovetter (Thomson Reuters even bid for his Nobel Prize award in 2014), Ron Bart, Henk Flap or Nan Lin presents social capital in terms of benefits derived from social ties. In simple words, a person may know someone. This someone is helpful in providing information, instrumental or emotional aid etc. This tradition generated numerous studies about how many people one knows on average, what is the quality of the connection, who are these ties exactly, what is the link between ties and life-course events.

However, this tradition was not satisfactory for all social scientists. Many of them attempted to compare groups and societies based on the aggregated levels of social capital. Thus, they were testing an idea that social capital improves political and economic systems. In this tradition social capital is a common good that emerges from interactions between people. When people have a long tradition of cooperation and civil engagement, they are more expirienced in solving complex collective problems. That is why their political and economic realms are more effcient. Most notable adherents of this tradition are James Coleman or Robert Putnam. This tradition is especially preoccupied with the studies of democratization and causal links between trust and development as well as civil society.

Previous studies show that Ukraine clearly lacks social capital. That is why Euromaidan came as a big surprise to many experts. Various volunteering organizations mushroomed in Kyiv. How can it be explained? Many believed that this unseen mobilization of social trust and participation is due to the Internet. People don’t trust traditional mass media since the government or oligarchs control them. On the contrary, people may trust to the social activists who voice their concerns online. Furthermore, many believe that a repeated positive experience of online communication served as a bridgehead to the offline social capital growth.

My research challenges this common wisdom suggesting that online interactions was not likely to develop social capital (as a public good that appears from communication) among Euromaidan activists.

I study Facebook page EuroMaidan (Євромайдан) by looking at the process of communication between people. In this sense the Facebook page resembles a concept of public sphere by Habermas. Public sphere links social groups with the state by providing a space where people debate and reflect about important matters and generate opinions. EuroMaidan page was created on 21 of November 2013 and had 305,486 readers (by likes) on December 13, 2014. I collected data of posts and comments from this page from November 2013 till the end of May 2014. Overall, 27,458 posts and 1,123,049 comments are registered in the dataset. Table 1 includes the description of the data.

The main focus of my study is of course not a set of posts but the reaction of people to these posts since I try to investigate communication of activists and a plausability of social capital to emerge from the communication.

Figure 1 shows such reactions in terms of the average amount of likes, shares, comments per day. It is evident that likes dominated.

Figure 2 reveals a ratio of comments to shares. It seems that the EuroMaidan communication can be divided in two stages: before and after March 2014. The time of revolution was not a time of many conversations.

But what about the structure of communicaton? 400 people were selected randomly at the very first week of the existance of the page. They were then followed in the course of time. If two person comment to the same post a tie between them was created. Table 2 lists the amount of people and their connections observed in the data.

*I borrow the periodization from the previous studies.

In the following images this notion is a visualized in a simple way. In the setting A the red dot is an isolate. It is connected to only one other dot, whereas other dots are well connected to each other. In the setting B, however, the same dot is now enjoying a beneficial position. It bridges two different groups, hence, getting information from both sides and facilitating the exchange between them. 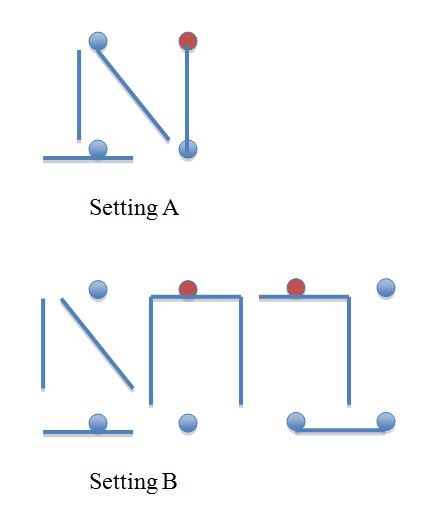 Figure 4 shows the development of links between readers throughout the process of Euromaidan. At the very beginning (Pro-European stage) one may see many scattered dialogs. Soon (Revolution of Dignity) the amount of links between threads of dialogs increased. Then, during the violent stage of Euromaidan the amount of clusters decreased dramatically. This pattern was observed after the end of the revolution as well.

Figure 4. Four network visualizations for each stage of the revolution. 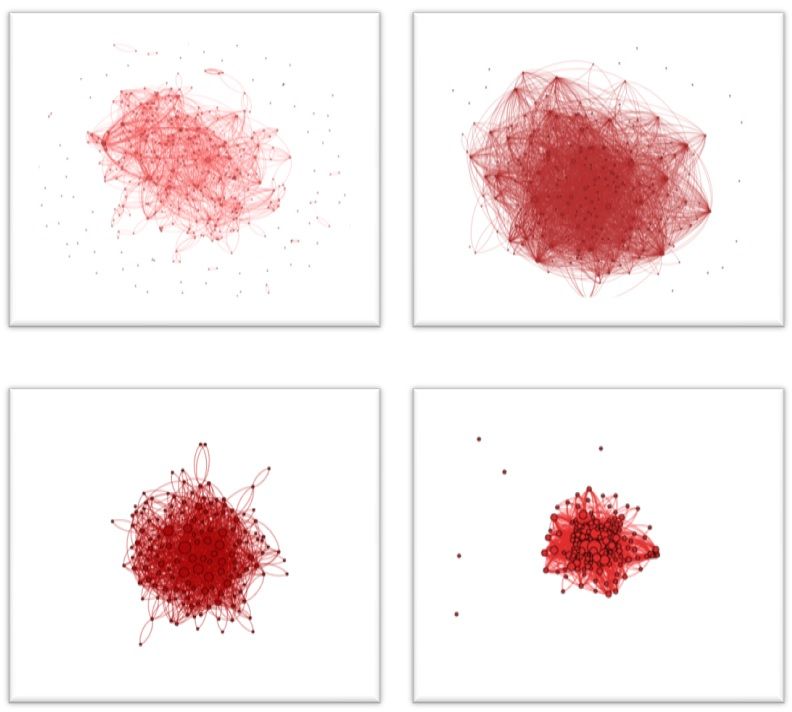 Since online communication dependent on the external factors such as the stages of revolution; and since the amount of online conversations during the revolution was lacking, it is natural to propose that the role of Internet in generating social capital during EuroMaidan was limited.

Most likely, face-to-face communication between activists may provide a better explanation for the Euromaidan social capital conundrum. Although such research exists (for instance here or here) it is still quite scarce and should be stimulated in future. Quantitative research may benefit greatly from exploring social capital in terms of social networks (both personal and behavioral).

It is also possible to draw some practical recommendation for the communication strategies of NGOs or governmental bodies that are concern with promoting civil society in Ukraine. It seems that it is crucial to find a balance between the amount of information and the variability of it. When the amount of information is very high people are not likely to be engaged in the meaningful debates. High amount of information creates structural holes between the clusters of dialogs that can be bridged by some activists. NGOs may think about filling these gaps by investing in the brokerage. When, however, the situation is escalated then the brokerage is redundant.