FAKE: Finland is transferring tanks to the border with Russia

FAKE: Finland is transferring tanks to the border with Russia

Social media users are sharing the video allegedly showing Finland transferring military equipment, mostly tanks, to the border with russia.  However, it is not true: the equipment is being moved for the «Arrow 22» military training, which took place in the settlements of Niinisalo and Säkylä in western Finland – far from the Russian border. 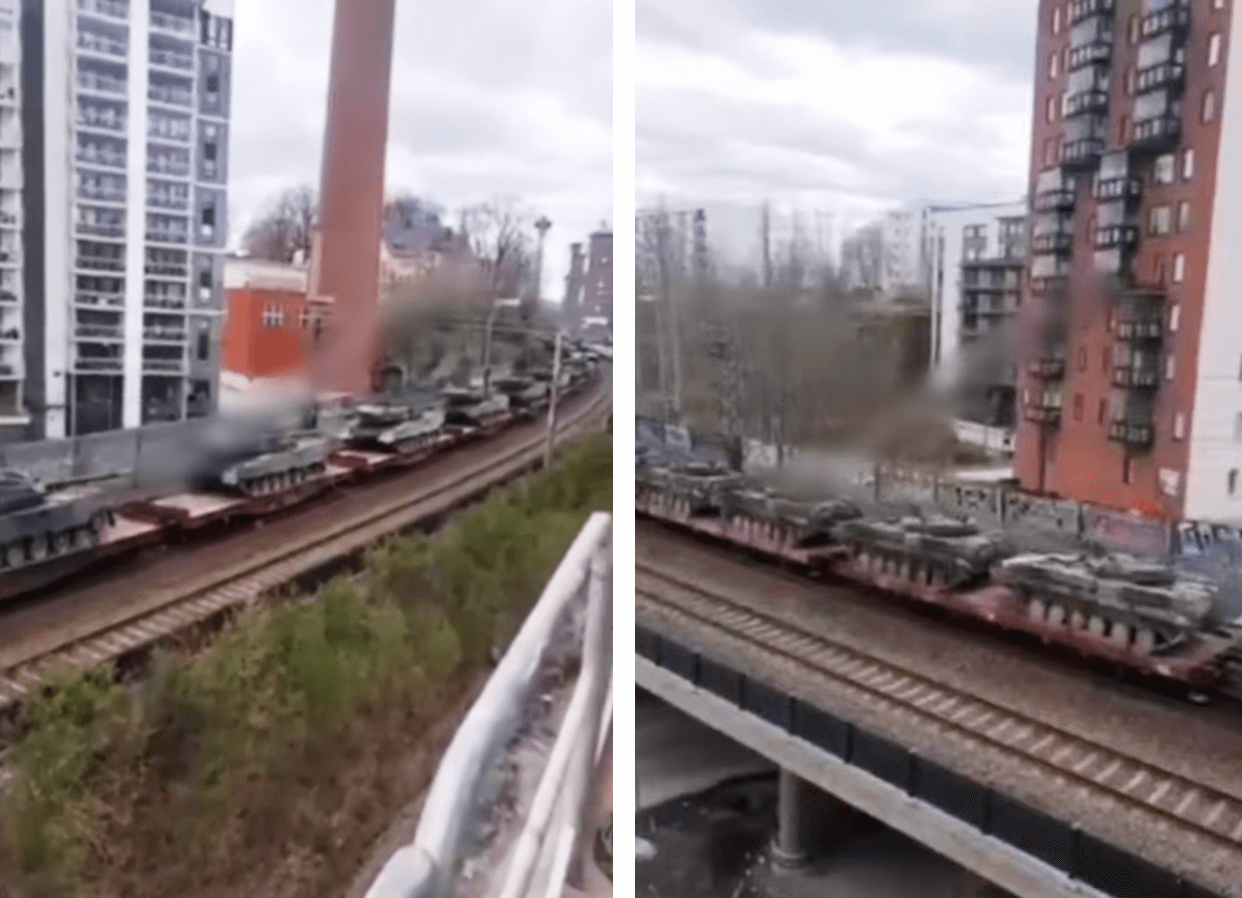 These videos began to spread on social media in early May 2022. Some social media messages show that there are Leopard tanks on the video which are in service in Finland.

Due to the mass spreading of these videos, the Ministry of Defense of Finland made a statement on Twitter. The Ministry confirmed the movement of Finnish equipment recorded on these videos, but it was not transferred to the border with russia. «The movement of equipment is connected with the army mechanized trainings “Arrow 22”. They are taking place in Niinisalo and Säkylä», – the Defense Ministry said.

The distance from Niinisalo to Finnish border with russia is about 330 km, from Säkylä – distance is almost the same. 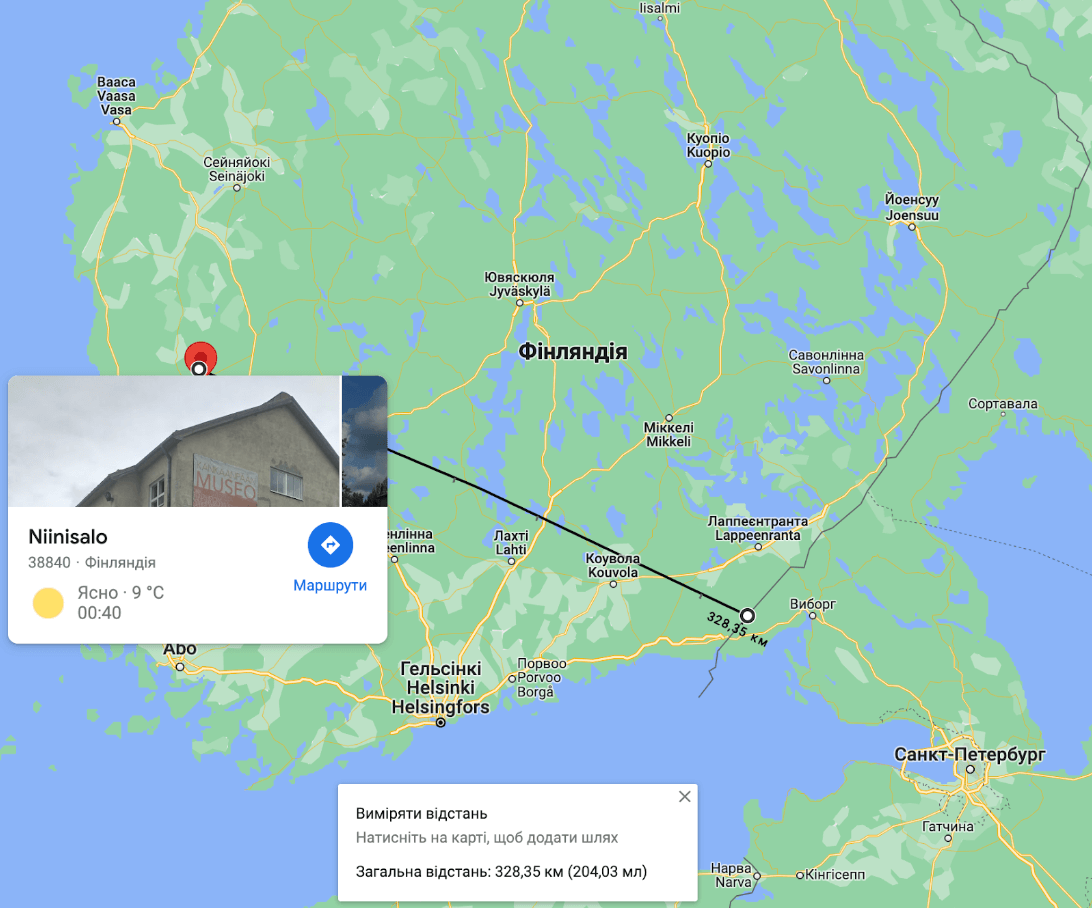 The distance from Niinisalo to Finnish border with russia. Source   — Google Maps 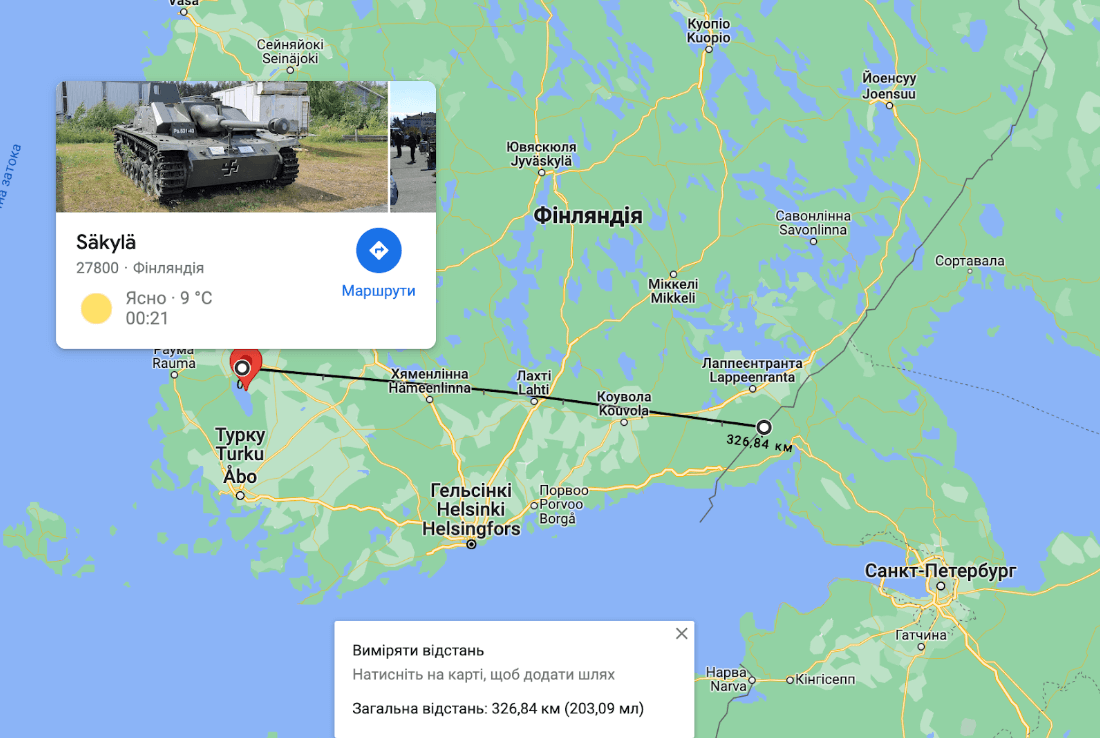 The distance from Säkylä to Finnish border with russia. Source — Google Maps

The trainings «Arrow 22» was announced in the middle of April.  Trainings took place from 2 to 13 May, and were attended by delegations from the United Kingdom, Latvia, the United States and Estonia. The announcement stated that the goal of «Arrow 22» – was to «develop the ability of mechanized units to work in a multinational environment and to work out the adoption of international assistance in the field of national security». Around 3400 servicemen, as well as 150 units of armoured vehicles and about 300 units of military equipment took part in the trainings.

By the way, the announcement of the trainings stated that the caterpillar equipment will be delivered to the landfill by rail. The text does not mention whether Leopard tanks were going to be used, but the announcement itself illustrated a photo of this tank in Niinisalo. 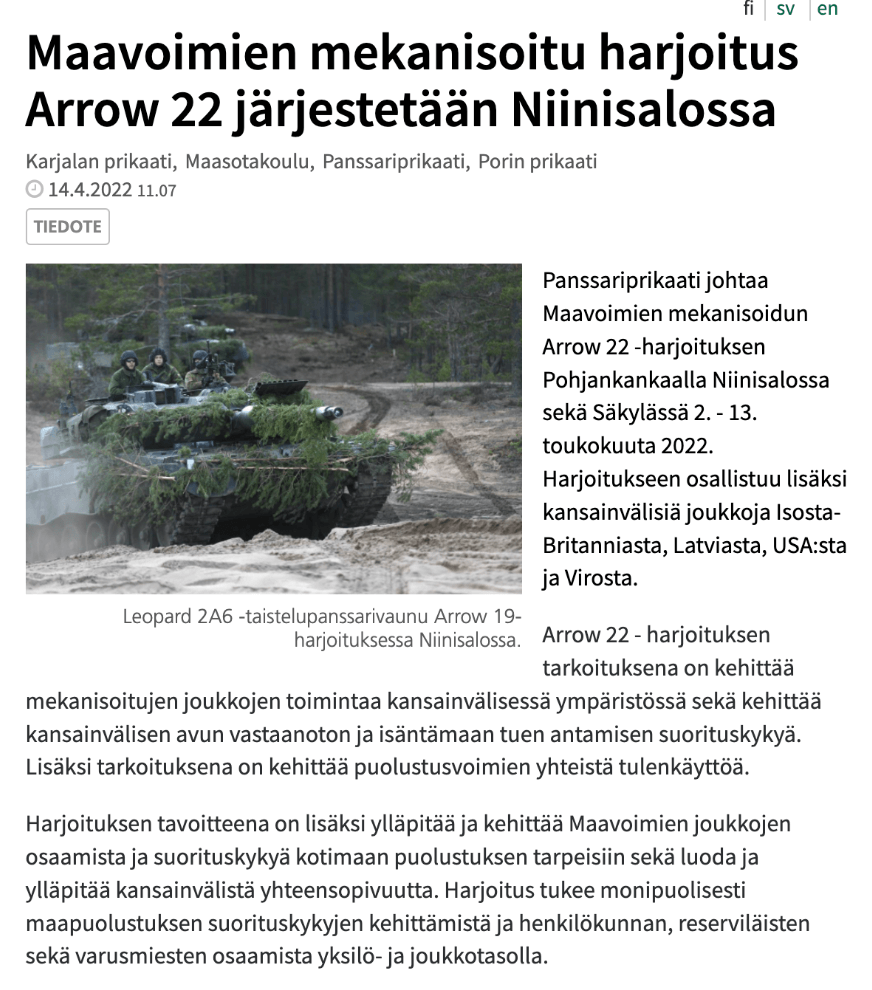 The announcement of military training «Arrow 22» on the website of the Ministry of Defence of Finland. Caption to photo in Finnish: “Leopard 2A6 Arrow 19 battle tank in Niinisalo”

This fake has been already disproved by independent internationlal fact checkers from dpa factchecking. Thanks to Google Maps they found out that the location of the video was the city of Tampere. On the map you can see large chimneys and apartment buildings from the video. If you zoom in the map, you can see that trains on he video are moving to the west, the opposite direction from the russian border. 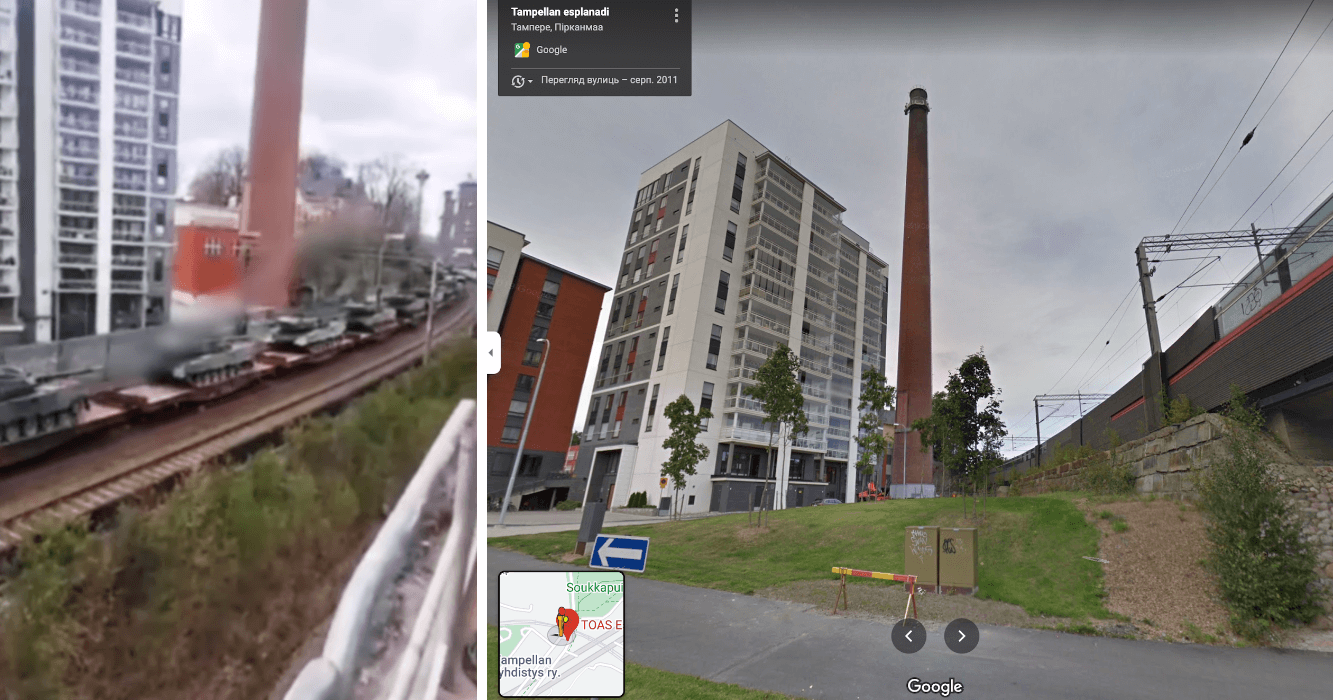 On the left   — screenshot from the video , on the right — photo of the area which trains passed on Google Maps