FAKE: Video of Putin behind bars in the courtroom

FAKE: Video of Putin behind bars in the courtroom

Information about the alleged arrest of Vladimir Putin, the Russian President, is being spread in social networks. There is a video in a post, where you can first see a reportage from the hall of the Moscow District Military Court, where Putin is allegedly behind bars. Then you may see some footage of the rally and footage of Volodymyr Zelensky, the President of Ukraine. 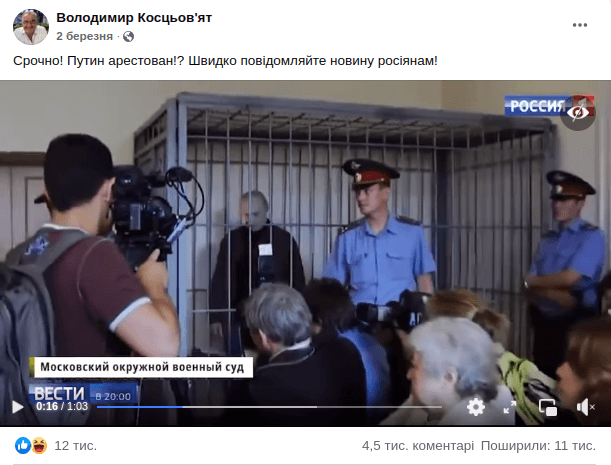 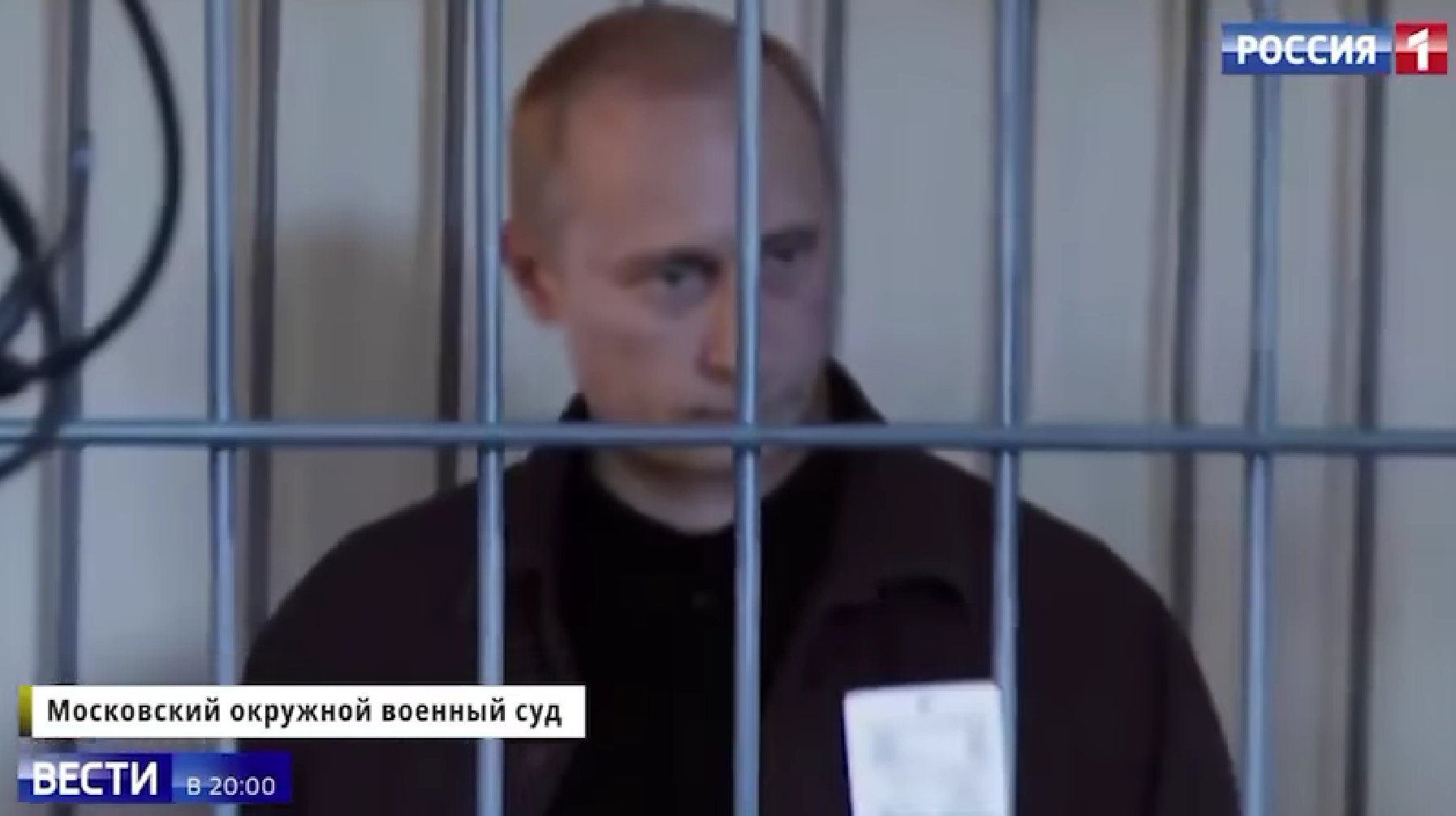 However, this video is a fake, and it has been compiled of a few parts.

At first the video, that was called “The Arrest of Vladimir Putin: A Reportage from the Courtroom”, appeared online on February 13, 2012. That video was also staged. The author of the video said in an interview for “Voice of America” that it was a trailer for the “Assassination of Russia” film.

In such a way, on both videos you can see a shot with a disc box of the “Assassination of Russia” film next to the alleged materials of the case on a table. 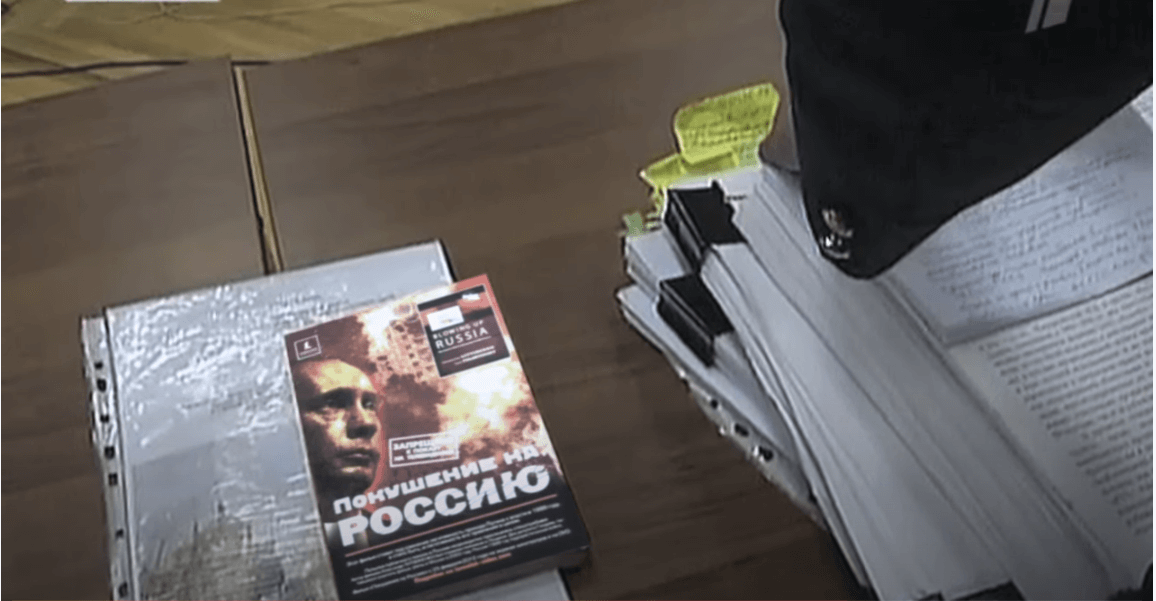 Screenshot of the original video of 2012 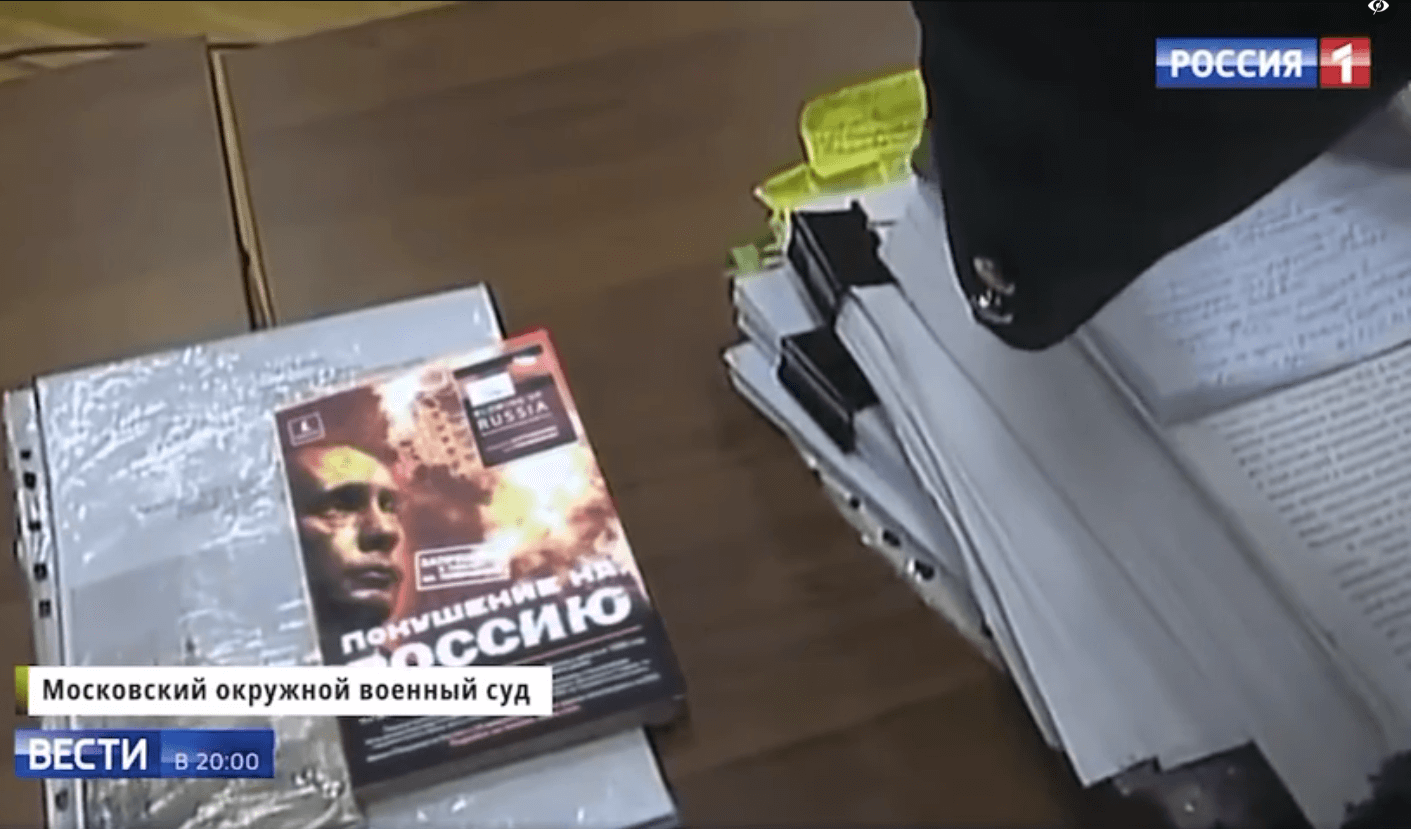 Screenshot from the video of 2022

It was noted in the publication that a real TV reportage from the hall of the Khamovnichesky court in 2010, where the trial of Mykhailo Khodorkovsky took place, was used in the production of the video. Khodorkovsky’s face was changed to Putin’s with a help of a montage.

At the same time, the video of March 2, 2022 was also edited – the name of Russia 1 TV channel was added and the voice-over was changed. It has a different tone and reports different information in the new video.

In such a way, the original “reportage” begins with the words: “We learned that just three hours ago, the former prime minister was escorted to Khamovnichesky court”.

Instead, a voice-over says at the beginning of a new video: “An hour ago, former President Vladimir Putin was escorted to the District Military Court”.

In addition, in a video released on March 2, 2022, a voice-over said that some of the articles accusing Putin sounded like “planning, preparing and waging an aggressive war”, “rehabilitating of Nazism” and “genocide”, and also “Organization of a series of murders”. And Putin is already facing life imprisonment just because of the charges with genocide, and the total term under other articles will be more than two hundred years in prison.

The system, by which the terms of imprisonment for various crimes can exceed a total of life expectancy and sometimes hundreds of years, does exist in the United States.

However, according to the Criminal Code of Russia, the maximum penalty used in Russia is a life imprisonment. On the contrary, if the terms are summed up by a set of crimes or by a set of sentences, the maximum penalty even for some particularly serious crimes (for example, under the articles such as “genocide” or “planning, preparing, beginning or waging an aggressive war”) cannot exceed 30 years of imprisonment in the first case and 35 years in the second.

It should be noted that in the original video, Putin was “accused” of embezzling of state property on a particularly large scale, financial fraud and abuse of power. He was also accused of preparing an act of terrorism in order to intimidate the population and influence the authorities.