FALSE: Interview with Marianna Vyshemirska proves that the bombing of a maternity hospital in Mariupol is a fake

FALSE: Interview with Marianna Vyshemirska proves that the bombing of a maternity hospital in Mariupol is a fake

On April 2, a video interview with Marianna Vyshemirska was published on YouTube. On March 9, 2022, she was in the maternity hospital in Mariupol, which was under fire. She became famous thanks to a photo which was taken by Associated Press photojournalists during the evacuation from this maternity hospital.

Social media users, referring to excerpts from this interview, claim that: 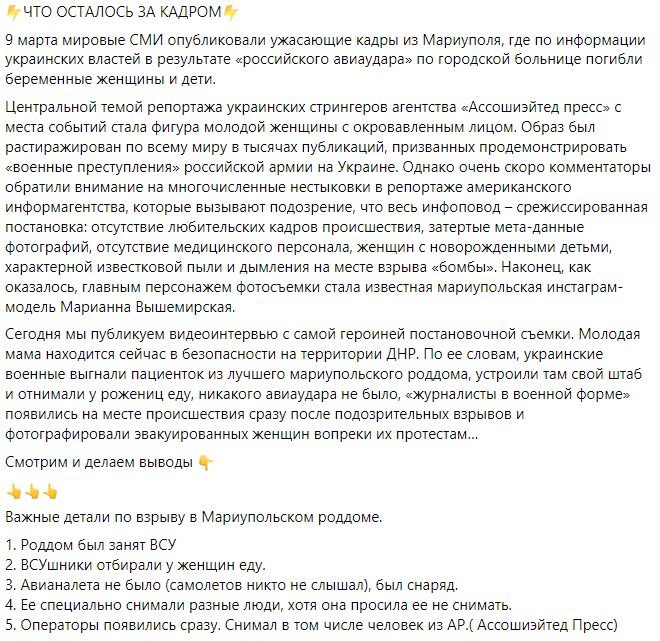 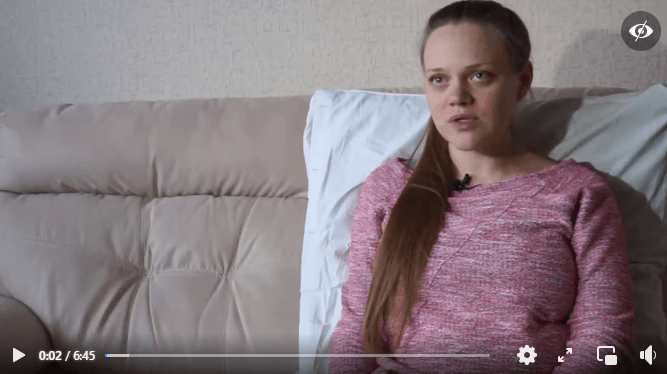 However, the words of Marianna Vyshemirskaya were taken out of context, her interview does not prove the Russian version “about the staging of the bombing of the maternity hospital.” It is also unknown whether the interview was recorded under pressure, as the video was recorded by Russian propagandists.

We remind you that on March 9, Russia fired on a maternity hospital in Mariupol. VoxCheck has previously denied the allegations that the Ukrainian military allegedly staged a provocation and unjustifiably accused Russia. In fact, Sergei Lavrov, the Russian Foreign Minister,  admitted  himself that Russia had deliberately fired on the house. 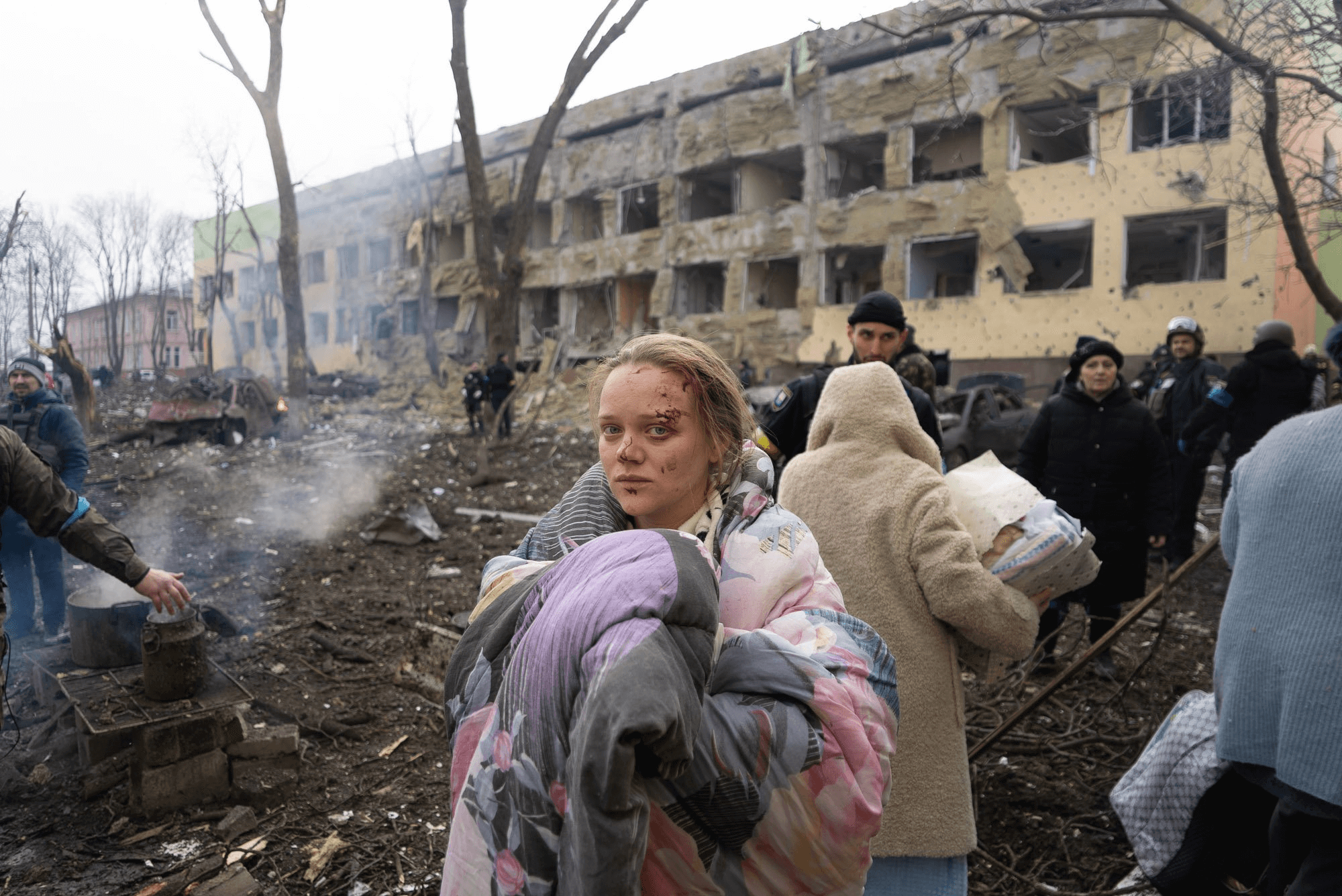 It is necessary to pay attention to the fact who took a video interview with Marianna Vyshmerska. They are Denis Seleznyov , a Donetsk blogger and DPR supporter, and Kristina Melnikova, a Russian military journalist. Russian media Readovka, which collaborated with Melnikova, claims that Marianna is already at home in Makeyevka (Donetsk region). Makeyevka has been under temporary occupation since 2014.

It is unknown whether this interview was recorded under pressure. On the one hand, at the request of Denis Seleznyov, Marianna addressed Volodymyr Zelensky at the end of the video and urged him to seek compromises to end the war quickly. This is in line with the style of Russian propaganda – to place all responsibility for the war and its end exclusively on the Ukrainian side. On the other hand, during the interview, Marianne repeatedly contradicted the version spread by the Russian media after the shelling of the maternity hospital. She did not call the shelling of the hospital a staging and did not justify the actions of the Russian army.

At the same time, it should be understood that Mariupol was already surrounded at that time. It is logical to assume that the military will be forced to use civilian infrastructure to protect the city when the area around the city is occupied by the enemy. 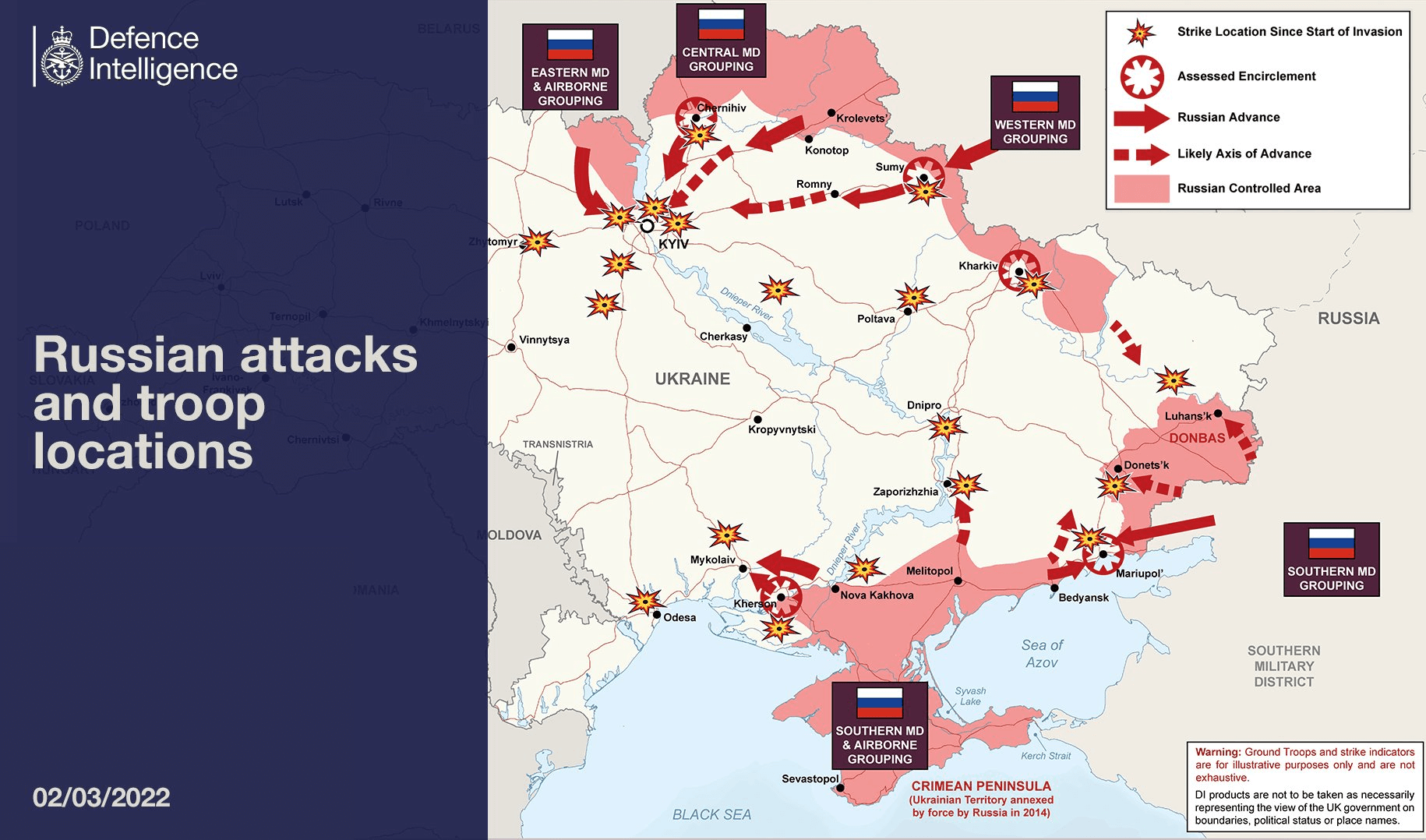 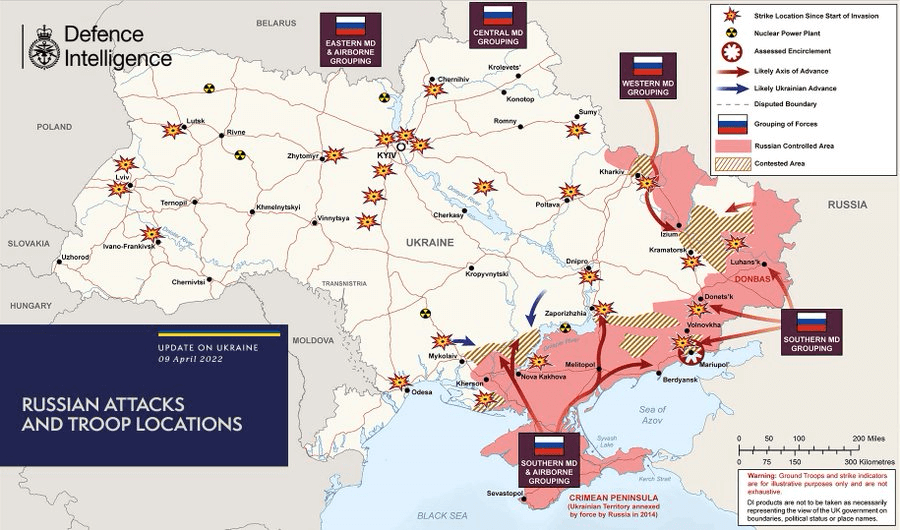 Mariupol has been surrounded since March 2, according to the British intelligence services

Near the maternity hospital, locals organized a field kitchen. According to Marianna, only once the Ukrainian military came to them and take ready-made food in this kitchen, as they had not had food for the previous 5 days. While the phrase “The militaries of the Ukrainian Armed Forces took food from women”, as written in Facebook posts, gives readers the impression that Marianne allegedly said that the military systematically took food from locals. As in the case of the maternity hospital №1, we cannot verify the accuracy of this information.

On March 9, Marianne heard  the explosions of two shells. However, she cannot confirm that it was an air strike, as neither she nor the other residents remember the sound of the aviation operation.

However, not all witnesses to the explosion can determine exactly what caused it. Yuriy Ignat, a spokesman for the Air Force, confirmed in a comment to Ukrayinska Pravda that it is almost impossible for an inexperienced person to distinguish the means by which enemy forces strike. A similar position is held by military analysts – experts interviewed by the Russian opposition publication Medusa say that it is not always possible to hear the work of military aviation. The ability to hear the bomber depends on the weather, the distance between the aircraft and the target for bombing, the type of projectile used.

Representatives of Ukraine and journalists who filmed the moment of the explosion insist that it was an air strike on the hospital. Joseph Bermudez, an analyst at the Center for Strategic and International Studies, believes that the size of the crater on the ground from the impact and the nature of the damage to buildings confirm the version of the air strike. 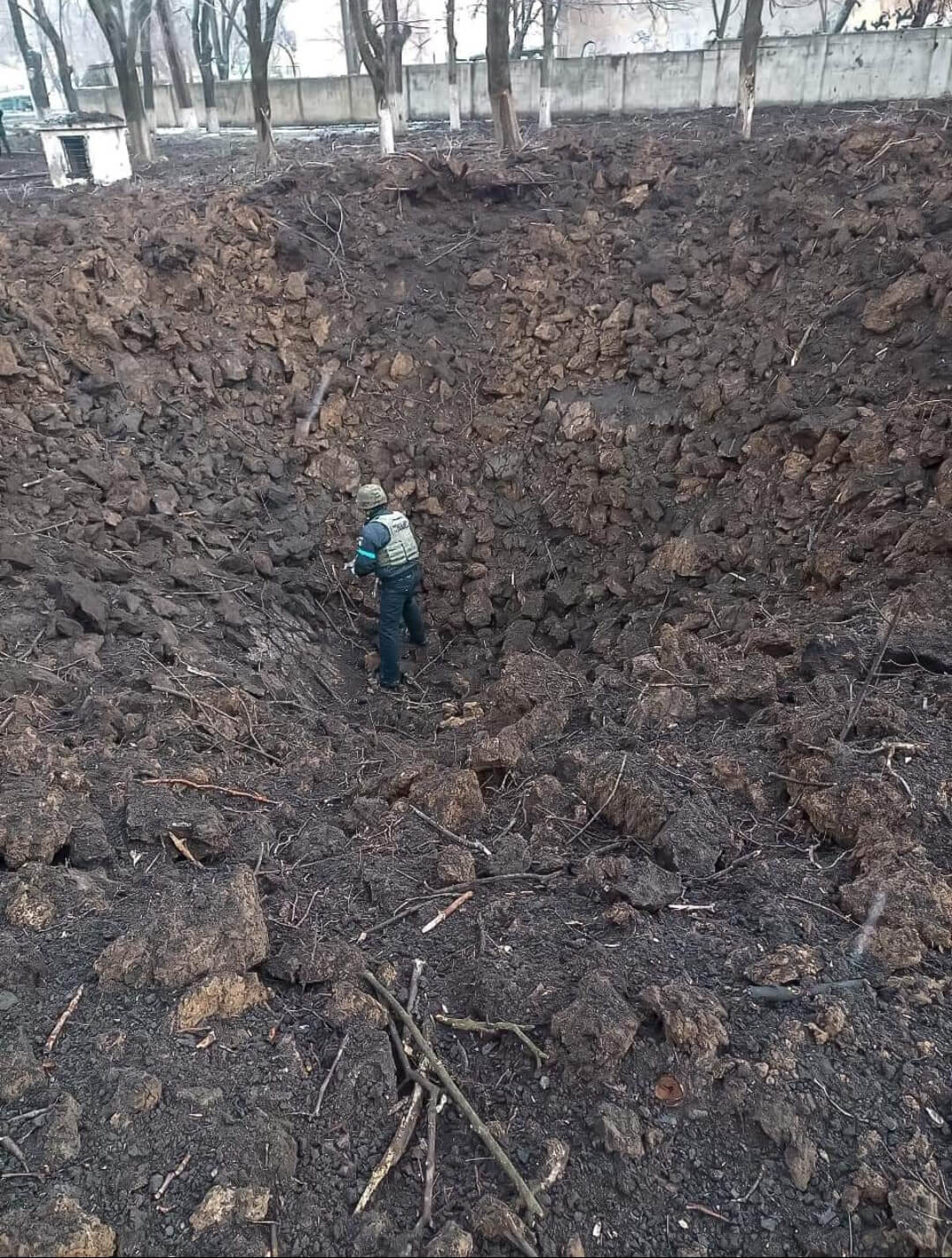 Crater after the impact near the hospital

The journalists who took photos of Marianna and other victims of the shelling did not actually appear immediately after the explosions. Marianne says they arrived at the scene about 12 minutes after the blasts.

The Associated Press, which works with Mstislav Chernov and Yevhen Maloletka, Ukrainian photographers, claims that the journalists were there 25 minutes after the explosions.

In both cases – 12 and 25 minutes – the time cannot be described as “appeared immediately.”

Chernov and Maloletka were in Mariupol from February 24 to March 15. Both are known to often work in dangerous conditions – in areas of conflict or political crisis. For example, Chernov previously reported in Afghanistan, Nagorno-Karabakh, Iraq, and Maloletka covered the events of the Revolution of Dignity and the war in Donbass since 2014. Therefore, it is not surprising that these journalists were in Mariupol after a large-scale Russian invasion.