Social media spread information that Ukraine’s state symbols were allegedly borrowed entirely from other countries, and that Ukraine never existed until the twentieth century. The posts claim that: 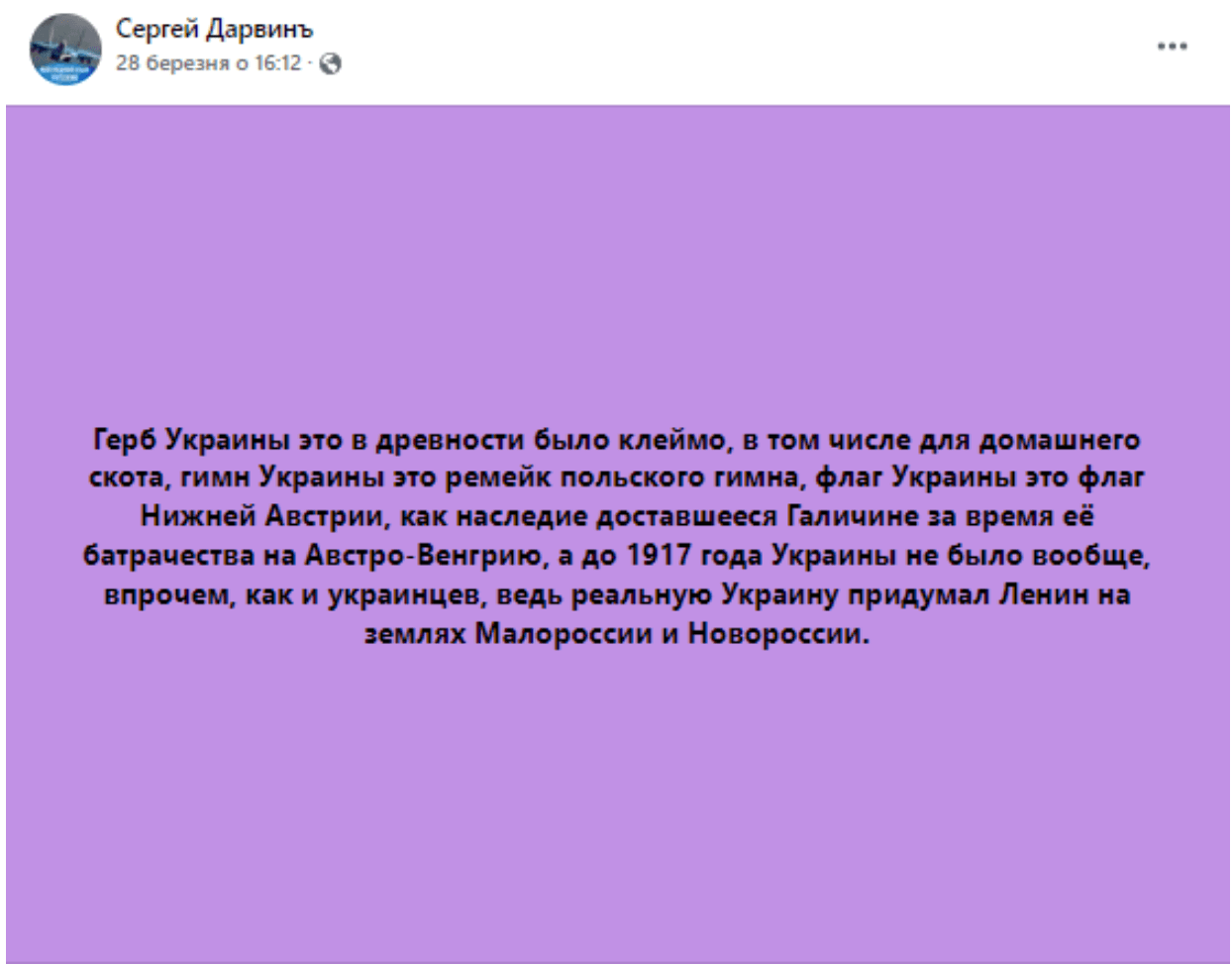 However, that is not true. Let us explain why.

About Ukraine’s coat of arms

Ukraine’s current court of arms dates back to the times of Kyivan Rus, where it was the emblem of the ruling Rurikid dynasty. There is currently no consensus among historians on the symbol’s origin. Nevertheless, the trident was found on coins and seals of Kyivan princes, including such prominent ones as Sviatoslav Ihorovych, Volodymyr the Great (during whose reign Rus converted to Christianity), and Yaroslav the Wise. In 1918, the trident became the state symbol of the UPR. The UPR government in exile used the same sign.

There is also no consensus among historians on what had the most significant influence on the author of the lyrics to the Ukrainian anthem Pavlo Chubynsky at the time of writing. Ukrainian historian Yaroslav Hrytsak believes that Chubynsky most likely did write the anthem influenced by the Polish song “Jeszcze Polska nie zginęła ”(“Poland is not yet lost”). According to the historian, at the time, Polish nationalism had a significant impact on liberation movements in Eastern Europe, whose almost all peoples were under colonial influence. There is also speculation that the anthem was influenced by a Serbian patriotic song Chubytsky had heard from Serbian students. In the 19th century, Serbs, like Ukrainians, fought for their freedom, so the song’s motifs were close.

Notably, borrowing motifs for anthems is not an isolated case. Israel’s anthem contains the lines “as long as deep in the heart, the soul of a Jew yearns” and “our hope will not be lost,” which are similar to the Ukrainian lines “Ukraine has not yet perished, nor her glory.” Jews, like Ukrainians, had long been ruled by other states. The melody of the patriotic song “Hey, Slavs,” which was once the national anthem of Yugoslavia, is also based on “Mazurek Dąbrowskiego” currently used as the Polish anthem. Finally, the russian anthem uses the Soviet anthem’s music.

We can trace the history of Ukraine’s flag back to the times of Kyivan Rus. The Kingdom of Galicia–Volhynia symbols combined blue and yellow, in particular a golden lion on a blue background. Blue-and-yellow flags began to predominate among the Ukrainian Cossacks starting in the 18th century. The blue-and-yellow flag was first used as a Ukrainian national symbol in 1848 during the Springtime of the Peoples in Europe. In June 1848, the yellow-and-blue flag was raised at the Lviv Town Hall for the first time.

The flag of Lower Austria (one of Austria’s federal states) does indeed resemble the Ukrainian flag, as argued in the posts. 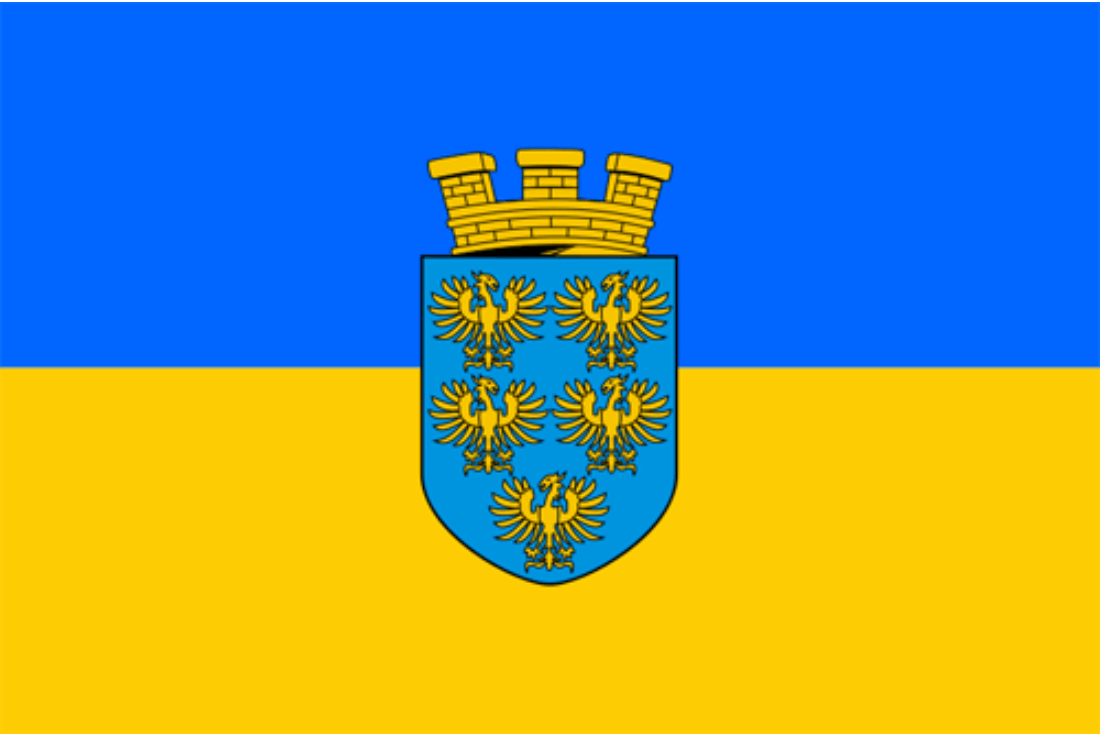 It comes from the federal state’s coat of arms, combining blue and yellow. However, the similarity in appearance between the flags does not mean they were historically identical. Ukrainian lands, being part of the Austrian Empire, were never part of Lower Austria. They formed a separate administrative unit, the Kingdom of Galicia and Lodomeria. Moreover, visual similarities between flags are pretty common. For instance, the flag of Salzburg, another federal state of Austria, is similar to that of Indonesia. Notably, no part of Indonesia has ever been under Austrian rule. The flag of Monaco is also similar in appearance.

False statement about Lenin as the creator of Ukraine

The idea that Lenin allegedly created Ukraine was recently disseminated by russian president vladimir putin, who thus tried to justify his aggressive policies. However, historical facts prove that Ukrainian statehood dates back to the times of Kyivan Rus. After its disintegration, the lands of Ukrainians came under the rule of the Grand Duchy of Lithuania and later the Polish–Lithuanian Commonwealth. The Ukrainian national liberation movement was formed at the time, prominently represented by the Cossacks, who tried several times to create their own state on ethnic Ukrainian lands. After the expansion of the russian empire, Ukrainian lands became its part. After the empire’s collapse, the Ukrainians rebuilt their state, which was occupied again in the 1920s by Bolsheviks led by the “creator of Ukraine,” Lenin. Nearly a thousand years had passed between Kyivan Rus and Lenin’s birth. Under Soviet rule, Ukrainian lands existed in the form of the USSR. After the Soviet Union collapsed, Ukrainians regained their state’s independence.