Social media disseminated information that the Ukrainian Armed Forces once again destroyed the russian military in Chornobayivka and allegedly liberated the airport. Pictures allegedly from the scene were added to the posts.

Our Chornobayivka again! Ours struck the occupiers and freed the airfield! Striking footage from the AFU is here. 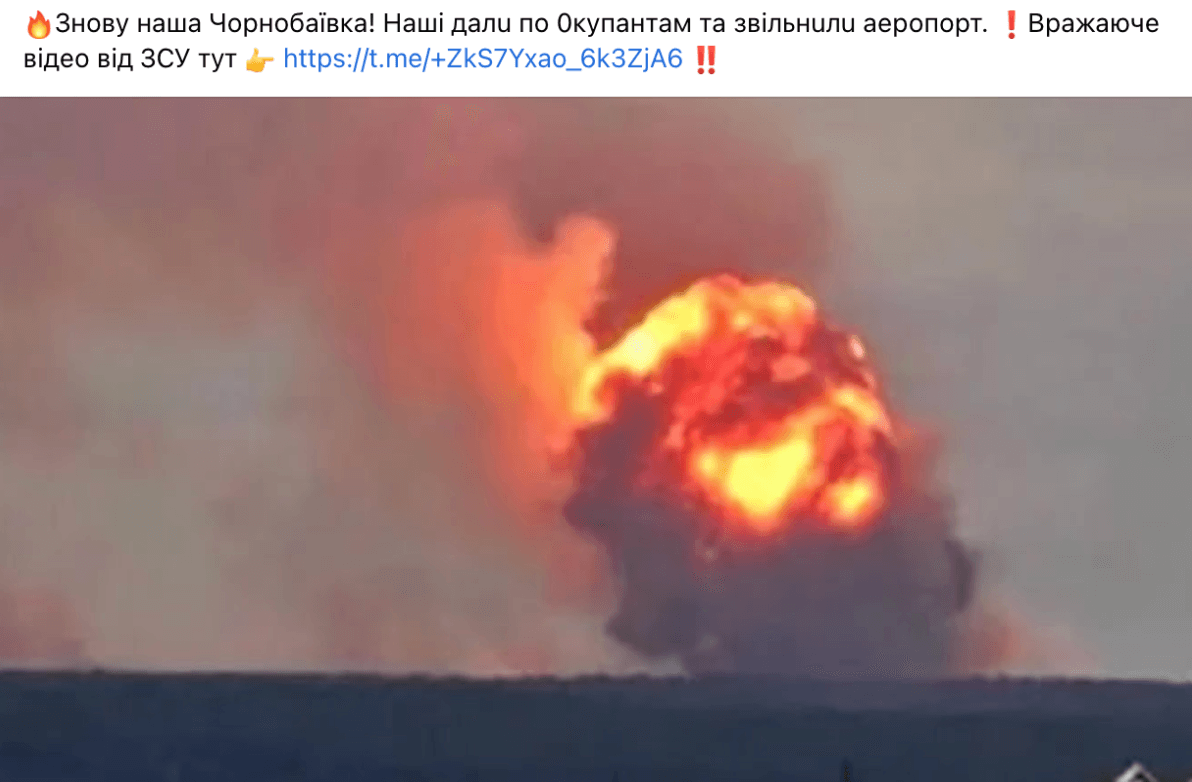 Let us explain what’s wrong with it.

Please, note that the text of the news is written in a combination of Cyrillic and Latin letters (c.f., the text uses the Latin “u” used instead of the Cyrillic “u” in the words “dalu” [beat] and “zvil’nulu” [freed]). The text is emotionally charged. These signs indicate that you are dealing with either a fake or a clickbait.

Besides, the posts contain a link to a Telegram channel that allegedly published footage from the scene. However, the link leads to a closed Telegram news channel, not a specific message. You must wait for confirmation from the administrator to access the channel. News stories with impressive photos and headlines are spread to deceptively increase the number of subscribers to the Telegram channel.

According to Oleksiy Arestovych, an adviser to the head of the President’s Office, as of April 19, the Ukrainian military had struck the russian army in Chornobayivka 16 times. The previous strike (the 15th in a row) was reported on April 14.

Besides, the airfield in Chornobayivka is controlled by the russian military. Ukraine’s Armed Forces did not free the airport. They only destroyed multiple rocket launchers and a missile ammunition depot.

Facebook posts with illustrations appeared on April 17. According to TinEye and Google reverse image search results, the picture was disseminated for the first time in 2019. The image shows an explosion at an ammunition depot in russia in 2019, not the fighting in Chornobayivka. 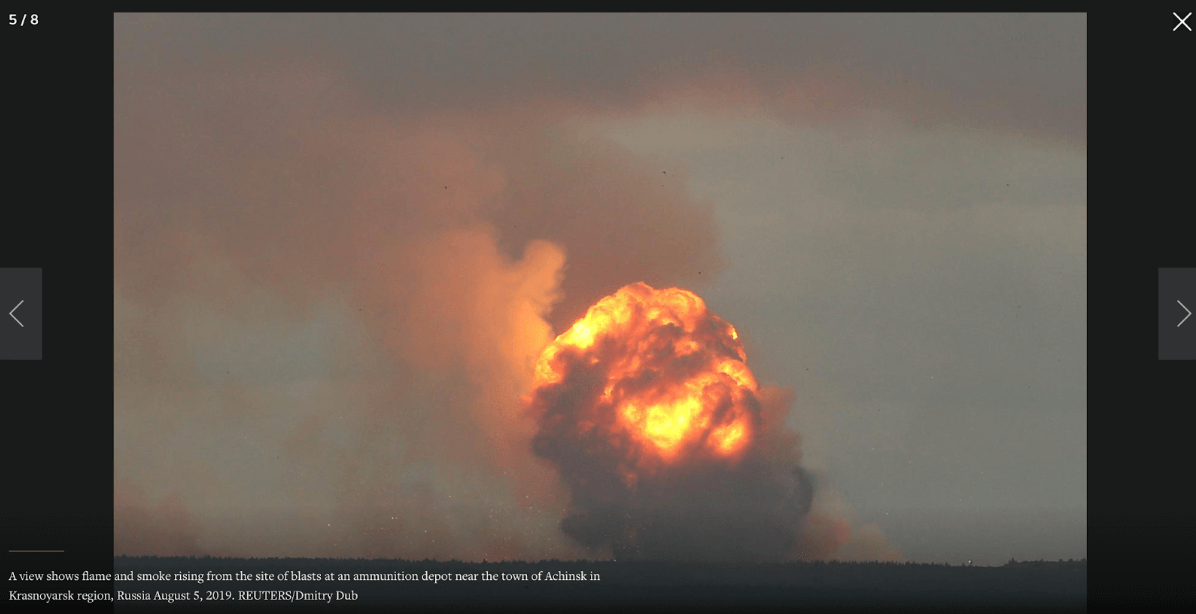 On August 5, 2019, a fire broke out at a military depot in the city of Achinsk in Krasnoyarsk Krai. A photo from the scene posted by Reuters was used as a photo of the fighting near Chornobayivka.

Photos from the scene in Achinsk in 2019