Ukrainians Already Pay For Gas Much More Than They Should

Nominal price for gas paid by Ukrainians is lower than in Europe and even gas-rich Russia, but in fact Ukrainians pay much higher price 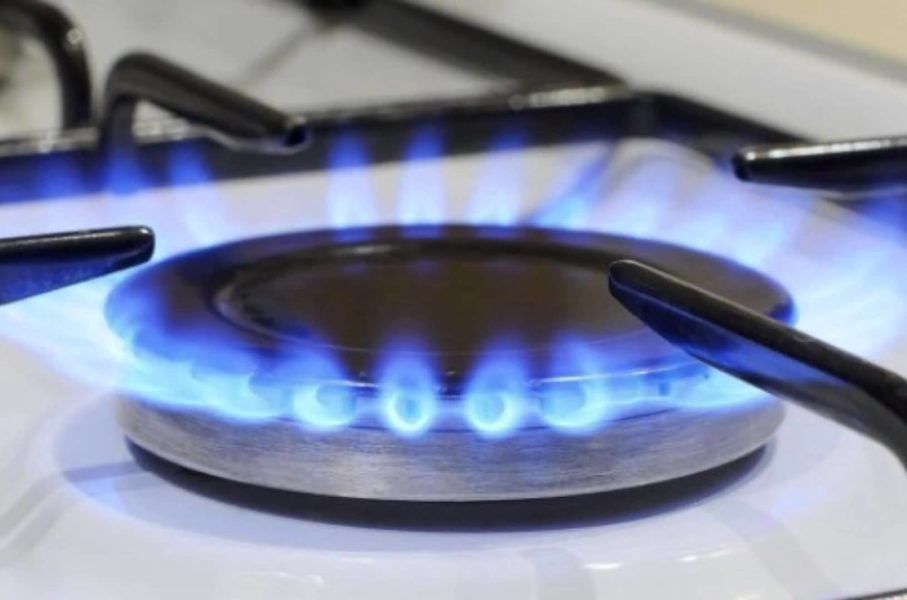 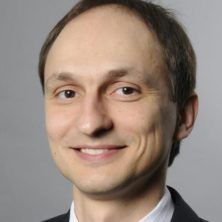 Technically, Ukrainians pay for gas less than in Europe and even gas-rich Russia, write in op-ed Dragon Capital’s Denis Sakwa and Olena Bilan (Bilan is also a part of VoxUkraine). But in fact, they suggest, it is much higher price, if you think of economic distortions caused by the way gas price is calculated, energy inefficiency, corruption and macroeconomic vulnerability.

In May 2014 Ukraine’s government hiked domestic gas prices to households by 63%, equalizing it with price paid by heating companies. Since that time the population pays on average UAH 1,309 (around USD 111) per thousand cubic meters (tcm) of gas (including 20% of value added tax). The price is lower than $143/tcm paid by population in neighboring Russia. It is even higher in Europe, where price ranges from $425 in Hungary to $1,630/tcm in Sweden. But accounting for all sorts of distortions caused by current gas setting mechanism the actual price paid by Ukrainians in general is significantly higher.

Gas is the cheapest and the most convenient source of energy for population in Ukraine, compared to wood, coal, and pellets (with probably one exception of electricity). Average household pays UAH 164 (USD 14) to get 1GKal of energy from burning gas. This is twice lower than getting same amount of energy from coal and almost three times lower than environmentally friendly wood pellets. After initial investment in gas delivery infrastructure there are no issues related to procuring, delivering or storing gas as well as discharging remaining ash, as is the case with solid fuels. Thus, it makes no economic sense to switch from natural gas to other fuels for all groups of consumers, except for the upper consumption band (for which the convenience of gas may actually win over other types of fuels). It makes no sense either for many in Ukraine to invest in more energy efficient insulation or boilers, as payback will not be achieved in reasonable time frames. Low gas tariffs encourage waste and prevent introduction of energy-saving technologies at household level, as return on investment in alternative sources of energy for a household is simply negative.

There is no surprise that Ukraine is known as one of the least energy efficient countries in the world. Based on World Bank data Ukraine’s economy generates $3.0 of value added from 1kg of oil equivalent, which is lower than $4.4 generated by oil- and gas-rich Russia and Kazakhstan not to mention European neighbors like Hungary or Romania, which are almost three times more efficient than Ukraine. While energy efficiency in industrial sector keeps improving (thanks to market prices paid by industry) Ukraine still significantly lags behind European countries and as a result heavily depends on imported gas despite having significant domestic gas deposits.

Delivering gas to thousands of relatively small consumers is quite understandably more expensive than doing so for few larger ones. This explains why in most countries residential gas tariffs are higher than prices for industrial consumers. In Ukraine situation is the opposite: while gas prices for industrial customers are as high as or even higher than in Europe, residential tariffs are the lowest. Difference between gas tariffs creates corruption opportunities: there is strong incentive to use cheap gas meant for population for industrial purposes. 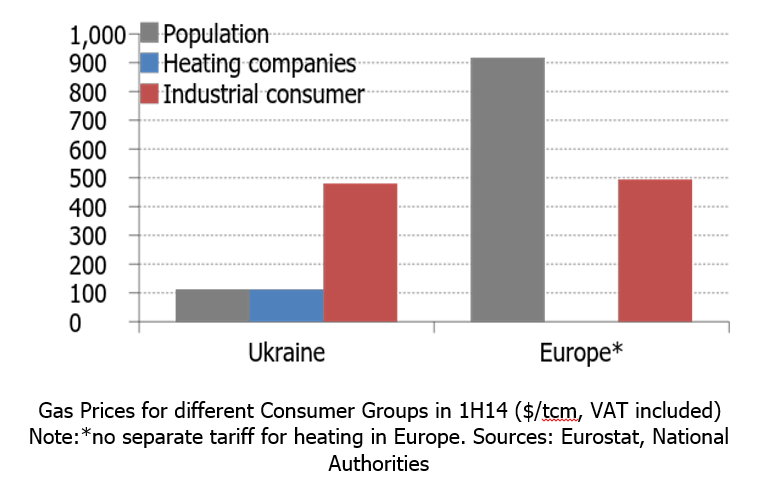 Economic weakness and vulnerability to shocks

The government compensates for low gas prices by subsidizing state oil and gas monopoly Naftogaz Ukrainy. Naftogaz received 97 billion hryvnias (USD?) of state support in 2014, of which 22 billion hryvnias (1.85 billion in US dollars) were used to pay to external bond-holders and the remaining 75 billion (6.35 in US dollars) essentially represented gas subsidy. This is exactly what government intended to spend on defense, safety and civil order combined. There are numerous ways to use money more effectively rather than spending them on subsidizing inefficient gas sector. For example, increase spending on defense or raise state investment to soften economic recession. Instead, state support to Naftogaz creates burden on the budget without generating value added and thus contributes to economic weakness. This all leads to the decline of central bank reserves and growing public debt. People do not feel the pain of weak economy in their day-to-day life, but are pinched hardly at times of economic crisis, which proves to be deeper and longer when economy is weak.