IMF Program for Ukraine: What to Expect

The IMF released details of its Extended Fund Facility (EFF) program for Ukraine. The program has a number of good elements. As VoxUkraine discussed before, the program provides much needed foreign currency so that the National Bank of Ukraine can tame the panic and stabilize the hryvnia. As a part of the deal, the Ukrainian government promised to do a significant fiscal consolidation.

The IMF released details of its Extended Fund Facility (EFF) program for Ukraine. The program has a number of good elements. First, as VoxUkraine discussed before, the program provides much needed foreign currency so that the National Bank of Ukraine can tame the panic and stabilize the hryvnia. Second, the program is also front-loaded: a big chunk of the IMF support (almost $10 billion) arrives in 2015, a critical year for Ukraine. Third, the program puts a lot of pressure on the Ukrainian government to implement real reforms. Such conditionality could be desirable given the timid pace of reform in 2014. Fourth, it allows Ukraine to attract more external funding which can help relax some of the budget constraints in the nearest future.

Of course, these countries are different from Ukraine and hence the comparison is not easy. The PIGS countries could not devalue their currencies (they are in the euro zone) to stimulate their economies, but their banks had access to lending from the European Central Bank which attenuated the adverse effects of the banking crisis in these countries. Ukraine’s hryvnia depreciated deeply—a force that makes prices of Ukrainian goods competitive and thus stimulates export—but it crippled the banking sector and the National Bank of Ukraine can do only so much to help the banks without igniting inflation. The net effect of these opposing forces could be such that the differences are not as large as they may seem. If so, the experience of these countries has not been terribly encouraging. For example, the Greek GDP fell by 25 percent since the start of the crisis. 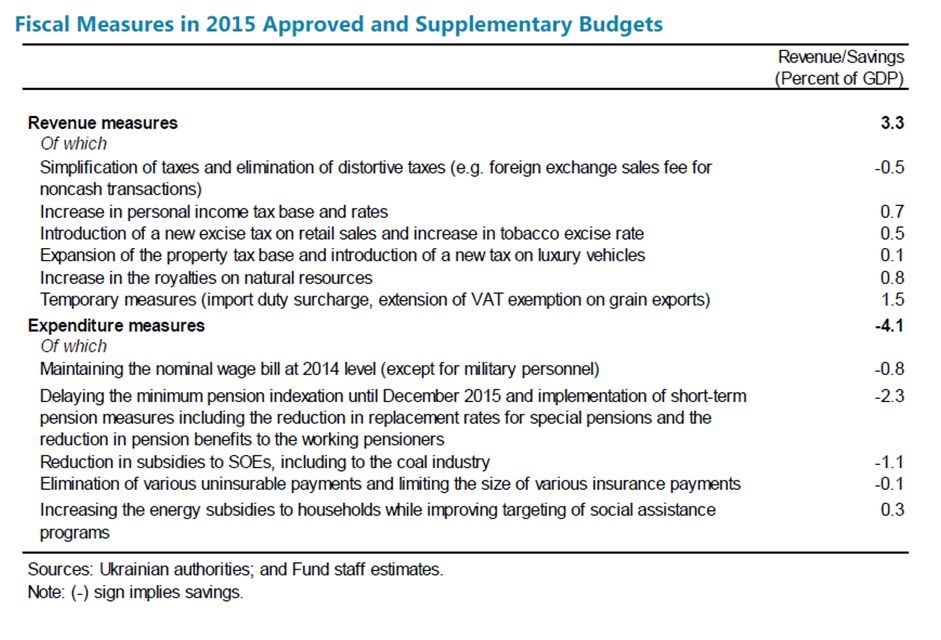 The IMF forecasts that Ukraine’s GDP will contract by 5.5 percent in 2015 before resuming growth in 2016. Such contraction does not seem terrible given the circumstances but one may worry that the projection is too optimistic for at least two reasons.

First, the IMF underestimated the depth of the contraction in 2014 (see Figure 1) by about 2 percent. Some of the forecast error could be attributed to the escalation of the conflict in eastern Ukraine. If there is a new round of escalation, the downturn in 2015 may be deeper than projected by the IMF. 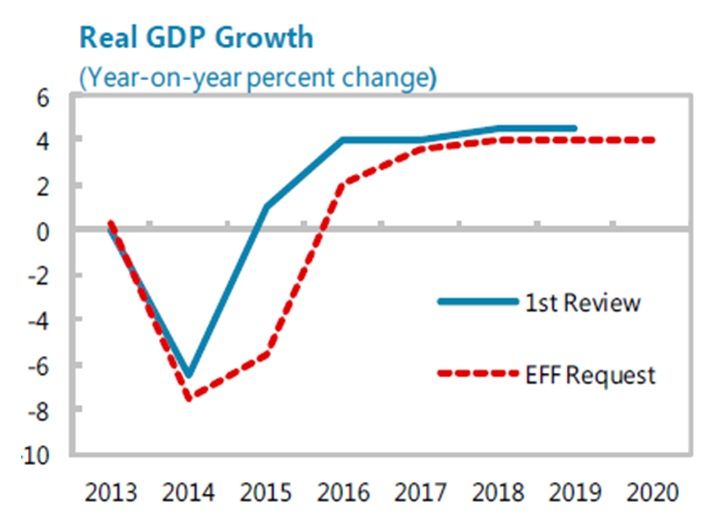 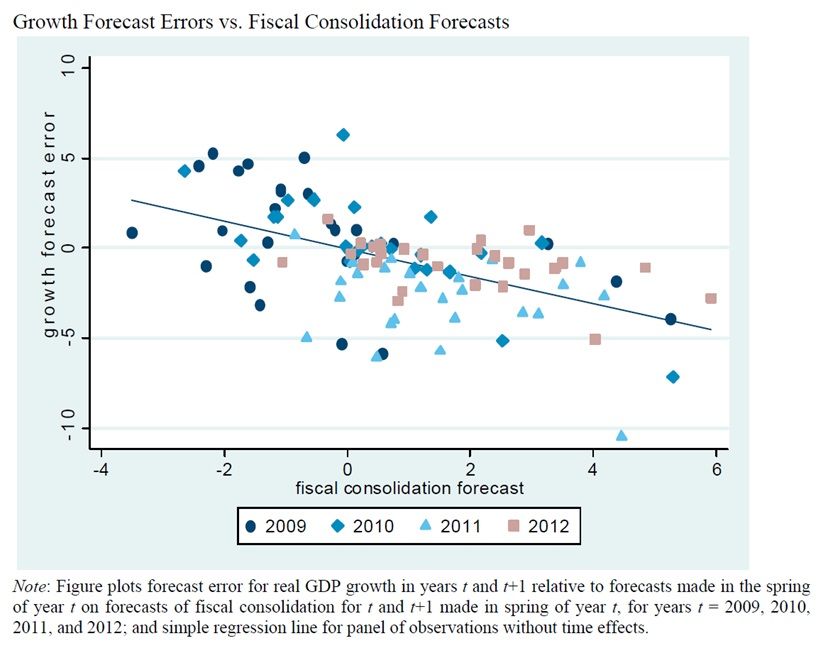 In summary, the EFF program has costs and benefits for Ukraine. In all likelihood, 2015 is going to be a very tough year. Yet, given extremely scarce resources, Ukraine likely had little choice: accepting the terms of the IMF was perhaps the best option. In any case, the current government has to fight corruption as fiercely as possible and to implement reforms as quickly as possible if it wants to survive 2015. 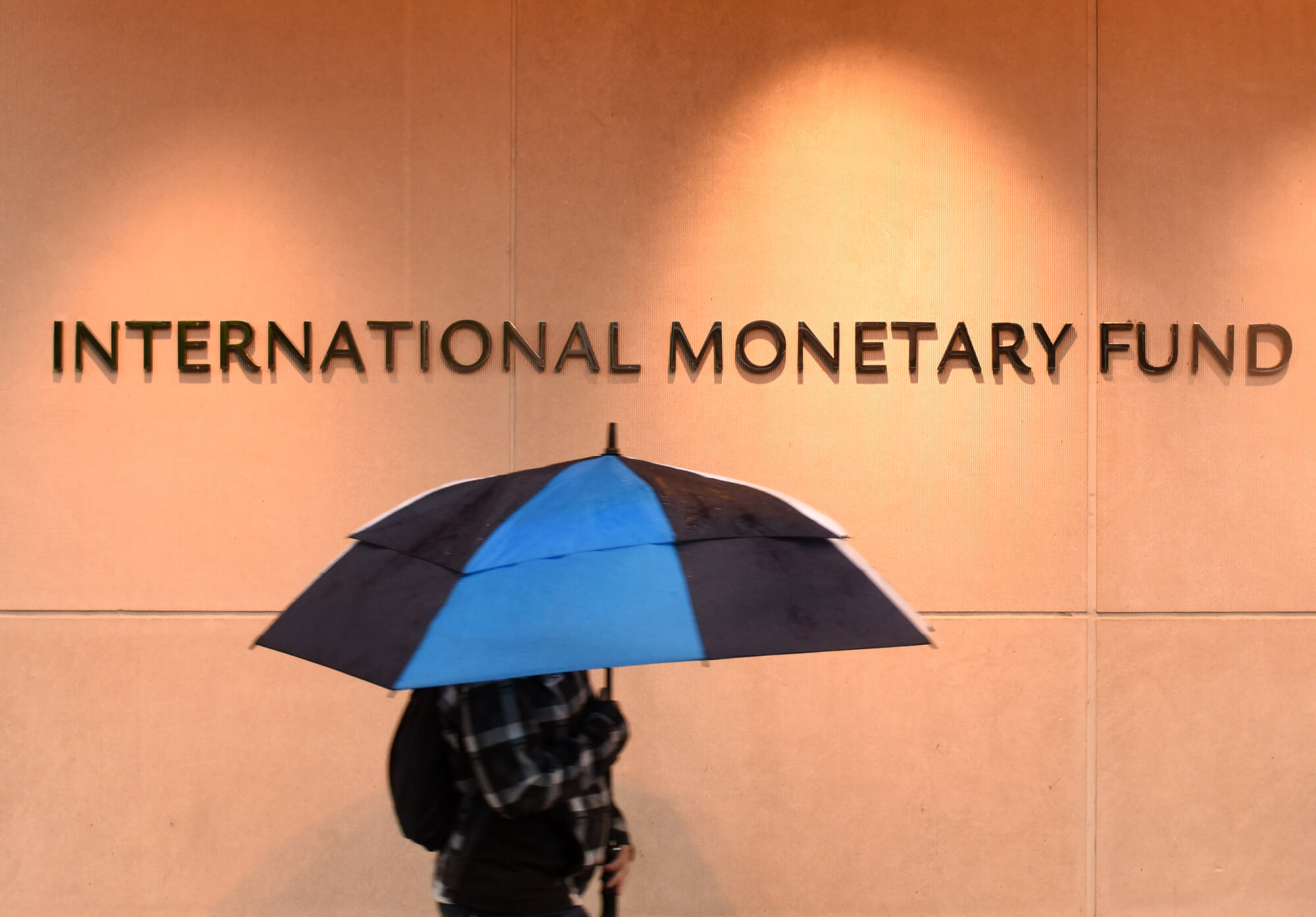