“Eastern Region” is an industrial park established in December 2020 in the town of Popasna in the Luhansk oblast. Currently, a manager to run this area for 30 years is being looked for. The Luhansk Regional State Administration hopes that it will attract more funds into the town’s economy, making it more attractive for investors. And the Ministry of Reintegration believes that Ukraine-controlled Donbas should become a platform for transformation. According to the Ministry, this way we show that Ukraine is successful, and Donetsk and Luhansk regions are part of Europe. Will these expectations come true?

What comes to your mind first of all upon hearing the words “industrial park”? State-of-the-art labs? Modern production? Research spaces with leading scientists? Unfortunately, a “domestic Silicon Valley” looks a bit different – the most frequently seen facilities are warehouses and logistics centres. On April 15, the Verkhovna Rada passed a draft law on industrial parks in the first reading. It is already not the first draft law of the kind. Will it give a real impulse to the development of industrial parks? Will it help attract direct investment into Ukraine’s economy? And how have such parks been developing under the current legislation?

What are these industrial parks, and how do we benefit from them?

Ideally, an industrial park (IP) is an area set aside when doing city planning, specifically for industrial development. In Ukraine, industrial parks are usually old industrial zones that need a new life, the so-called brownfield land. Or previously undeveloped areas, i.e. greenfield land. Such a territory is, as a rule, equipped with some of the technological infrastructure, e.g. service lines, renovated premises, and security. These areas can be used both for industrial production and research.

In theory, nearly all parties benefit from IPs. Participants in the industrial park minimize their material, financial, labour and time costs because they come to ready-to-go production space. They can also receive additional services from a managing company. The managing companies in their turn derive income from leasing out the land, production spaces, equipment and services. Finally, the benefits for the state and local communities include new jobs, increased economic activity and social and economic development for the localities. There would not be obvious benefits if the investments had to be made even without a technology park – the park simply enables the investors to reduce costs and pay less tax.

As of March 2021, there are 47 industrial parks registered in Ukraine. The majority of them – 29 – are in communal ownership, and the rest belong to private, state or mixed ownership. The largest number of IPs are located in the Kyiv and Lviv regions.

Practically, the operation of an industrial park is highly dependent on its manager and the position of local authorities. Thus, the Volytsia Agro company, which VoxCheck has interviewed, entered the Bila Tserkva industrial park in 2019. The utility lines were offered there which were already connected or ready to be connected to the site. By saving time and money on laying cables and obtaining permits to get connected to the city’s utility networks, the company was able to invest more in its development. It planned on investing $12 million in logistics facilities for grain storage. Reportedly, there will be a modern laboratory, grain dryers, silos for wet and dry grain there. The facilities will be able to receive and ship grain by rail and road. The company was also offered ready-to-go industrial facilities, so it did not have to spend anything on design and construction. According to the company, a total of 100 people work at the facilities.

What is going on with industrial parks now, and can local communities influence them?

The development similar to that in the Volytsia Agro IP is rather an exception to Ukrainian practice. Over recent years, the IPs created a little over 400 jobs in Ukraine.

“The reason is that our industrial parks are mostly warehouses of certain industries,” as Volodymyr Antkiv, a lawyer at Lviv Regulatory Hub, commented it for VoxCheck. Such IPs are not labour-intensive since they simply do not need a lot of workers. However, if investors set up production there, they create new jobs.

Nonetheless, there are IPs in Ukraine with prospects for further development. Among them is the industrial park in the town of Trostianets in the Sumy region. Local authorities took an active part in its establishment, primarily seeking to attract manufacturers to the park. Preference was given to food processing industries and the development of agricultural production. Currently, the industrial park plans on creating a cluster around the chocolate factory of PJSC Mondelez Ukraine.

In Trostianets, investors were not only offered a land plot, but also available transport facilities – highways and access roads. Another incentive for investors in Trostianets is low land rents. The park offers a minimum rate of 3% of the land value. They are trying to take certain steps to become an attractive place for investors to invest in.

The Slavuta Industrial Park in the Khmelnytskyi region has followed a similar path. Currently, a road to the park is being built, and land has been earmarked nearby for housing for future employees. In addition, the industrial park’s territory has an advantageous location – with a customs office, a highway of regional importance and a railway in the vicinity.

What is the new law about?

Currently, industrial parks in Ukraine work according to a law adopted in 2013. It describes the overall process of establishing them as well as contains requirements for the IP entities. However, additional bonuses that companies operating in industrial parks can receive are not clearly spelt out. For example, entrepreneurs do not understand what tax benefits they can get.

In June 2020, the Verkhovna Rada registered two bills, in which a group of MPs – mainly from the “Servant of the People” faction – proposed granting certain investment, tax and customs benefits to the residents of industrial parks in Ukraine. For example, it was proposed that they be exempt from import duties on foreign equipment and parts, as well as that exporters be reimbursed for part of the interest on loans for external supplies. However, it did not go beyond registration back then.

Passed in the first reading, the current bill already provides specific support for entrepreneurs. The IP participants can apply for funding from the state and local budgets for setting up infrastructure, connecting to power lines and other communication facilities, construction, repairs, and refurbishment. They can also receive subsidized loans from the state for up to 36 months to purchase technical devices, equipment, means of production, as well as loans for construction, renovations or refurbishments. Besides, the bill provides for favorable tax conditions for industrial parks.

Is it a panacea?

According to Volodymyr Antkiv of Lviv Regulatory Hub, while it can potentially help small businesses enter industrial parks, the new bill contains a number of gaps.

For starters, benefits granted to the IP participants can be affected by human factors. Thus, a designated state agency can decide, at its own discretion, on the type of compensation and who is eligible to receive it – all that, with no legislative oversight.

Secondly, the current legislation is not yet in line with the proposed changes. Therefore, another program is needed to address the discrepancies.

And thirdly, there is currently no financial and economic grounding in the draft law. In other words, it is not clear from this draft how profitable it will be for the state to provide benefits to entrepreneurs within these economic zones (since tax benefits mean not only the lack of a level playing field for enterprises but also budget losses).

It is still not clear what the final text of the new bill will look like. Because during the discussion in Parliament, the comments largely concerned the amount of compensation. The authors’ party mates, deputies from Servant of the People, said that the proposed compensation was not sufficient, while their opponents from European Solidarity, on the other hand, stressed that there was no money in the budget for such compensation.

This document is currently pending consideration in the second reading.

However, according to the Center for Economic Strategy, industrial parks are not the main criterion for investors when making decisions. In Ukraine, according to an investor survey conducted by the European Business Association, the main obstacles to investment are corruption and distrust of the courts, rather than taxes and customs duties.

Introducing tax benefits, as provided by the bills, is not viewed as appropriate by CES experts. The availability of benefits, including income tax, VAT, customs duties, and personal income tax – distorts competition, complicates the taxation system, increases the discretion of regulatory authorities and creates risks of new tax evasion schemes.

Therefore, until Ukraine tackles the problems of rule of law, safety and corruption, one should not expect an influx of investors to technology parks, despite a significant number of benefits. Thus, the idea of ​​making IPs a “success story” for the inhabitants in the occupied territories may remain just that – an idea. 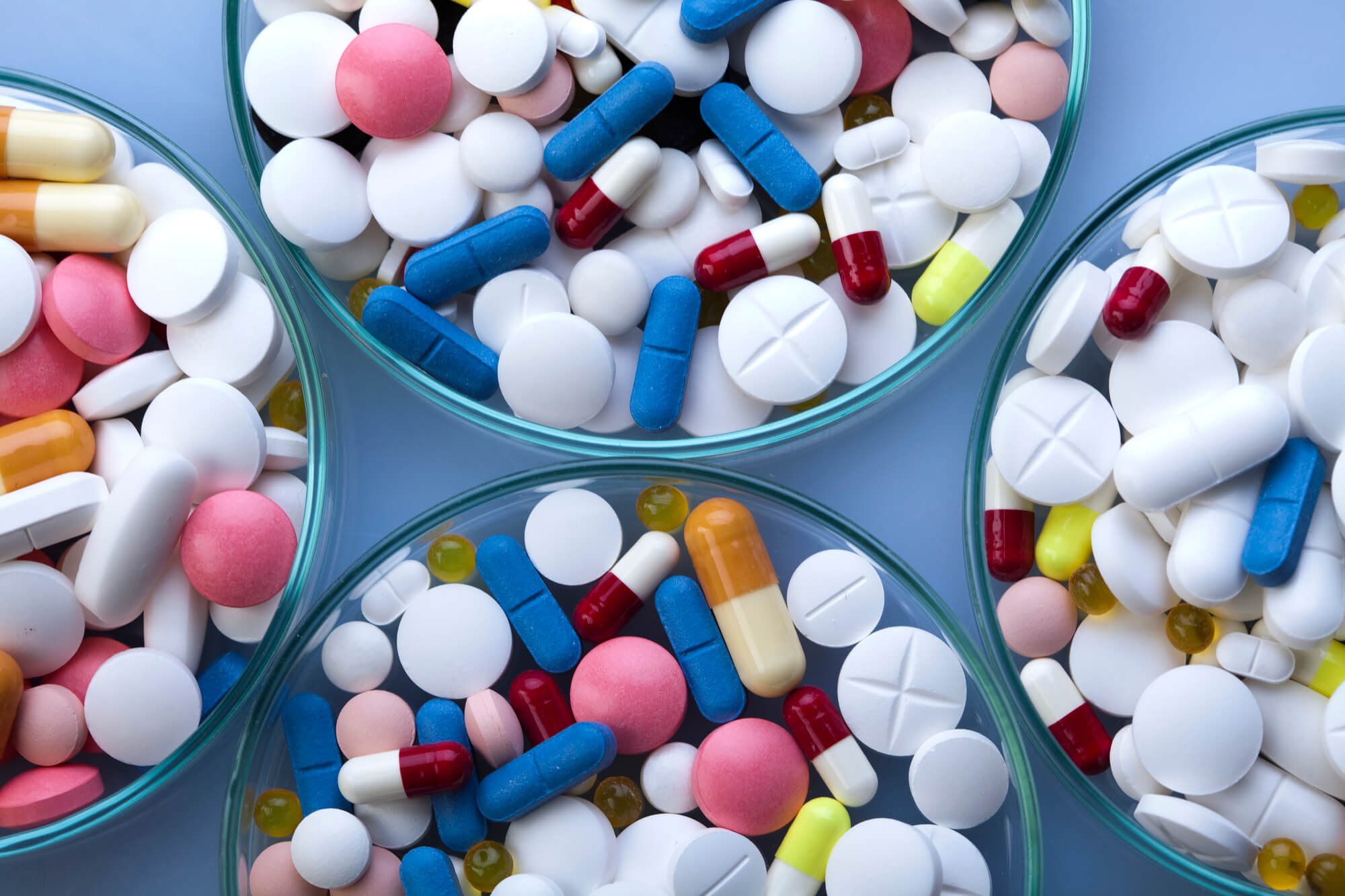