MANIPULATION: The Ukrainian military refuses to use Western weapons

MANIPULATION: The Ukrainian military refuses to use Western weapons

However, it is manipulation: CNN said the Ukrainian military prefers to use commercial drones  “in some cases,” not “frequently.”

The AFU refuse to use the US-made Switchblade drones – CNN 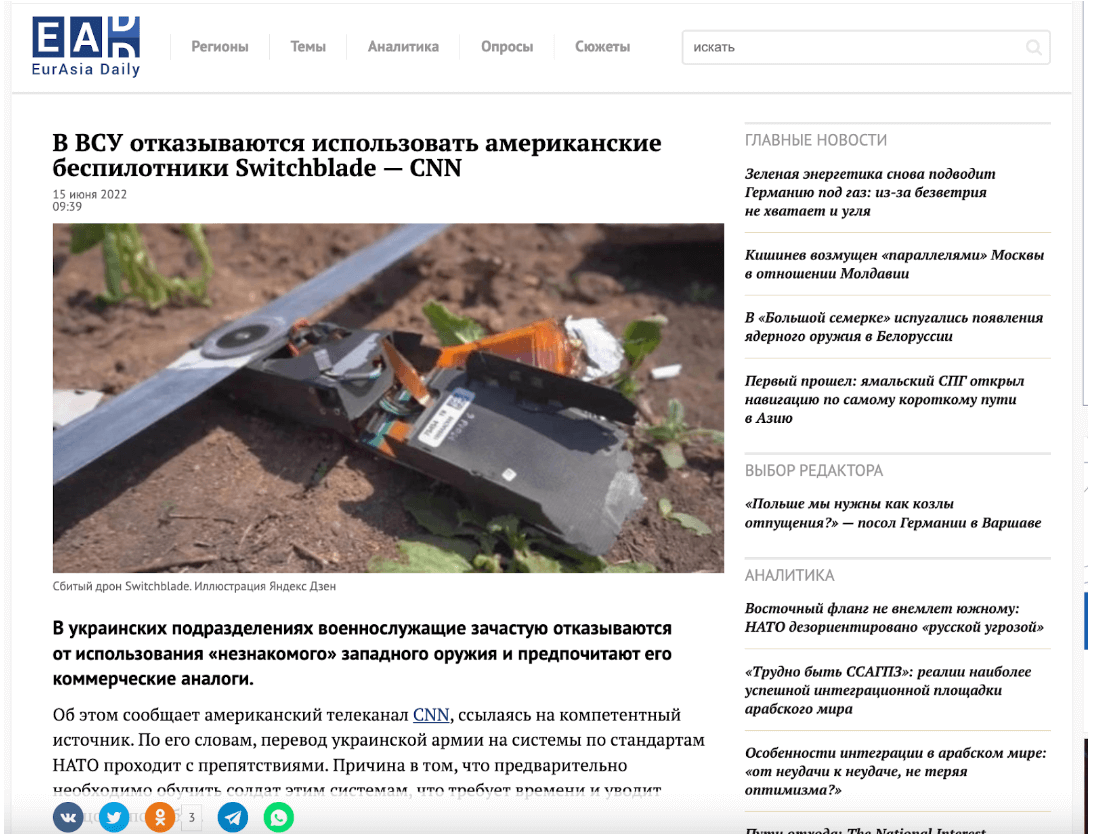 Screenshot of the news piece.

The CNN article reads, in part: “In some cases, according to one source familiar with US intelligence, Ukraine is simply opting not to use the unfamiliar Western systems. For example, despite receiving hundreds of Switchblade drones, some units prefer to use commercial drones rigged with explosives that are more user-friendly.”

CNN does not write about such cases being frequent. The article also explains that members of the Ukrainian military are learning to use Western equipment abroad, but the process takes time and takes needed fighters away from the battlefield.