According to the information spread on the Internet, the World Bank and the UN are “arguing” over how many poor people there will be in Ukraine by the end of 2022 – 70 or 90%.

However, this is a manipulation. It is incorrect to compare the estimates of the World Bank and the UN.

The World Bank points out that Ukraine’s poverty rate could reach 70% in 2022 at the national poverty rate. For comparison, according to the World Bank, it reached 18% in 2021. 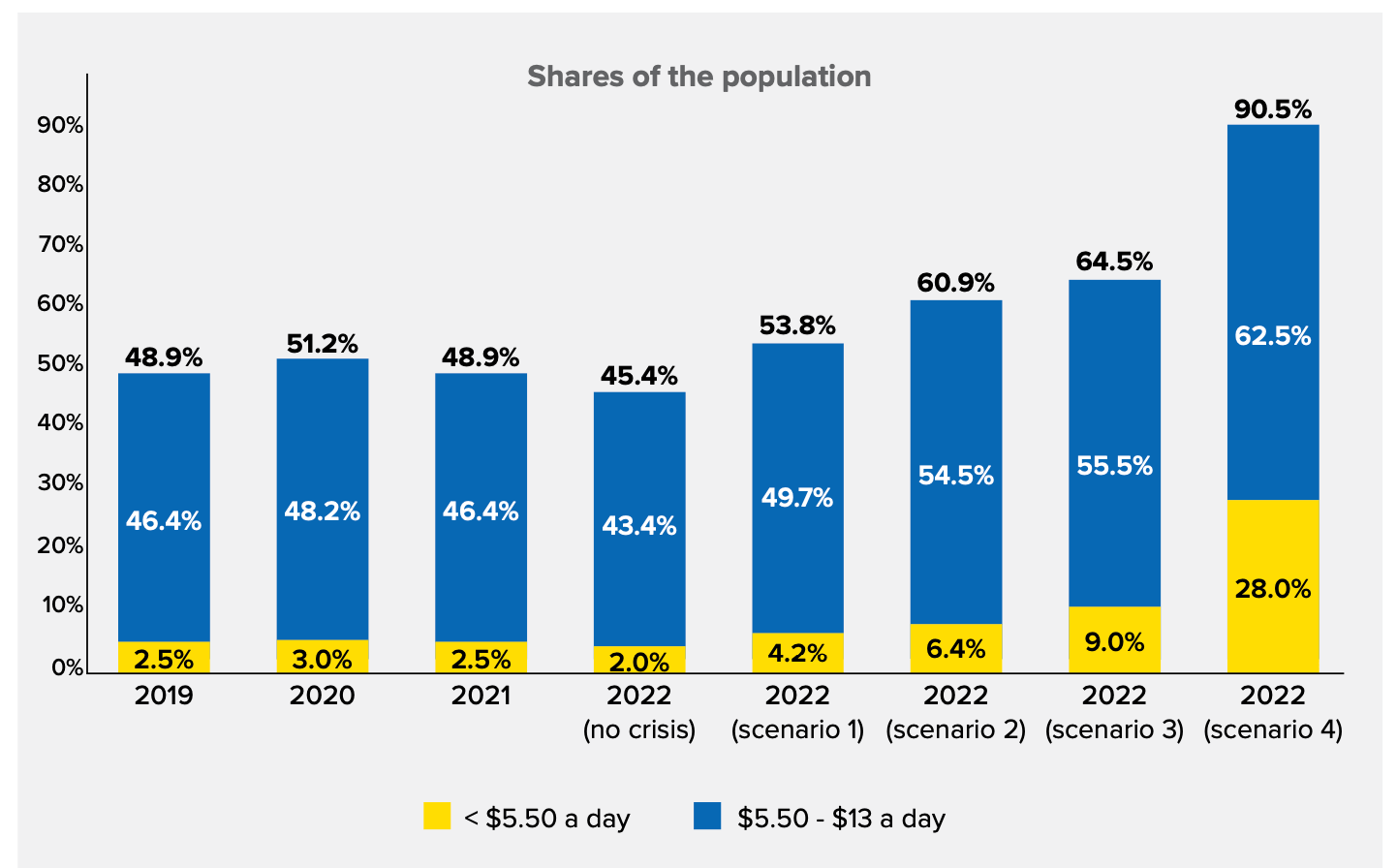 At the same time, the UN takes into account the international poverty rate – $ 5.5 / day (for those who can cross the poverty line – from $5.5 to 13/day) – and not national, as in the World Bank. The national indicator is the number of people living on the less than the actual minimum living wage.

In addition, estimates by the World Bank and the United Nations are based on assumptions that the war will last several months. Moreover, the forecast is based on the moment when active hostilities were still going on in the north of Ukraine. However, the course of the war is changing almost everyday, so any predictions at the early stage are still difficult to make. Over time, we will see that the assessments of international organizations will be constantly changing. The state of the Ukrainian economy will largely depend on the actions of the government and Ukrainians.