We went through new budget rules and found 11 things that we really liked. There are also 2 things in there that can outweigh everything good about the newly-adopted Budget Code. Also, seems like Ukrainians can forget about crucial decentralization reform this year.

Within the “Budget Saga” of December 28th, the Ukrainian Parliament passed a few other laws which are going to become the basis for the newly adopted budget. Among them is the new version of the Budget Code.

As we previously said, the share of existing tax revenues going to local budgets is likely to decrease, and we don’t know whether new revenues from property tax and land tax will cover the loss (at least not until the procedures for administering of these taxes are developed). At the same time, local governments will have to take care of much of the previously state-owned educational, cultural and sports facilities, as well as programs for development and renovation of housing and other utilities, which were previously financed from central budget.

Below we provide the main changes of adopted version of the Budget Code compared to what was proposed in its initial version.

✔️ two “special funds” of the budget are eliminated  – namely, the “road” fund that collected import fee on oil products and cars and used that for roads construction and repair. Now roads become mainly the responsibility of local budgets. Additionally, the fund that collected radioactive waste fees and used that for its conservation is also gone. It was incorporated into “eco” tax, which is mostly redistributed to Oblast level. On the one hand, it is logical to make the majority of roads the responsibility of local budgets because local governments should know better which road to repair or build in the first place. On the other hand, it is doubtful that local budgets will have enough money to finance the roads because revenues that were previously collected by special “road” fund are now included into general budget revenues, so there is a big chance that roads will be financed after “more urgent” items, such as social payments, education or healthcare. Therefore, during 2015 Ukrainian roads are likely to deteriorate.

✔️ two new “special funds” are created: one will receive 50% of payments for registration of property rights and 85% of payments for providing information from the registers, such as the Enterprise Register. The government will use the money to support these registers. The second newly-created fund will collect 50% of execution fee and use it to reward state executors (this is needed for better functioning of the judicial system – although the main issue here is of course the quality of judges).

1. The new methodology for calculation of transfers from central to local budgets.

Previously, transfers covered the gap between local budgets’ expected revenues and expenditures, as defined by the Budget Code. Therefore, local budgets could be passed only after the central one, since local governments could not know in advance the volume of transfers, subsidies and subventions provided to them. The new law replaces transfers with subsidies, and the subsidies take into account only the sum of EPT and PIT revenues received by local budgets – so these subsidies are aimed at reducing the difference between higher-income and lower-income regions. Hence, local governments can more easily switch financing between different expenditure items (however, this does not apply to education and healthcare, for which subventions are provided).

2. Unused subsidies and subventions remain at a local budget’s disposal and can be used next year.

They have to constitute no less than 1% of central budget general fund revenues and will have to be distributed no later than 3 months after state budget adoption. This will provide enough time for local governments to use these funds. The projects for which money of these funds can be used, are selected by the Ministry of Regional Development (instead of the Ministry of Economy), and local governments have to finance 10% of these projects, which will make them more responsible when it comes to projects.

4. The right of external municipal borrowing is extended

Now in the list cities larger than 300 thousand people, but also “cities of oblast significance” (178 cities). At the same time, the Treasury is deprived of the right to provide medium-term loans to local budgets.

If the Finance Ministry within a month does not provide objections, a local government can proceed with a loan.

The State Budget law will limit not only state debt but also guaranteed debt. Total debt (state plus guaranteed one) is capped at 60% of GDP, and to exceed this limit, the Cabinet of Ministers (CMU) has to receive the permission of the Parliament (while before that the CMU was allowed to handle this on its own) and will also need to propose a plan for returning the state debt under the 60% limit.  This will raise transparency of the debt management process because things that are reviewed in the Parliament are usually more open to the public than regulations produced inside ministries.

Thus, for the budgetary process the central bank will have to provide a three-year forecast of “exchange rate policy indicators” (although it would be more logical to ask for a monetary policy forecast / inflation target). Also, for some reason the Ministry of Economy will have to provide only one-year macroeconomic forecast. It is also foreseen that since 2017 local budgets will be drafted using result-oriented budgeting.

8. Institutions managing budget funds will have to provide more complete and clear documentation (both planning and reporting) concerning budgetary programs

9. Restricts courts in their budgetary requests

10. Spending connected to defense and intelligence financed from the reserve fund is included into the list of “protected” spending items.

11. Budgets of the Pension Fund and Social Security funds will be approved by the Parliament within the framework of the budgetary process.

Thus, the public will have a chance to review these budgets before approval.

It is not a good idea to redistribute revenues and expenditures prior to defining functions of local governments. The main negative feature of the current centralized model is that the decision-making centres are at the local administrations (i.e. representatives of the central government) rather than at elected local councils. Since the law “On Local Self-Government” remains unchanged, this situation is going to be reinforced by greater resources at the disposal of local administrations. Other negative sides of the new Budget Code:

In the rest of the world, local governments usually have three levels (community/ raion (county)/ oblast (state)), and the lowest (community) level is the level which has the most power in organization of its people’s lives (including secondary education and general healthcare). This is also the level where democracy in its purest form can be observed – it is much easier for people to influence decisions and to control, say, a village head than a county head.

Ukrainian local government design contradicts the subsidiarity principle, which states that public service should be provided at the lowest possible level. In the specific conditions of Ukraine, this also raises the risk of secession (it is much easier for a hypothetical enemy to “buy” a raion or an oblast head than several dozens or hundreds of community heads in this raion or oblast).

2. Depriving local citizens of the right to control the most vital spheres of their lives

We mean secondary and professional education and healthcare because these spheres are financed from central budget through educational and medical transfers, although local budgets can provide some financing too). The financing depends on the number of students/patients and people living in the area. While it may seem that this mechanism should provide roughly equal financing for each student or patient throughout the country, in reality it preserves the status quo, when the decision on the extent of services provision and the composition of these services is taken at the central level. In a truly decentralized design, this would be a responsibility of a community to decide, for example, whether to keep a school open (and then maybe invest in it a little more) or to repair a road and provide a schoolbus to another school nearby.

Letting local governments finance schools and hospitals would also improve the local government quality through introduction of a competition element (e.g. if in town A schools are worse  than in town B, more families will settle in town B, so its local budget revenues will rise, which would allow to provide even better infrastructure for people, and for town B mayor – to be reelected).

The count of “positive” and “negative” features of the new Budget Code listed above is  11:2 in favour of “positive”. However, the listed positive changes are rather “light” or incremental and can be easily outweighed by the two negative ones.

While it seems that the Budget Code has made some steps towards decentralization, in reality, without appropriate changes to the laws “On Local Self-Government” and “On Administrative-Territorial Organization”, these changes may result in even more centralization. The outcome will depend on how powers are distributed between local administrations and local councils. Given past experience, we expect an increased role of local administrations (i.e. central government) in the life of communities if other parts of the decentralization reform are not adopted.

Elimination of the community level of local government means that the majority of people will not really feel the decentralization, i.e. they will not have a voice over the organization of closest to them public services, since everything will be decided at the county and city levels.  At least not until “united communities” are formed, which is likely to be a long process. Perhaps the most disadvantageous this situation will be for people living in small towns and villages. 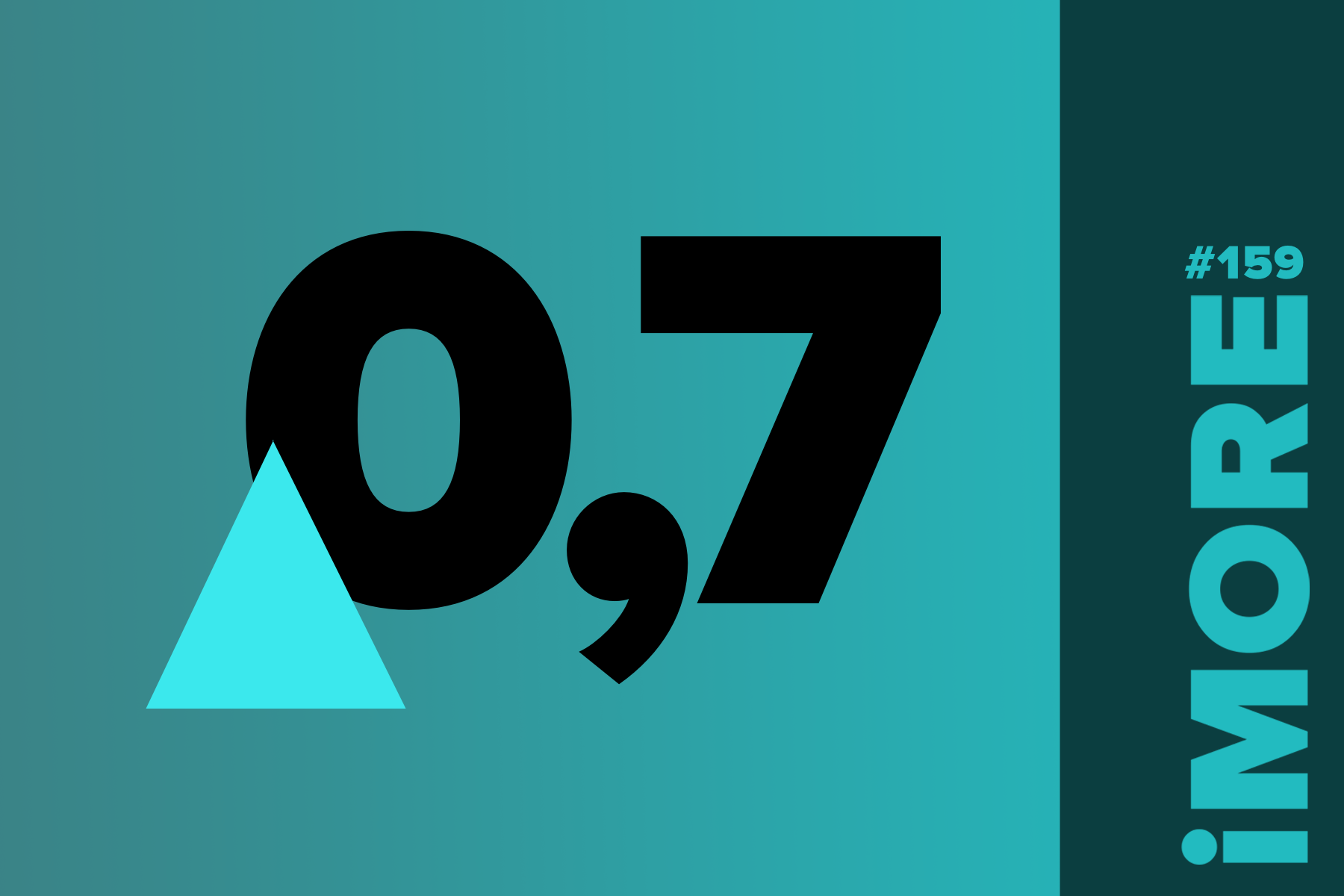