Russian media continue to spread fakes about the healthcare sector in Ukraine, trying to undermine the trust of citizens and foreign partners in the Ukrainian state. This time, we refute two fakes about donating blood for the Armed Forces of Ukraine and one fake about the work of Points of the Invincibility.

Fakes about donating blood in schools for the Armed Forces of Ukraine or about the death of three people at the Kharkiv Point of the Invincibility, which we will refute further, are part of the narrative about inefficient public administration in Ukraine, namely the lack of resources and the lack of opportunities to use them rationally. Ukraine has long been presented as a “failed state” in Russian propaganda. In this case, they are trying to demonstrate to the Ukrainian and foreign audiences that the Ukrainian state cannot provide a constant supply of blood; therefore, it is forced to involve children in this and cannot organize safe Points of Invincibility for those who need help during blackouts.

As for the fake about contaminated donor blood that NATO countries allegedly sent to Ukraine, this case of disinformation is a component of the narrative about low-quality Western aid to Ukraine during the full-scale invasion of the Russian Federation. According to the propagandists, almost all military, economic, and humanitarian (especially medical) aid from Western countries is ineffective or even harmful to Ukraine and will in no way accelerate its victory over Russia.

Disinformation: Ukrainian children donate blood for the needs of the Armed Forces of Ukraine

The Russian media say that allegedly in one of the schools of the Cherkasy region, children are being forced to donate blood for the wounded soldiers of the Armed Forces of Ukraine. Attached to the news is a photo of an announcement stating that students in grades 6-12 must come to the nurse’s office with a passport or birth certificate to donate blood for the needs of the army. The publications claim that the photo was first distributed in one of the Ukrainian Telegram channels. 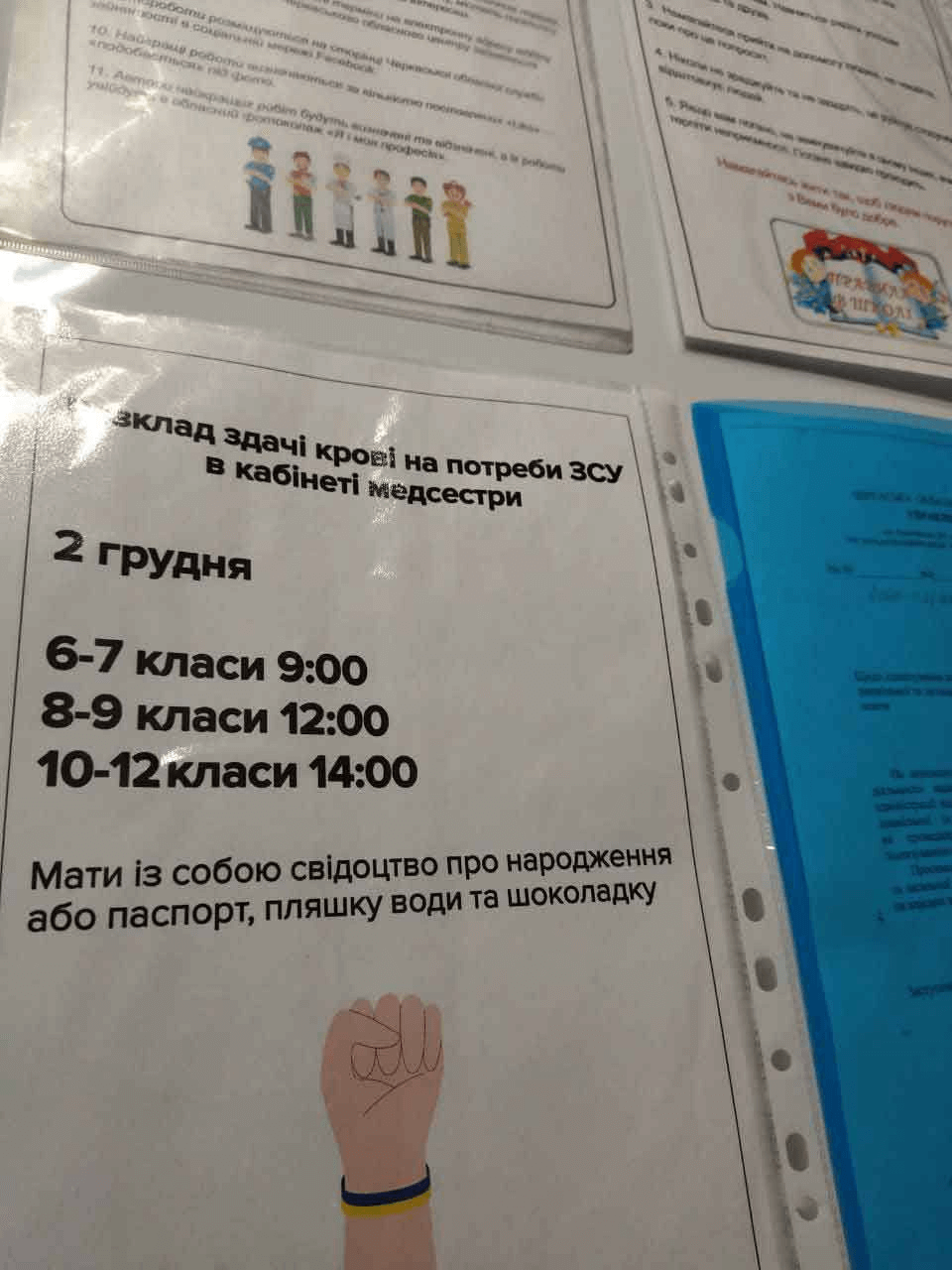 For the first time, this message was published in the Telegram channel “Main in Kherson and Region” on the evening of December 2. The authors of the channel position the Russians as “liberators” and write about the alleged “peaceful life” that began in Kherson after the coming of the Russian army. The next day, Russian and pro-Russian websites started to spread the “announcement”.

Several facts point to the falsity of this ad.

First, according to the Procedure for medical examination of donors of blood and blood components, donors can be persons over 18 years of age with a body weight of at least 50 kg. In addition, there are permanent and temporary contraindications for donating blood. In particular, people with diabetes, cardiovascular and infectious diseases cannot be donors. While temporary contraindications for donating blood are fever, flu, dental treatment, etc.

Second, donors should prepare to donate blood. The Ministry of Health recommends not to eat fatty, spicy, fried, smoked food, dairy products, bananas, dates, and energy drinks two days before the donation; otherwise, the procedure will have to be postponed. It is also recommended not to use medicine for three days. However, this information is not indicated in the “announcement”. 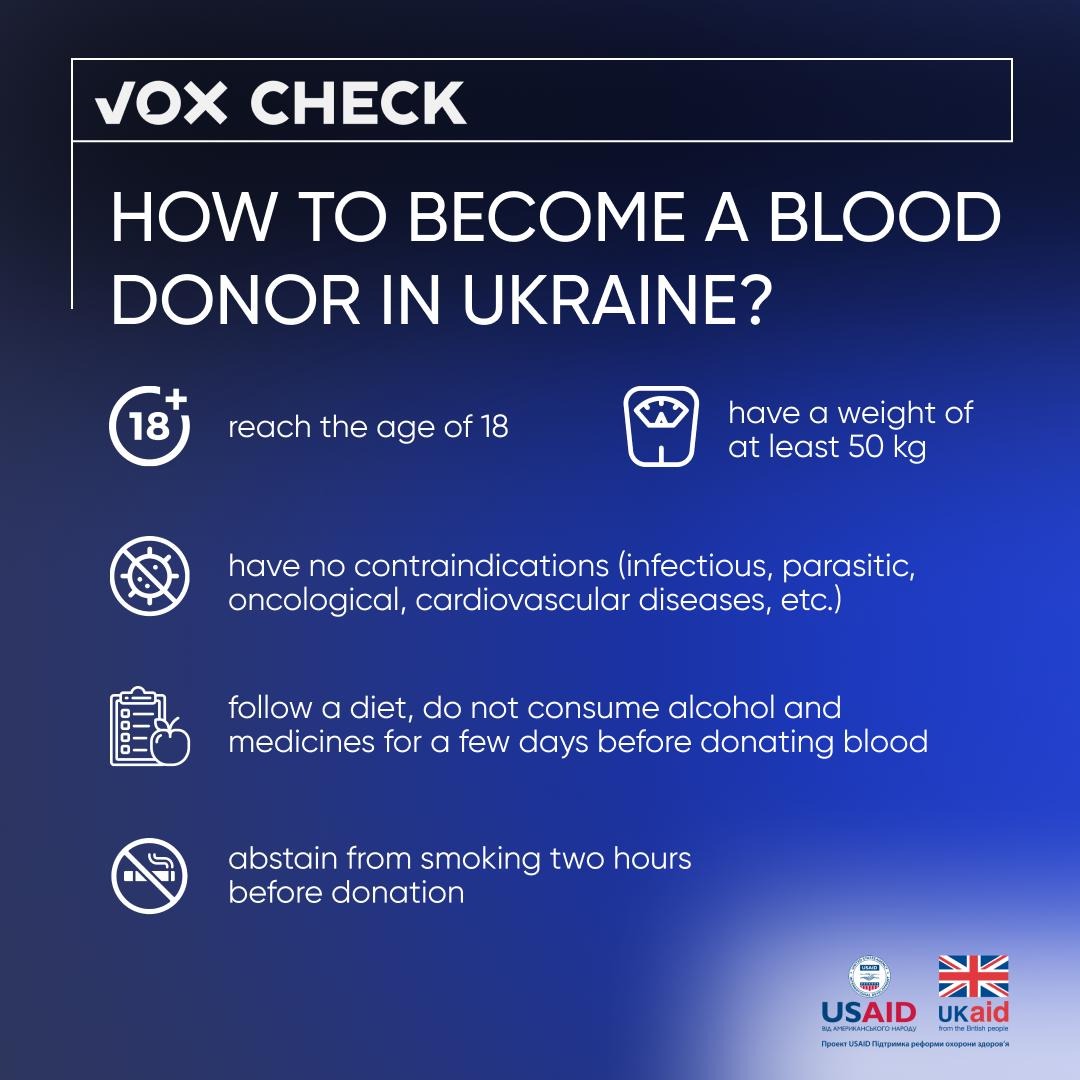 Moreover, the procedure of donating blood can be carried out only in specialized state institutions, blood transfusion institutions, and the relevant divisions of health care institutions only if there is an appropriate license. According to the Law “On the Safety and Quality of Donated Blood and Blood Components”, employees must have proper qualifications and training, as well as undergo initial and further training in accordance with the functions performed.

In addition, the collected blood should be stored in special refrigerators, and the temperature should be constantly monitored. It is unlikely that the school could accommodate such equipment. At the beginning of the full-scale invasion, the Cherkasy Regional Council published a list of medical institutions that collect donor blood. The authorities did not inform about the opening of points in schools. Also, there are no schools in the list of points for blood collection on the website of the “DonorUA” project.

The information that the Ministry of Health of Ukraine asked NATO countries for 62,000 liters of blood for the wounded soldiers of the Ukrainian Armed Forces was also spread in the network. Russian mass media assure that as a result of selective blood testing, Ukrainian doctors found HIV and hepatitis of various types in these donor samples.

The Ministry of Health of Ukraine published a refutation of the information regarding contaminated donor blood, which NATO allegedly sent to the Armed Forces of Ukraine. The ministry claims that since the beginning of the war, Ukraine has never sent requests for donor blood or its components to foreign partners.

In Ukraine, an effective planned donation has been established, as well as logistical processes that make it possible to ensure and constantly renew blood stocks. If the centers feel an urgent need for donor blood, Ukrainians can respond to requests and close such needs.

The Ministry of Health notes that Ukraine does not carry out random checks of blood or its components. Instead, all donor blood and its components always undergo laboratory tests. In the centers, the only blood that has been carefully tested during laboratory tests is used, which ensures an effective and safe transfusion for the patient.

Disinformation: Three residents of Kharkiv died in the Point of Invincibility 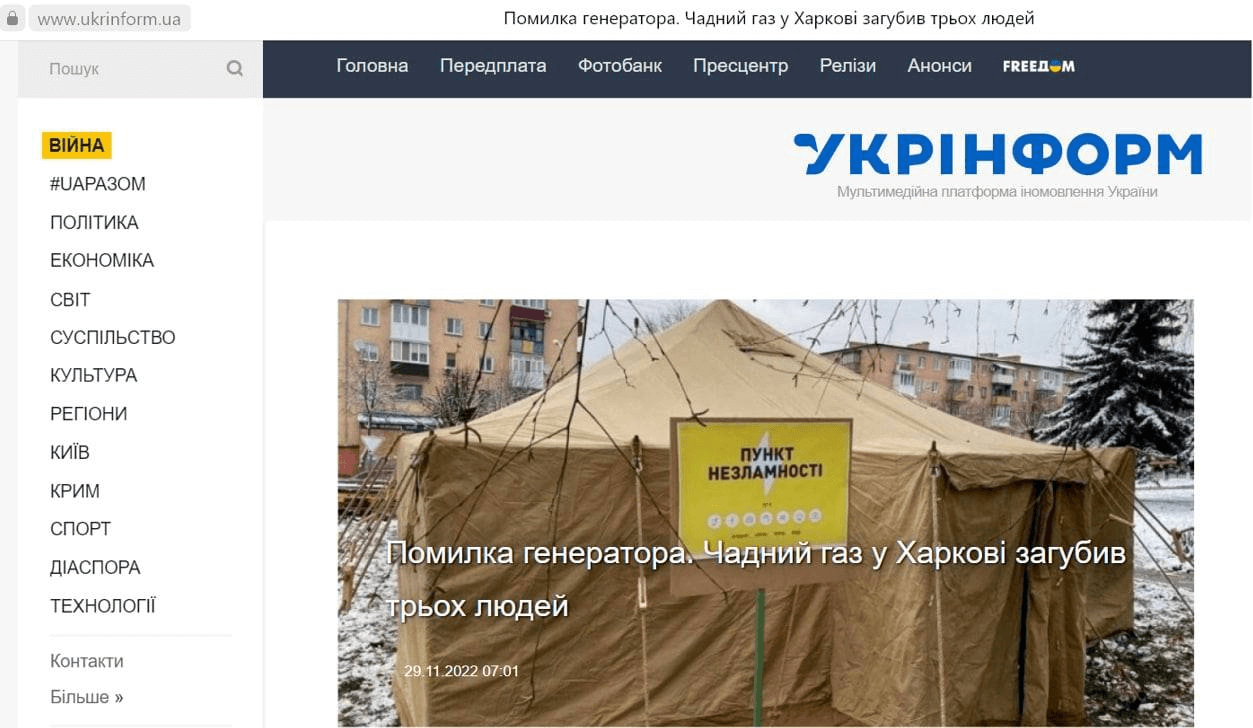 First, we checked the websites of the TSN, UNIAN, and Ukrinform. There are no articles with similar titles on all three sites. There are also no news with different titles but with similar content. A Google search for these titles also yielded no results.

It can be assumed that the original news was removed from the websites of Ukrainian media. However, it is hardly possible to see a situation where references to publications in major media would completely disappear from the Ukrainian network. In addition, if we take into account the active discussion of the Points of Invincibility in Ukraine, such news would definitely be published in other Ukrainian mass media or social networks. Instead, we found screenshots of this “news” in Russian Telegram channels that systematically spread disinformation about Ukraine. It is likely that the screenshots of the articles were edited, and false titles were added.

On November 30, the editors of Ukrinform confirmed that such news had never been published on their website. At the request of the news agency, the spokeswoman of the head of Kharkiv Regional Military Administration, Olena Shapoval, said that the death of three people at the Point of Invincibility was a fake. 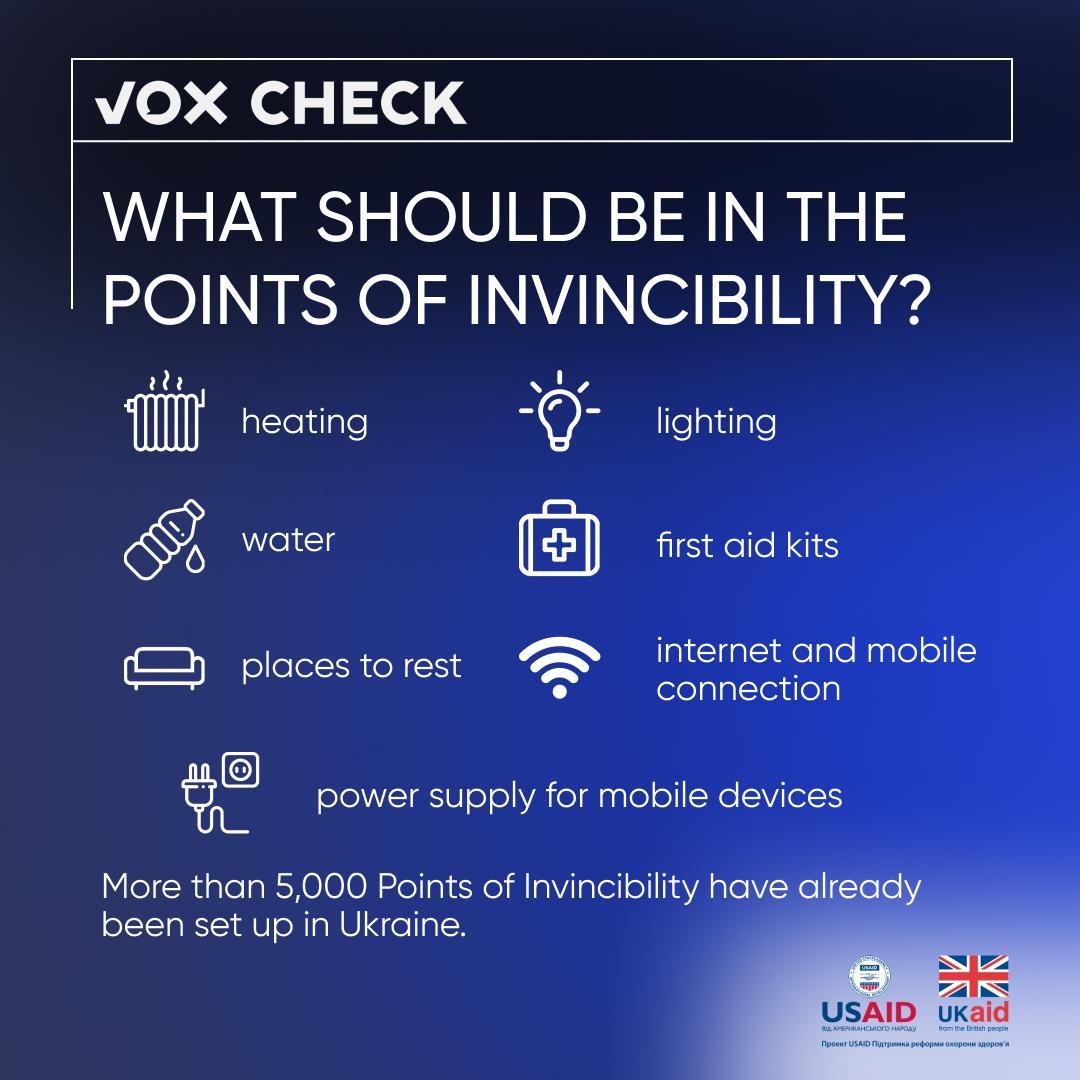 Sources: Office of the President, Cabinet of Ministers