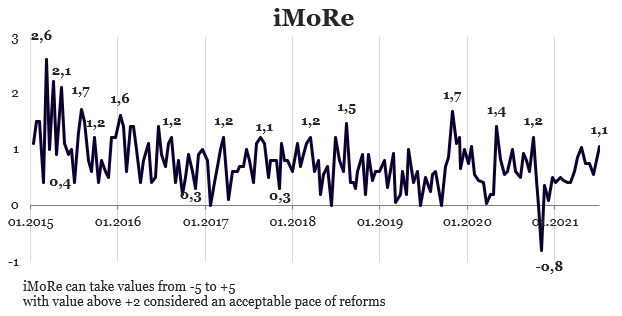 Previously, the amalgamated territorial communities (hromadas) could only dispose of land within their settlements. Land that was not privately owned and located on the hromadas’ territory outside cities, villages or towns was owned by the state.

The law changes this and gives hromadas the right to dispose of land outside of their settlements. Such land is transferred from state ownership to communal ownership, with the exception of:

The decision to transfer communally owned land to private ownership now requires the support of at least two-thirds of the votes of the members of a local council (previously, half the votes). Local authorities will also control the intended use of land and give permission to change the designated purpose of especially valuable land (previously, such decisions required the approval of the CMU and Parliament).

The law also simplifies the rules for producing and approving land management documents.

“Although this is a change with crucial meaning for hromadas, I see one problem remaining. There is still left the possibility of giving land away free of charge. The whole scheme that allowed huge landowners to unethically gather huge resources of land will remain intact. Only after the very possibility of giving the land away for free is removed, situation is going to be sorted out. If hromada has a vital interest to cede the land for some important purpose – new fire station for example, low price long term rent is a solution.”

Decree on recognition of professional qualifications obtained in other countries, +2.0 points

By CMU decree No.576 of June 2, 2021, the Government determined the rules for recognizing professional qualifications obtained in other countries. Those who have studied abroad will be able to confirm their qualification and be officially employed. These rules are a step toward harmonizing the Ukrainian system of qualifications with the European system and meet Ukraine’s commitments under the European Union–Ukraine Association Agreement.

Index for Monitoring Reforms (iMoRe) from VoxUkraine aims to provide a comprehensive assessment of reform efforts by Ukraine’s authorities. The Index is based on expert assessments of changes in the regulatory environment in five areas: