The Unbreakable Trend. What Impeded the Performance of Budget 2018?

Last year’s budget was underperformed both in income and in expenditure. How did it happen and what are the risks for budget 2019? 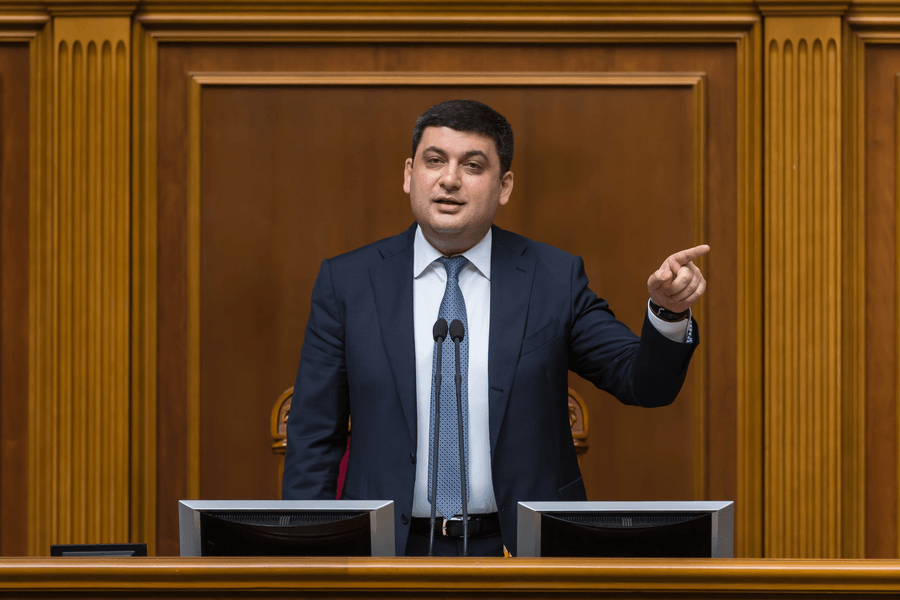 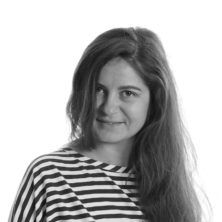 “Budget 2018 will be performed both in income and in expenditure”, the Prime Minister Volodymyr Hroysman promised last September. He never mentioned the grounds for making such confident statements, yet it would be very interesting to hear them. At the time, budgetary affairs were not running smoothly.

This material has been created as part of Budget Watchdog project that is supported by GIZ.

Since the beginning of the year, there was budget under performance both in income  and in expenditure component and the Minister of Finances Oleksandr Danylyuk even talked of budget sequestration (his successor Oksana Makarova later discarded such a possibility ). In the first semester, a number of expenses were not made or were made marginally. In the summer, we had delays with pension payments. Negotiations about the new IMF programme, which could enable Ukraine to enter foreign markets, were open ended.

Even though an agreement with IMF was made in October, we were not able to reach complete budget performance. According to end-of-year results, the Ministry of Finances fulfilled 98% of income plan and 95.3% of expenditure plan.

VoxUkraine has analysed the reasons which impeded us from breaking the underperformance trend and has discussed the future prospects.

Budget 2018 performance in income was 98% – the underperformance made up 18.5 billion UAH.

Income underperformance is almost a typical thing. In the past five years, we managed to deliver on the plan only in 2015.

The reason for last year’s underperformance was shortage of underlying taxes. (Fig. 1)

VAT. VAT income (including refund) was by 2% or 9.9 billion UAH lower than expected. The main reason was increased number of VAT refund applications. VAT refund is automatic and follows the principle “the state refunded as much as needed”. Last year the sum of tax in refund increased by 11.6 billion UAH which is by 9.7% as compared to 2017.

Excise duty. Because of tobacco industry drop by 8.5%, we were 4% short of delivering on excise duty plan – 118.8 billion UAH were collected which is by 5.2 billion UAH less than planned. Cigarette production drop may in part be explained by the fact that producers were storing up on supplies before excise duty increase.

Rent. The budget received 45.3 billion UAH in rent, which is by 3%, or 1.3 billion UAH less than planned. The Ministry of Finances says it happened because in September 2017 businesses paid 4.8 billion UAH foreseen by 2018 plan.

Import taxes were affected by the strengthening of UAH. Budget 2018 was based on annual UAH to USD exchange rate of 29.3 UAH for 1 USD while the actual rate was 27.2 UAH. This slowed down growth of income from import taxes, in particular import duty, import VAT and excise duty on imported goods.

Lower oil prices than those foreseen in the budget and smaller volumes of imported gas also resulted in budgetary underperformance on income due to lower income from respective excise duties.

Less income on taxes was partly compensated for by overperformance on income tax and dividends from Naftogaz of Ukraine NJSC. Income from the share of net income and dividends of state-owned companies made up 39.7 billion UAH, which exceeds the plan by 3.4 billion UAH. We managed to collect 96.9 billion UAH in income tax, which is by 14.6 billion UAH more than planned.

This year the Ministry names two main reasons of expenditure underperformance. Though it may seem paradoxical, one of them is positive. Strengthening of national currency helped the Ministry save 12.3 billion UAH on government debt servicing.

The second, not so positive reason is that a number of expenses were not made because of delays with tenders.

Social welfare. According to annual results the government financed all secured expenses in full, the Ministry of Finances said in its official statement.

Indeed, the reports of Treasury prove that a lion’s share of social welfare received 100% or similar funding. (Fig. 3) The Ministry of Finances made full payments for the Pension Fund subvention, social benefits for Afghan war veterans, Chornobyl catastrophe victims and other social security beneficiaries. Subsidy coverage level was 98%.

Defense and security expenses. Ministry of Defense and the Security Service of Ukraine are the bodies which received 99% funding. The situation is identical with expenses for Defense and Security Council.

Transfers to local government bodies and regional development expenses The approach of Ministry of Finances to financing of local expenses turned out to be selective. Thus, educational and medical subventions, basic and stabilizing subsidies were fully funded last year. State budget subsidies to local budgets for creation of united territorial communities infrastructure received 98% funding. The situation is different with the State Fund for Regional Development – in the first semester they almost did not allocate any funds (over 6 months they spent 28.3 million UAH out of 2 billion UAH budgeted in the general fund; there was no funding extended from the special purpose fund). Annual funding levels of State Fund for Regional Development made up 63% – the state allocated 3.8 billion UAH out of 6 billion UAH budgeted.  State budget subventions to local budgets for health care reforms under joint project with International Bank for Reconstruction and Development received 47% funding.

One of the reasons for such selectiveness is the important social component of subventions and subsidies – local authorities use them to implement the government’s social guarantees. Development financing belongs to unsecured expenses, i.e. expenses that are covered if there is enough money in the budget.

Economic activity. Last year the financing of economic activities was uneven. The Ministry of Finances spent 71% of the budget planned (1.1 billion UAH instead of 1.5 billion UAH) for state support of mines while the other programme – support of national production of coal products – received 98% funding. Another significant share of expenses, namely on public road system, was also allocated unevenly. If roads of local significance received 100% in subventions (national expenses of the State Agency of Motor Roads of Ukraine), financing of the repairs of some national roads could have been better. For instance, the state allocated 60% of the sum planned for repairs of Kharkiv-Okhtyrka motor road and 66% for Zhytomyr-Chernivtsi motor road repairs. All in all, the expenses of State Agency of Motor Roads of Ukraine made up 93% of the sums budgeted.

Environmental protection. The area that was underfunded for 0.9 billion UAH. A lion’s share of the savings (0.7 billion UAH) accounts for the expenses on environmental protection and rational use of natural resources. The level of financing under various programmes of the Ministry of Environment ranges between 45% and 99%. The highest level is observed in the sphere of environmental control – expenses of the State Environmental Inspection were financed for 99%. The second place (98-99% of the planned funding) goes to expenses on preserving the natural reserve fund and control measures in the exclusion area.

The expenses that were not made. Budget 2018 has 19 items of expenditure that did not receive funding at all. Total sum of unallocated resources made up 1.3 billion UAH. The largest expenditure items not financed by the Ministry of Finances included defense capacity and security increase programmes worth 250 million UAH. Another 190 million were saved on construction of border road infrastructure, including border territories with Poland and Hungary. In addition, the category includes expenses that were not required last year – reserve fund expenses for 508 million UAH and expenses for the elections of people’s deputies (32.2 million UAH).

The main sources of deficit funding were domestic and external loans and privatization income. Two of the sources mentioned were quite problematic during the year.

First of all, complicated negotiations with the IMF on new cooperation programme prevented Ukraine from getting 750 million USD in World Bank securities and entering external markets under beneficial terms. Until last October, the level of external loans did not exceed 24% of the expected levels. Agreement on new IMF programme enabled Ukraine to enter external markets only in the fourth quarter. We managed to attract 2 billion USD at the end of the year.

Secondly, privatization income plan performance was at the lowest 0.7% ever. The index would have been even worse if in December the Ministry of Finances did not decrease income plan for the sale of state property from 21.3 billion UAH to 18.8 billion UAH. It has been a recurrent pattern for the eighth year in a row – the Ministry of Finances budgets multi-million income from the sales of state property but every year the promises of launching large-scale privatization are never kept.

All those factors made the Ministry of Finances focus on attraction of domestic loans and having regular auctions for domestic government loan bonds. They also made up for underperformance on privatization money.

Despite a rather complicated financing situation, the year ended not on a very bad note – with 59.2 billion UAH deficit, which is by 37% less than expected. It was partly possible because of savings in government debt servicing and incomplete financing of development programmes. Besides, in 2018 the Ministry of Finances refused advance payment of January pensions in December which also decreased expenses.

Budget underperformance continues this year. Import drops and refund of a record 19.7 billion UAH in VAT was the reason for less income tax collected in January than it was planned. The sum of refunded VAT in uncharacteristically high – last year the state was refunding between 11 and 11.5 billion UAH to business monthly. The matter is that in January the business had to pay 8.7 billion UAH in taxes accrued under returns filed in November based on the results of office audits. Seasonality was also among the impact factors. In the nearest months, we are expecting stabilization and reduction of VAT refunds sums to approximately 13-14 billion UAH per month.

It is already apparent that in the future the following factors will impact budget 2019 pump up.

UAH exchange rate. Excise duty and import tax performance plans are still at risk in 2019. The reasons lie in strengthening of hryvnia, which we have been observing since the end of last year. Indexation of tobacco excise duty scheduled for July 1 may result in repeat of the scenario we had in the past years when companies stored up on the supply before tax rate increase and minimized tax burden.

Income from state-owned enterprises. State Fiscal Service points to another issue – the risk of underperformance on income from the net profit of state-owned companies. Ministry of Economic Development and Trade suggests decreasing the norm of budgetary payments from net profit of state-owned companies from 75% to 50% while the Ministry of Finances, on the contrary, considers increase up to 90%. According to Fiscal Service numbers, the first option will decrease budgetary income by approximately seven billion UAH while the second will help deliver on the plan. Another consequence is that state-owned companies will be giving away almost all their profits to the state instead of using the money for their own development. This is something that should be regulated by the government.