Threats to Democracy and Security in Moldova and Ukraine | VoxUkraine

Threats to Democracy and Security in Moldova and Ukraine

Due to current concerns over neighbourhood partners, Liberal International British Group (LIBG) held a forum entitled “Threats to Democracy and Security in Moldova and Ukraine” at the National Liberal Club in London on 20th November, four days before the 5th Eastern Partnership (EaP) summit. The speakers were MEP Hans van Baalen, Alliance of Liberals and Democrats for Europe (ALDE) Party president and Liberal International president of honour; Cristina Gherasimov, Academy Fellow, Chatham House; and Carol Weaver, an academic representing LIBG. The panel was chaired by LIBG chairman, former MEP Phil Bennion, and an address was given by new LIBG president Baroness Northover.

Hans van Baalen was the first speaker, focusing mainly on Moldova which he fears has become a ‘stone in a shoe’ despite having much potential. The big issue is corruption and a captured state with one person, Vladimir Plahotniuc, being in control via the Democratic Party of Moldova. The European Union (EU) needs to work with clean partners. There are various active groups but it is hard for the EU to defend donations without credible people. Nevertheless democracy must come from within not from outsiders so a new generation must be supported. Moldova and Ukraine are European countries and we must not neglect or abandon them.

With regard to the main security issues, it is necessary for Europe to fully confront Vladimir Putin’s Kremlin and maintain sanctions.

As a Liberal family we must take more responsibility and help our neighbours especially through civil society.

Moving on to Ukraine, Carol Weaver saw three main umbrella threats with lots of overlap between them:

She gave an update on the current situation and emphasised that despite much progress there is clearly not enough separation of powers in Ukraine and that it is not enough to introduce new laws, they must be implemented too.

Europe needs to stay strong and united. Individual countries cannot afford to be too inward looking at a time when both Russia and the US may be relatively weak but capable of causing tremendous damage.

Also, it is becoming clear to us in the West that liberal democracy does not just keep marching on whilst we take it for granted. Europe needs to stay strong and united. Individual countries cannot afford to be too inward looking at a time when both Russia and the US may be relatively weak but capable of causing tremendous damage.

Finally, in response to the previous speakers, Cristina Gherasimov gave a comprehensive list of recommendations intended for the EU before the EaP summit. These included:

1. General: apply strict conditionality accompanied by clear policy guidance; send clear and firm signals in instances of non-compliance and build into assistance schemes a strong sanctioning system; draw on EU pre-accession experience with reforms in Central and East European states (what worked and what didn’t); assess results as they are without trying to create success stories. 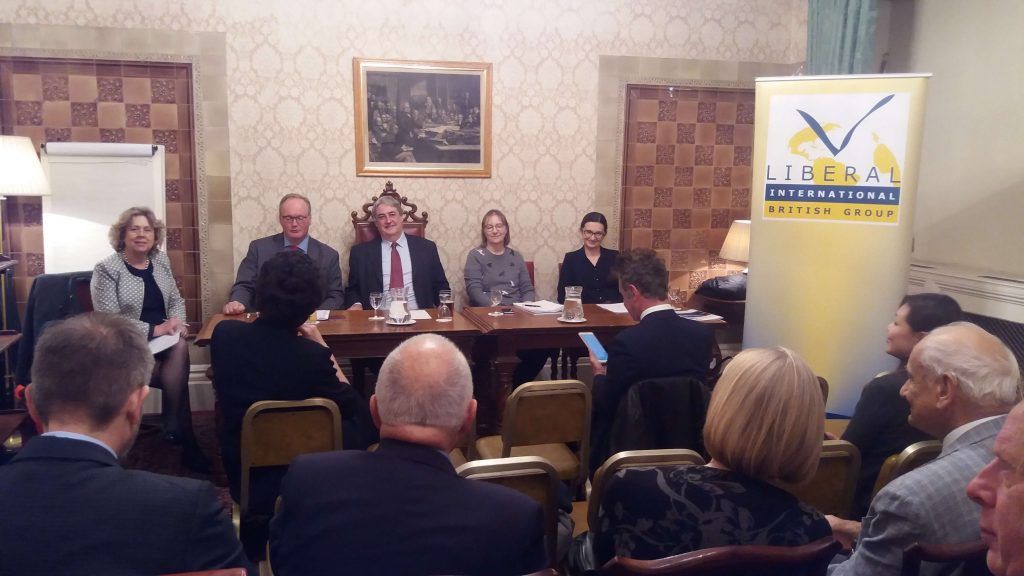 2. Economic: integrate the countries into the EU including by investing in the development of stronger economic ties through small and medium enterprises (SMEs) which can bring in new business standards and working principles; also invest in diaspora-led projects.

A new mindset via trainings, capacity building, expertise improvement and integrity workshops needs to be developed throughout the region.