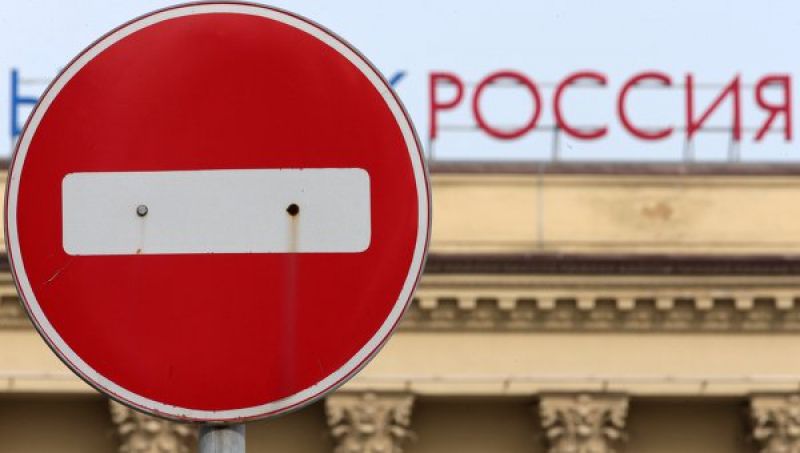 The fundamental flaw in the current sanctions is that though they punish Russia they don’t help Ukraine survive the Russian attrition war. Ukraine is financially much weaker than Russia and the Russian attrition war makes the west reluctant to fund Ukraine, reinforcing the economic weakness of Ukraine.To balance this it drastically needs compensation to do infrastructure projects. These can be funded through the proceeds of this Russian Aggression Tax. The EU can spend it in Ukraine by guaranteeing private investments and organizing energy reforms and infrastructure investments. It can also be used to pay back the current Ukrainian government debts to Russia.

Russia continues its attrition war against Ukraine even after signing the Minsk II peace deal. As a result the EU threatens with new unspecified sanctions against Russia.

Ukraine is in a dire economic situation even after approval of the latest financial aid package by the IMF. Efforts to restore financial stability in Ukraine face “exceptionally high” risks from further conflict and disgruntled creditors, the International Monetary Fund said in a statement on Thursday 12th of March. This implies that continued violence by Pro Russian forces in eastern Ukraine and a hard stance on Ukraine’s much needed debt restructuring are the primary tools for Russia to continue to weaken Ukraine into submission.

Russia in this attrition war is weakened primarily because of low energy prices. Financial reserves that Russia built up during the last decade of high energy prices help to cushion the reduced income. Financial sanctions imposed by the west deplete these reserves faster by preventing Russia from refinancing existing loans. But Russia can sustain the current conflict at least until end of this year at current reduced income.

Already in March 2014 to prevent a Russian annexation of Crimea Paul De Grauwe, professor at the London School of Economics, said: “If I were the EU dictator, I would impose an occupation tax on all Russian energy. There is no way for Russia to escape it.”

In an effort to help Russia get economically on its feet during the nineties, the EU became Russia’s biggest energy importer. It imports 80% of Russian oil and gas production and 60% of Russia’s coal production. The theory was that if the EU engages with Russia and interconnects the Russian and EU economies, Russia would become a friendly nation that cannot afford to wage war against us. That theory has failed spectacularly and the EU needs to reduce its exposure to Russia. If not it risks this fall to be threatened again with a cold winter by Russia.

This reduced exposure can be achieved through a Russian Aggression Tax that should be levied on all Russian energy imports in the EU covering oil, gas and coal starting from 10% and ending at 25% maximum. It should gradually increase over the coming years making occupation of Ukrainian territory ever more expensive. If Russian energy is more expensive, energy companies will source energy somewhere else.

Ukraine will not get foreign investments or real economic improvement as long as Russia continues to destabilize Ukraine. To balance this it drastically needs compensation to do infrastructure projects. These can be funded through the proceeds of this Russian Aggression Tax. The EU can spend it in Ukraine by guaranteeing private investments and organizing energy reforms and infrastructure investments. It can also be used to pay back the current Ukrainian government debts to Russia.

EU gas stocks are at a historical low of 29% of underground storage. Energy companies have waited to refill their gas storage reserves because this allows them to take full benefit of the very low global gas prices. Gazprom’s supply contracts are linked to oil prices, with a typical delay of six to nine months. Since last summer Brent crude oil has halved in value from a high of $115 per barrel to around $55 per barrel. Oil’s steepest falls came toward the end of last year, meaning the full effect on Gazprom’s sales will strike only later this year and continue into 2016. The EU now has enough LNG terminals and an almost entirely interconnected EU gas pipeline network that allows almost every energy company to play the global market.

If ever there was a moment to impose this aggression tax it is now.

In Asia there is a glut of LNG gas due to oversupply and it is sold very cheap on the spot market. The Energy companies are about to restock and Gazprom would be forced to include the cost of this aggression tax into their sales price in order to be competitive with other suppliers that don’t have to pay this tax. It would mean that Russia starts funding Ukraine instead of EU taxpayers.

Gazprom already anticipates reduced energy purchases by EU countries. It just signed a deal to export LNG gas through the LNG terminal at the seaport of Zeebrugge (at a distance of just 200 kilometres from Brussels). It had to strike this humiliating deal as Russia’s LNG ports require LNG tankers with Arctic bows and there are just not enough of these ships around to ship their gas. It costs 30% extra to turn pipeline gas into liquid LNG gas leaving no margin for an export tax for the Russian government. In essence Russian gas has nowhere to run but the EU.

Russia’s government and army is largely funded through a 30% export tax on energy exports. Russia had to drop this export tax with China in a recent deal president Putin closed because China was in a strong negotiation position to obtain cheap gas.

By not levelling a Russian Aggression Tax the EU remains the de facto financier of the Putin regime. Can the EU continue to do this while proclaiming to support Ukraine in its struggle against Russian aggression? President Putin’s recent admission that it was a Russian military operation that lead to the annexation of Crimea entitles the EU to raise this Russian Aggression Tax.