The Ukraine Reform Monitor provides independent, rigorous assessments of the extent and quality of reforms in Ukraine 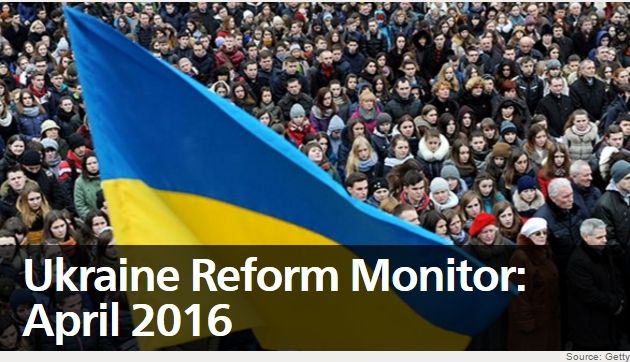 The Ukraine Reform Monitor provides independent, rigorous assessments of the extent and quality of reforms in Ukraine. The Carnegie Endowment has assembled an independent team of Ukraine-based scholars to analyze reforms in four key areas. This fifth memo covers the period from mid-February to mid-April 2016. The monitor is supported in part by a grant from the Open Society Foundations. At the start of 2016, Ukraine plunged into a major political crisis that paralyzed both the executive and the legislative branches. The governing reform coalition that was propelled to power in 2014 came apart, torn by long-simmering rivalries and mutual accusations of corruption.

The consequences for Ukraine have been severe. The IMF had been holding up a package of financial assistance even before the crisis erupted, and the government paralysis has created a standoff until Kyiv demonstrates its commitment to, in the words of IMF Managing Director Christine Lagarde, “improving governance and fighting corruption, and reducing the influence of vested interests in policymaking.” Although a new prime minister has been appointed and a new coalition formed, the government’s reformist reputation has been dealt a serious blow, and the country’s image abroad has been tarnished. Ukraine’s supporters now have a much harder task before them to make the case for EU financial and technical assistance. Ukraine is in danger of repeating its experience after the 2004 Orange Revolution, when reformers won the vote in national elections but failed to govern effectively and descended into endless cycles of acrimony and recrimination.

Since the Ukraine Reform Monitor began in summer 2015, the reform process has presented a mixed picture.