If the government of the Russian Federation does not resolve the issue of power supply to the occupied Crimea, this may bring together several unintended consequences in the medium and longer term: via weakening the impact of Russian propaganda and potential of its victims coming back to their senses, via an increase in the social inequality and a related increase in violence and social protests.

November 21-22 marked a complete blackout of the Crimean peninsula due to the damage of high poles of electric mains next to the border. No one has taken the responsibility for the action, yet the protestors, including Crimean Tatars, have been keeping the engineers away from the site in spite of being confronted by the police. This event has caused a number of discussions in the media on the possible consequences of such an action – from Russian retaliation (military and via energy supplies) to the serious technical difficulties in the Ukrainian Energy System. But leaving these discussions to better informed political scientists and engineers, and not touching on the direct effects on the economy, I would like to discuss three potential unintended consequences of this action for the population currently living in Crimea – weakening of the Russian propaganda, an increase in the income inequality in the medium term, and an increase in birth rates in the longer term). 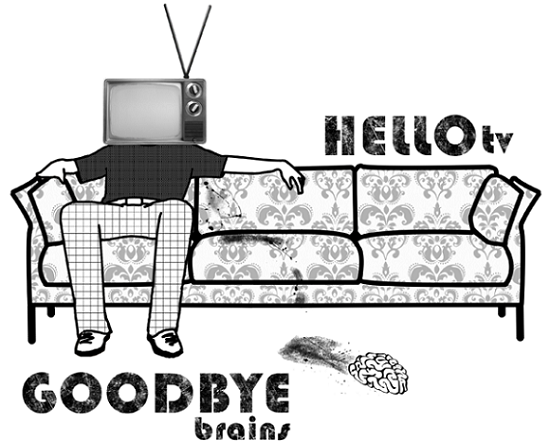 No one doubts anymore a significant impact mass media have on behaviour of an average person. The most awful manifestation of this impact has occurred in Rwandan genocide in 1994, the first one of that scope since World War II. Media played a significant role in this conflict – local via propagating the hatred, foreign – by staying aside. David Yanagizawa-Drott presented rigorous proof of the impact of media on this genocide, attributing approximately 10% of the violence to a single radio station by exploiting the landscape peculiarities, which prevented some of the villages from receiving radio signal. This study left no doubts in the causal impact of media on violence and atrocities.

Obviously with the electricity shortages the unstoppable Russian propaganda pouring into the ears of Crimean residents will weaken, despite the presence of mobile TVs sent to the region by Moscow to broadcast “approved” news when access to regular TVs is limited . If this continues long enough, it can lead to critical thinking returning to the minds of people who supported the annexation of the peninsula a bit less than two years ago. Nowadays, Russian TV channels show continuously the same type of images: horrific footages from the Donbass region where Ukrainian soldiers are portrayed as villains and separatists — as saviours and protectors of the local population. Clearly, Russian TV is sawing the hatred all over the world, but, obviously, people in Crimea and Donbas region are more susceptible to this as Russian media are their only sources of information either by choice or due to controlled access by occupants.

Thus, there is a possibility that the electricity blackout will weaken the Russian propaganda. Moreover, if, and when, the Ukrainian government restores power supply, it may consider keeping the option of switching off the electricity as a credible threat of influencing Russia in the future as it has already shown its effectiveness. However, one will have to weigh carefully the pros and cons of such action, as part of the population in Crimea can be alienated from Ukraine even further as a result of Blockade. 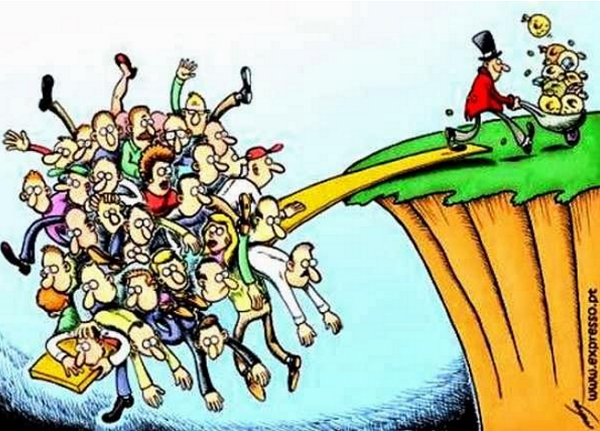 A recent VoxUkraine post provided evidence that economically disadvantageous people are prone to anti-government protests and can even start a military uprising. Thus it is important to evaluate any action with respect to its potential to quickly put a significant share of population in the state of economic hardship. Whether we are talking about natural disaster or a human caused emergency, those who are poor and marginalised are the ones suffering disproportionately more. In the case of Crimean Energy Blockade for working individuals, one of the effects is coming via their workplaces. It is clear that the small enterprises (in 2012 – 33% of the employment and 22% of economic activity in Crimea) and individual entrepreneurs are the ones who would incur highest relative losses and will be disproportionately leaving business as they have little to no readily accessible funds to fall back to, leaving the owners and workers with substantially reduced means for living. At the same time, the larger companies have more resources to switch to alternative sources of energy such as power generators and continue operations, at least for some time. Thus, employees of larger firms, although also suffering the damages, will be relatively better off than those from the SME sector. Moreover, irrespective of employment status, poorer individuals are more susceptible to further negative effects related to a worse access to health care, childcare, safe food and water. Both suggest a likely increase in the social inequality which is persistently linked in the economics literature to higher crime rates (mostly with respect to property crime, robbery, homicide and murder). A more immediate effect could be local anti-Russian protests (): One should remember that according to the Geneva Convention (article 55) ( https://www.icrc.org/ihl/WebART/380-600062) the responsibility for the everyday needs of the population lie on the shoulders of the occupying power. 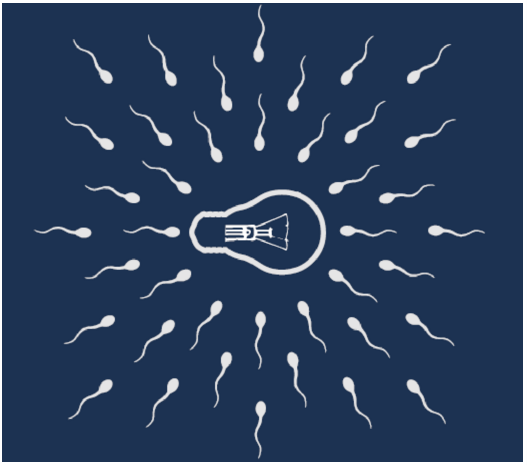 In case Russian Federation, as the Occupying Power, fails to resolve the issue with the electricity supply to Crimea in the near future, we may be looking towards a fertility boost in the region. Irrespective of the content of the TV programmes, the mere availability of entertainment provided by the TV seems to serve an important role of birth control, at least in the developing countries. A study by Jensen and Oster (2008) called “The Power of TV and: Cable Television and Women’s Status in India” (http://home.uchicago.edu/eoster/tvwomen.pdf) shows that the introduction of cable television has led to the reduction in fertility rates in India. Moreover, there exist studies of the direct impact of power outages on unplanned birth 9 months later, and even a baby boom, which first came to prominence in popular culture after the great New York blackout of 1965. It left over 30 million people without electricity for 13 hours. However, later study of the event’s consequences concluded that there was no significant impact on fertility nine months later. As a result, this theory was long referred to as an ‘urban legend’. Unlike the New York blackout, the power outages in the developing world are a recurring feature of a larger scale and longer duration. A rolling blackout in Colombia in the 1990s has provided a natural experiment setting to rigorously study the hypothesis. It has shown that power outages are associated with a 4% increase in the probability of having child in any given year, and the effect is mostly coming from the unplanned pregnancies in women 15 to 30 years old (http://cep.lse.ac.uk/pubs/download/cp403.pdf).

Burlando (2014) focused on the case of Zanzibar and also found that a month-long blackout in 2008 caused a significant increase in the number of births 8 to 10 months later. The latter two studies have been performed with the outmost scientific rigor living no doubts in the causality of the effect.

If the government of the Russian Federation does not resolve the issue of power supply to the occupied Crimea, we may be looking for a long period of intermittent power supply to the peninsula. This may bring together several unintended consequences in the medium and longer term: via weakening the impact of Russian propaganda and potential of its victims coming back to their senses, via an increase in the social inequality and a related increase in violence and social protests , and via an increase in unintended pregnancies and births. While the first and the second effects are almost population-wide, the third effect depends on the share of the population of fertile age, which is remaining in Crimea, and such statistics are not available now. While we will not know until next summer whether the blockage indeed has any effects on fertility rates, let us hope that these “blackout” children will be born in free Ukrainian Crimea.

The Blockade of Crimea: Is it Working? (Yuriy Gorodnichenko (UC Berkeley) and Oleksandr Talavera (U Sheffield), co-founders of VoxUkraine)