«Visa-free travel» without myths: how the travel of Ukrainians to Europe has changed in 2 years

May 17, 2017. Petro Poroshenko signs a visa-free travel agreement in Strasbourg. In 21 days, in June, the document comes into force, and Ukrainians travel to the Schengen zone without unnecessary permits. Two years later, VoxCheck gathered myths about the visa-free regime and discovered how the simplified border crossing procedures influenced the journeys of Ukrainians.

“Not everybody will be allowed in Europe!”

Traveling with a visa-free regime will be even more complicated than without it, skeptics of the agreement signing said. They said, that the EU wouldrefuse many people to enter, and that even more documents wouldbe required. These rumors have been gaining new cycle last year, following the innovations of the European Union.

Europe introduced a new visa waiver rules. Now, if you are with a biometric passport, and you do not have a visa… If you have a visa, everything is fine, you can go ahead, as before. Now if you have a visa-free regime, there is no visa-free regime at all. It is required now to fill in an electronic questionnaire  in 7 days in advance, <…> to send it to the European kind of a database, and they’ll tell you: “Yes” or “No.” And you have to pay $7 for it .”

What Vadym Rabinovych  refers to is a bill on the introduction of the European Authorization and Travel Information System (ETIAS) for countries outside the Schengen area. This system is intended to increase security for the Schengen countries. The ETIAS concept was developed prior to the introduction of a visa-free regime with Ukraine, and  it is planned to start operating in 2020-2021. It is expected that registration will take up to four days, but usually such systems (for example, ESTA for the United States) provide instant permission to enter, of course, if you are not in the “group of risk”. The registration fee will actually be 7 euros, and the entry permit will be valid for three years.

Vadym Rabinovych refers to a draft on the introduction of the European Authorization and Travel Information System (ETIAS), which is going to apply to countries outside the Schengen area. This system is intended to increase security for the Schengen countries. The ETIAS concept was developed before the introduction of a visa-free regime with Ukraine, and it is planned to start operating in 2020-2021. The registration is expected to take up to four days, but usually, such systems (for example, ESTA for the United States) provide instant permission to enter, of course, if you are out of the “risk group.” Indeed, the registration fee will be 7 euros, and the entry permit will be valid for three years.

How the visa-free travel works?

Visa-free regime allows short-term stay in the Schengen zone – the total number of days in the Schengen countries should not exceed 90 days in the last 180 days – without  issuing additional visa. Travelers need to have a health insurance policy, and if you are going to travel across the border on a car, the insurance of civil liability of the vehicle owner. In addition, the Ministry of Foreign Affairs of Ukraine asks Ukrainians to bring with them additional documents confirming the purpose of the trip, the place of residence, the availability of sufficient funds for staying abroad (this is approximately 50-100 euro per day per person) and the confirm an intention to return to the place of residence. Such documents may include confirmation of a hotel reservation, invitations from friends or relatives, return tickets, etc.

In practice, it is the same set of documents like the one needed before the introduction of visa-free travel. The only difference is that now people do not need to bring them to the consulate to get their visa.

“But the  number of refuse to entry ES has increased!” – one would say. And you will be right. According to the Frontex project, the number of refusals for Ukrainians to enter Schengen has increased. Last year 57 593 Ukrainians did not  get to Europe. Almost 23 thousand rejections at the border related to the inability to confirm the purpose of the trip. 15.5 thousand cases were about money issues – Ukrainians could not prove that they have enough funds for their stay. Another 5 thousand rejections were due to exceeding the term of stay in the Schengen Area. One person could have been refused for several reasons.

“Who need this visa-free regime? Ukrainians are poor!”

Before the signing of the visa-free travel agreement there was a myth among Ukrainians,, that such a regime won’t be popular  because of the poverty of Ukrainians. Such statement was heated on by politicians on tv broadcasts. Here, for example, Yulia Tymoshenko, throwing her “fly in the ointment” while welcoming  visa-free ravel in her speech on the ZiK TV channel two years ago:

“Even this hard-won decision on a visa-free travel, that we have, maximum of 10-15% of people in Ukraine can use it. And this is shown by sociological research.  Ukrainian people are brought to such a level of poverty that we have entered the top ten poorest countries in the world ”

Yuriy Boyko, at that time, a member of the “Opposition Bloc” faction in the parliament, also did not pass by the thesis on the “poverty of Ukrainians”. So, in an interview with Channel 112, he stated:

Yuriy Boyko, people’s deputy of Ukraine of the 8th convocation of Verkhovna Rada, extra-factional, was previously in the faction “Opposition bloc“, 15.30 – 15.38

“60% of our population are under the poverty line, this is the UN data. People do not have resources to go on a tourist trip, they have nowhere to go  within the country”

Is it true that  there is no one to travel to Europe? According to the annual report of Frontex, after the introduction of a visa-free travel, the number of Ukrainians who crossed the border with the Schengen countries in first three months increased by 15%, compared to the same period of the previous (2016) year.

The number of those who use visa-free regime  in Ukraine is increasing yearly. In 2017, when the visa-free regime  was implemented for only half a year, according to the State Border Guard Service, 380,000 Ukrainians used this opportunity. In 2018, 1.9 million Ukrainians crossed the border with Europe without visas. In general, over 2 years  3 million Ukrainians visited Europe without a visa, as was reported by the State Border Service. Perhaps, compare to the entire population of Ukraine (42 million), this figure is really small.

But here it is worth remembering that the State Border Service counts visa-free travel only on “clean” passports – those in which there are no other valid marks. That is, if you have a biometric passport  issued before visa-free travel regime and issued a multivisa for travel, then most likely, you will not be considered a “visa-free traveler” until the visa expires.

And what about money? The National Bank counted  that last year Ukrainians spent on foreign travels $ 7.8 billion, of which more than $ 5.9 billion on the travels to the EU. That is, on average, one Ukrainian traveler in the EU spenst more than $ 300 on an overseas trip.

“But everyone will leave the country with this “bezviz” (visa-free travel)!

So, Ukrainians are crossing the European border. But are they coming back? The scare of  growth of emigration from the country with visa-free regime was made by the same Yuriy Boyko:

“Now the authorities should think seriously about creating new jobs, because there is a danger that Ukrainians – especially young people – will go to Europe, they can simply stay there,” said he in a comment to “Ukrainian News”

This thesis was often picked up in social networks and repeated by experts on numerous political shows.

It’s little harder to get to the truth here, because the number of migrants is not easy to count. Data on permanent emigration, as a rule, includes all people who were born in Ukraine and live in another country. Including those, who moved to other republics of the USSR before it collapsed.

There is no exact data on temporary labor migration. Firstly, it’s often seasonal: some people are involved in agricultural work and go to work “on strawberries”. In the second half of 2018, a poll by the Polish recruitment agency Personnel Service showed that more than half of Ukrainian workers worked in Poland for 1-3 months, almost a third – within 3-6 months. More than 35% of Ukrainians came more than three times. That is, the number of migrant workers in different periods of the year will be different.

Secondly, such migrants are usually not removed from registration in Ukraine, so their number is counted very roughly, most often by household surveys. The problem is that different organizations operate with different definition of the word “migrant”, so the calculations may be different. In general, according to the State Statistics Service of Ukraine, given in the study of the Center for Economic Strategy (Article 36), labor migration in 2017, after the introduction of a visa-free travel, increased by about 10% compared to 2012.

But due of  aforementioned problems, data from the State Statistics Service on labor migration are inaccurate.

Thus, according to the Center for Economic Strategy (Article 16), the number of labor migrants reaches 4 million people, and there may be about 2.6-2.7 million people at one-time outside the country. The International Monetary Fund provides 2-3 million labor migrants with a slightly larger  margin.

A similar conclusion came from the teacher of the Kyiv School of Economics, Senior Economist Hanna Vakhytova. According to her estimates, 2.5 million – or every tenth adult Ukrainian – work abroad. But the number of emigrants, says the researcher, is not only due to a visa-free travel regime, but also due to the war and the aggressive policy of Poland to attract Ukrainians to work.

Despite political populism and “intimidation”, the numbers speak for themselves: since the time of  visa-free travel, more and more Ukrainians travel abroad. This is also facilitated by greater awareness of the conditions of crossing the border, and the liberalization of  this process, as well as the development of passenger airlines in the country. Of course, one can not omit the problem of labor migration, which is relevant, albeit not on the scale, as described by Ukrainian politicians. Moreover, the visa regime did not earlier prevent Ukrainian citizens from working legally or illegally in other countries.
In order for Ukrainians to stay “home”, economic growth is needed, which will increase real incomes. And higher rates of economic growth can be ensured by state policy, which at least will not interfere with business development. 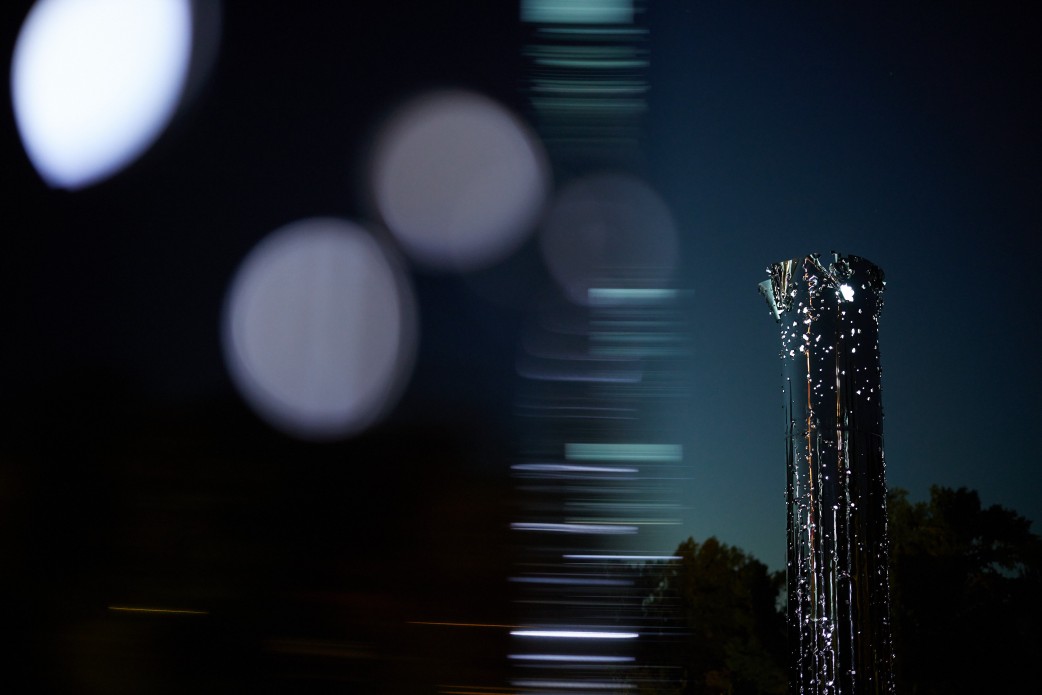