Women in a war: the side of the coin we rarely speak about

During times of armed conflict, women are exposed to various forms of physical, emotional and sexual forms of violence and commonly are specifically targeted by fighting forces 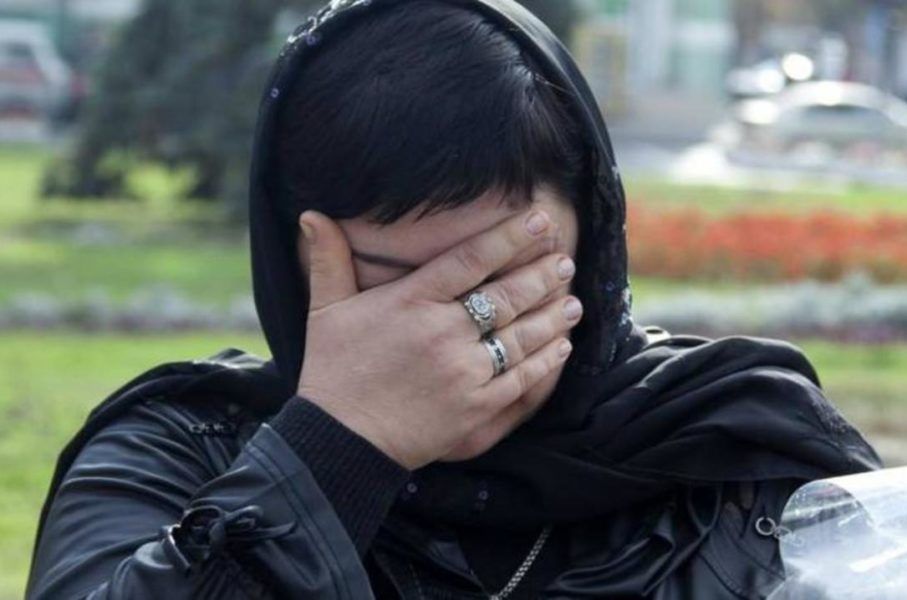 On December 15 UN OHCHR issued 8th monthly report of the UN Human Rights Monitoring Mission in Ukraine. The report highlights problems in Crimea region, stresses upon the impunity of human rights violators and gives overall positive evaluation to Ukraine’s reform policy. In the annexed recommendations the report i.a. mentions that there is a need to develop a “national action plan” (paragraph 42) in order to secure the rights of Ukrainian women.

The imperative to protect women’s right has become axiomatic, and nevertheless remains neglected in domestic process of peace building.

Ukrainian media generally portray women in conflict as vigorous warriors, devoted volunteers or even iconic heroes. Without any doubt this is a great step towards recognition of women’s role in deconstructing the traditional female image. However, the persistent silence about the whole range of problems faced by women in the conflict undermines the impression that Ukrainian women are respected and properly protected. There were only few sporadic attempts in media to address the violations of women’s rights generated by the armed conflict. In May it was reported that women in Donetsk region were extensively used as human shields and were subsequently persecuted by belligerents for the attempt to defend themselves. In July Euromaidan Press published a feature describing the practices of sexual slavery in Lugansk region involving girls aged 17 – 22. On November 23 during the UN Security Council meeting Raimonda Murmokaitė expressed her concern about the mass rapes in Eastern Ukraine. Two days later representative of the largest Ukrainian women’s rights organization “La Strada” Lisa Ray states the following: “[i]t is no secret that instances of rape grow in the operation zone, it is no secret that mercenaries frequently use women and children as live shields, which is unacceptable according to humanitarian law. However, this happens, unfortunately.” Later on a video footage depicting LPR soldiers publicly flogging naked woman went viral. The lack of desire or inability of the government and NGOs to effectively address this problem has reportedly resulted in emergence of local grassroots avengers seeking for revenge.

Ukrainian media either voluntarily or involuntarily continuously ignore problems surrounding women in a conflict. Gender-based violence is either not mentioned at all (as if it is inexistent), or is shuffled with other violations of e.g. property rights (acts of robbery or illegal expropriation) committed against the larger social group (e.g. displaced people/refugees). Ukrainians get daily reports about injuries of soldiers on the front lines, but are, unfortunately, almost completely unaware of the women’s fate in occupied territories. The way gender-based violence in conflict zone is persistently neglected marginalizes this crime as not significant enough to be mentioned, as of a lesser importance than the other news/crimes/events. Thus, this issue is not subject to a due civil society’s scrutiny and has never been listed among pressing demands addressed to the government.

The essence of the problem

During times of armed conflict, women are exposed to various forms of physical, emotional and sexual forms of violence and commonly are specifically targeted by fighting forces. Those women belonging to refugee/IDP category face additional risk of human rights abuses due to the weakening of existing community and family protection. While existing mechanisms of defense against domestic/gender-based violence have never been sufficiently developed in Ukraine, with the outbreak of hostilities in the East such gap becomes alarming.

It is important that these women receive special and qualified assistance (medical, psychological, social and material assistance) specifically designed to satisfy their needs. Right now provision of needed help in this realm is patchy: e.g. women who escaped from the conflict territory may receive help in Ukraine as an IDP (food, registration and assistance in seeking for employment), but she can hardy find a resort in case of rape or coercion (which may have happened in occupied territory or in a new place). In addition, instances of gender-based violence are extremely rarely reported to police (which has proven to be ineffective in investigation of the reported cases, providing help to victims of gender-based violence; police officers do not pass special training on this matter) because of the fear to worsen the situation and confront the offender.

The relevant experience Ukraine could use in order to remedy suffering of women affected by conflict is mechanisms and research developed to address domestic violence. Ministry of Social Affairs has published the results of several surveys and evaluations of the policies securing access to help for the victims of gender-based violence held throughout 2013 and first half of 2014. According to these findings, there are 22 registered centers of social and psychological care and 18 Mother and Child centers providing assistance to victims of domestic violence. However, only few of them may provide an accommodation, which means that even though woman may get consultations regarding her problem she still has to live in oppressing environment. Those shelters administered by the State Social Service (predominantly family-oriented) have previously required registration in the region where they are located (though, the process of amending instructions has started in 2014) and also have an age limit of 18 years (for children) and 35 (for adults). These shelters are predominantly communal or state property.

Those privately owned/NGO operated shelters face unbearable difficulties in funding: they provide only temporary shelter or often get closed after being denied municipal funding (e.g. Kharkiv shelter “Nadiya” stopped its operation in 2007). WAVE country report on Ukraine demonstrates that in 2013 there were only 3 shelters with 100 places available . According to Council of Europe Taskforce Recommendations, nearly 4,596 women’s shelter places are needed in Ukraine, which means that 98% women’s shelter places are missing. Based on reports of Ministry of Social Affairs, the rehabilitation of women in shelters proves to be the most effective experience, what is also proved by practice of developed states: there are thousands of shelters in the USA (with 200 only in California) all listed on easily accessible web-site; European countries also have developed network of women shelters, including 289 in the UK, 52 in France, 11 in Estonia etc.)

The other noteworthy problem in this area is lack of awareness about institutions capable of assisting women affected by the conflict or suffering from gender-based violence. Surveys held under supervision of Ministry of Social Affairs reveal that most of the female respondents have never encountered any social advertisement or other information about the operation of centers/shelters (and found them by chance):

“I do not watch too much TV. And I don’t listen to the radio. […] Well, I don’t see any point to go to the police and say that I’ve been beaten. Perhaps there is such an information about assistance, but I have never heard of it “(Olena, Odessa).

“I’ve never seen [advertising posters]. In Dnepropetrovsk there was nothing at all: not at the station or in Karl Marx street, nor at the Central Department Store, nowhere.”(Zoe, Yellow Waters).

The other survey shows that level of awareness among adults about CEDAW and relevant legislation is low: about 14% to 44% of interviewed women knew about domestic laws protecting their rights, while 16% to 45% respondents knew about relevant international legislation.

Ukraine has ratified CEDAW and its Optional Protocol and has signed CoE Convention on preventing and combating violence against women. Ukraine should also comply with the standards of protection of the civilian population established under international human rights law and humanitarian law. All these legal instruments require state to endow women with specific protection and assistance. It is understandable that Ukrainian authorities may not be always practically capable to apprehend offenders violating women’s right in occupied territories and bring them to justice. However, the state is obligated to provide necessary and adequate assistance to those women who became victims and fled from the conflict territory. For this purpose government should establish institutions (or restructure already existing centers) specifically designed to provide necessary assistance to women affected by the conflict and suffering from gender-based violence regardless of their age, place of registration, marital status. The government must also ensure that such institutions are provided with adequate funding and professional supervision. The separate effort is needed to raise awareness about government’s progress in achieving the aim of creating secure and safe environment for women (effort “from the top”), as well as local initiatives, institutions and opportunities for women to secure their wellbeing in the complex situations (efforts “from the roots”).