In December 2019 president Zelensky submitted to the parliament the draft law on amendments to the Constitution related to decentralization. 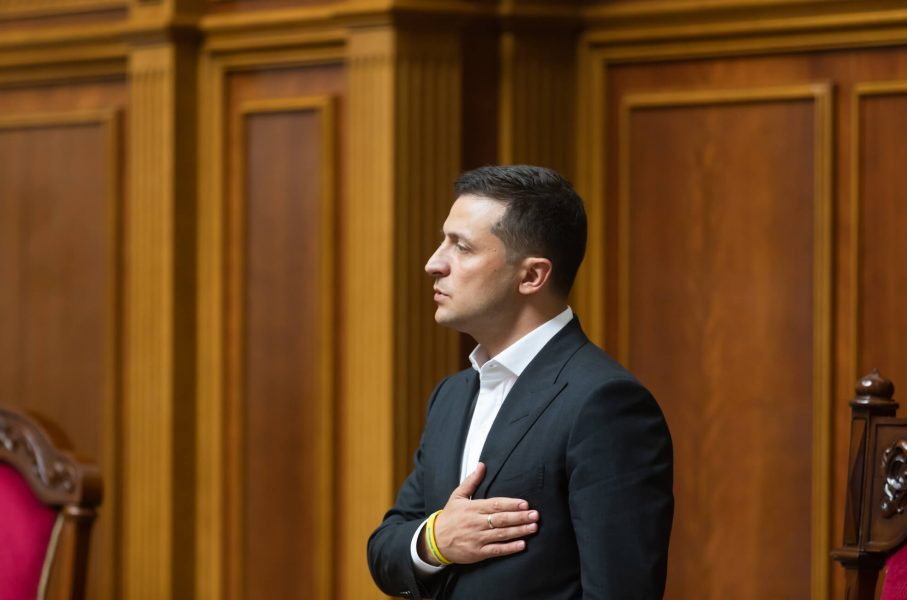 The new draft law on amendments to the Constitution gives central government less power over local ones than the previous draft law. At the same time, it does not resolve the problem of dualism of executive power. While it does not contain a controversial clause on the special status of Donbas, it allows to define legal status of territorial units by laws of Ukraine. Given imperfections of the draft, it would be wise to at least hold a wide social discussion of it before trying to adopt it.

In December 2019 president Zelensky submitted to the parliament the draft law on amendments to the Constitution related to decentralization. VoxUkraine has discussed elsewhere [1] that the decentralization reform needs constitutional changes to be completed – since now the power is overly centralized and the distribution of responsibilities between local branches of central government and local elected governments is unclear.

Another problem with the Ukrainian Constitution is that it embeds the dualism of executive power [2]. Specifically, on the central level the president participates in the appointment of the prime minister (he/she submits to the parliament the prime minister candidate for approval but this candidate has to be proposed by a coalition of parliamentary factions). On the local level, the executive branch is represented by local (oblast, raion) state administrations. Heads of these administrations are appointed by the president upon proposal of the Cabinet of Ministers (CMU) and report to both the president and the CMU, are responsible to and controlled by higher-level executive bodies (e.g. ministries).

The newly published draft law is very similar to the draft submitted by then-president Poroshenko in summer 2015 [3]. Voting for the previous draft law caused clashes near the parliament because it included the clause on the special status of occupied territories of Donetsk and Luhansk oblasts. The draft was not adopted in 2015. The new draft law does not mention occupied territories. However, it allows defining legal status of administrative units by laws. This implies that a special status to some oblasts, raions, cities or communities can be granted by parliament via a simple majority vote (226 votes). Currently this requires a constitutional amendment (a longer procedure and 300 votes).

The new draft law does not resolve the problem of dual subordination of local representatives of the executive branch either.

Today, the issues of everyday life on oblast and raion level are mostly resolved by local administrations. Elected local councils have very little impact on administrations, although formally local administrations are responsible to local councils within the scope of their delegated powers. However, since local administrations are responsible for formation and execution of local budgets (although local councils approve these budgets) in practice oblasts and raions are governed by administrations rather than councils. Although raion and oblast councils can have their executive committees, these committees have no tangible impact on the everyday life of citizens. In places where decentralization reform is not yet implemented raion administrations, since they control the budget, can also control socio-economic issues of villages and towns on their territories. After a United Territorial Community is formed, however, this community establishes a direct relationship with the central budget and receives more freedom in spending its own funds. Thus, community citizens and their elected representatives have much more control over the provision of public goods on their territory.

According to the new draft law, a community will be the primary unit of local self-governance and a legal entity (this definition was missing in the previous draft law which simply defined a community as a ‘collection’ of its dwellers).

A community can be formed in two ways – either merger of several villages into one administrative unit or junction of villages to a nearby town or city.

According to the decentralization portal, as of end-2019, 1002 communities have been formed on the basis of 4572 smaller units. Thus 43% of Ukraine’s territory with 32% of population has been covered by communities. 24 of 450 Ukraine’s raions are 100% covered by UTCs. 6389 territorial communities are not yet united but the government has approved perspective plans for 1356 more UTCs to increase coverage to 87.6% of territory and 83.8% of population.

The constitutional amendments envisage that local administrations will be replaced by prefects who will also have a somewhat different set of powers. In short, local councils will be responsible for budgets and everyday socio-economic issues while prefects will oversee their activities. For this, prefects can form their offices.

The previous draft law defined prefects as representatives of the executive branch on the local level. The current draft law states that executive power in the regions will be exercised by local branches of central government bodies (e.g. ministries) while prefects will be the representatives of the state. Thus, under the current version of the draft law prefects are not responsible for implementation of state programs of socio-economic development. However, they are still supposed to coordinate the activities of local branches of central government bodies.

Both current and previous draft laws foresee double subordination of prefects. The formulations slightly differ but in effect prefects are responsible to and controlled by both the president and the Cabinet of Ministers. And besides overseeing implementation of the Constitution and laws on the local level, a prefect has to make sure that local branches of central government bodies implement decrees of the Cabinet and those of the President. This last clause is absent from the previous draft law. It effectively makes a prefect a representative of the executive branch. It also creates the ground for potential conflicts – since according to the Constitution the President is responsible only for international relations and defense. He/she cannot issue orders to the Ministry of Finance, for example, let alone its regional branches.

Important differences of this procedure with the previous draft law are as follows:

Thus, the new draft law provides less powers to the President to affect local elected governments than the previous one.

Both previous and current draft laws define that a prefect is a civil servant (which implies that he/she should be selected by competition). The new draft envisages that a prefect cannot remain in one local unit for more than three years. Thus, prefects need to be rotated at least once during a five-year presidency. Recently adopted changes to the law on civil service considerably simplified firing of civil servants, especially at the higher level. This implies that civil servants, including prefects, will be much more politicized.

Current draft law does not define the powers of oblast and raion councils – it simply says that they are defined by a law. The previous draft law was much more specific on that – it prescribed that these councils approve budgets of raion- or oblast-level projects, and that oblast councils approve oblast socio-economic development programs. In addition, the previous draft law foresaw that, like in the current Constitution, local councils would be responsible to central government bodies for implementation of responsibilities delegated to them. This means that, for example, if the Ministry of Social Policy asks a raion council to administer some social payments, this raion council is responsible to the Ministry for delivering these payments to recipients in time. Thus, current draft law leaves more space for subsequent legislative distribution of powers between central and local governments as well as for changes of this distribution.

Both previous and current draft laws provide the parliament with the authority to create and liquidate communities, raions and oblasts, although the current draft envisages that the parliament should do this upon submission of the Cabinet of Ministers. The current Constitution allows the parliament only to create and liquidate raions and change boundaries of cities/towns, while the list of oblasts is embedded into the Constitution (thus, for example, changing the names of two oblasts within the decommunization process requires amendments to the Constitution). The ability of the central government to create and liquidate communities at its discretion contradicts the “big goal” of the decentralization reform which is empowering citizens. Thus, it would be better to eliminate this ability or to at least limit it by certain requirements (e.g. the need to obtain citizens’ consent).

Both “new” and “old” draft laws suggest to reduce the term of service of local councils from five to four years (while terms of service of the parliament and the president remain five years). The new draft law also prescribes that heads of oblast and raion councils (who are elected from within local councils) should be rotated annually. Probably this clause is aimed to reduce the “shadow value” of this position. However, before the powers of a local council and its head are legislatively defined, this “value” is unknown. Current law states that a council head is responsible for organization of a council operations – preparing sessions, coordinating council committees, hiring and firing of employees of a council support office etc. A council head also represents the local council in relations with other organizations. Thus, on the one hand, annual rotation of this person may prevent his/her capture by vested interests. On the other hand, it can bring much chaos into operations of a local council. For example, each new head may be willing to replace some support office staff. And learning processes and operations by new people will take time.

According to the final clauses of the new draft law, the local elections are to be held 90 days after the new law on administrative-territorial composition of Ukraine is adopted (the head of the ‘Sluga Narodu’ party mentioned that the number of raions/districts would be reduced from 450 to 100-150, which is consistent with the plan of the previous government that aimed at 102 raions). Local administrations should be replaced by prefects until March 1st 2021.

In summary, the draft law has both positive and negative sides. Since it is an important law and its adoption is needed to complete the decentralization reform, a wide national discussion of the draft is a necessity.

[1] For example, refer to the White Book of Reforms that among other discusses decentralization.

[3] Comparison table for the current Constitution and two draft laws (in Ukrainian) can be found here.