FAKE: In Chile, the law on the rights of "mutants" and genetically modified people has been approved - Ostap Stakhiv

However, all these allegations are false. 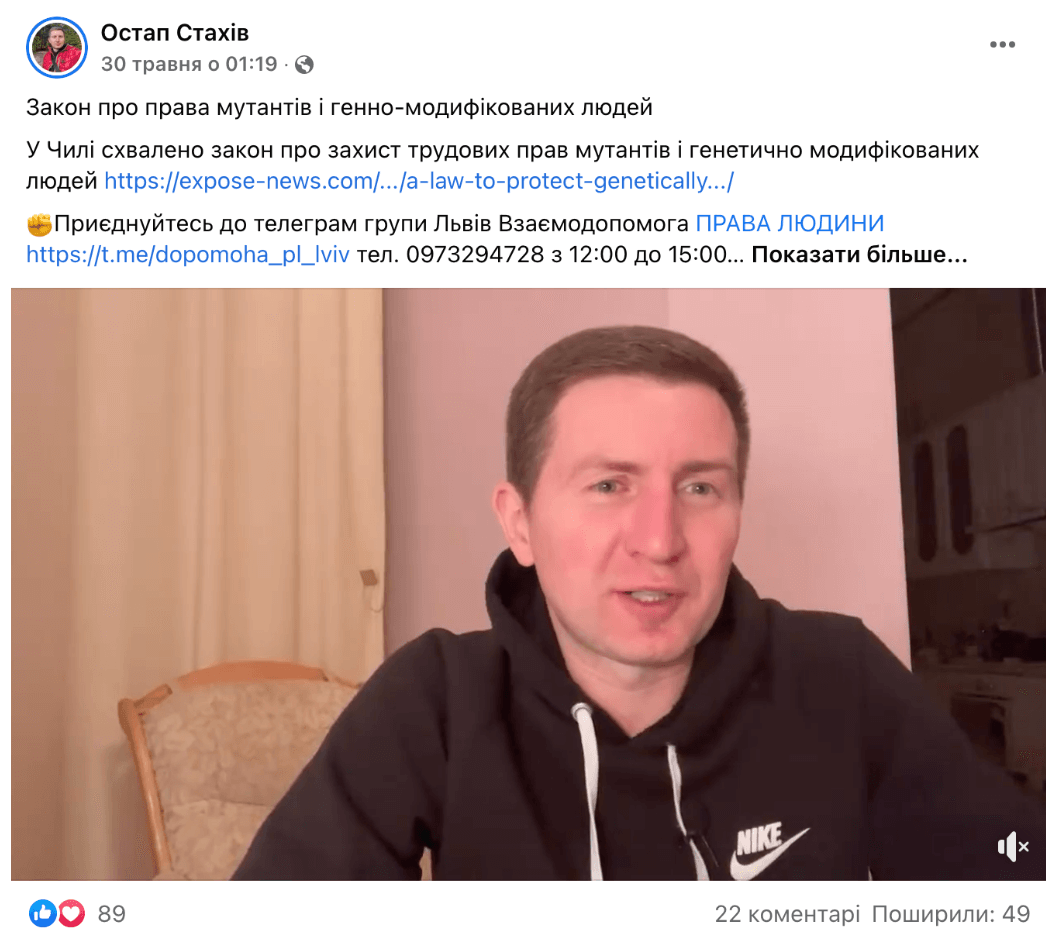 Screenshot of the video

Ostap Stakhiv is an activist and blogger and, as he calls himself, a “free journalist” and the founder of the “Human Rights” movement. He has actively spread conspiracy theories about the “harm” from 5G, masks, and quarantine, calling the pandemic planned and the coronavirus vaccine dangerous. We have repeatedly debunked his false allegations. We mentioned him and other covid-dissidents in an article dedicated to the first anniversary of the infodemic.

Analyzing the law, Stakhiv cites a piece on The Daily Expose. VoxCheck has repeatedly disproved the manipulative and false ideas spread by this website. In addition, according to the Media Bias/Fact Check aggregating independent fact-checkers’ evaluations of the IFCN network, The Daily Expose is a conspiracy and pseudoscientific publication.

On February 16, 2022, the National Congress of Chile passed the law, “Prohibition of employment discrimination regarding mutations or changes in genetic material or genetic testing.” But it does not mention “mutants” and “genetically modified people.”

This law prohibits employers hiring employees from inquiring about mutations or changes in the candidates’ genome causing a predisposition to genetic disease. The law also prohibits requiring certificates or tests to confirm that employees do not have changes in genetic material or mutations in their genome.

The law is designed to eliminate discrimination against workers based on genetic changes and mutations in DNA, that is, various genetic diseases. Genetic diseases can be:

The most common causes of genetic diseases include:

In the video, Ostap Stakhiv mentions other false allegations previously debunked by VoxCheck. However, we know that: