FAKE: Ukraine has lost its fleet, aircraft, air defense, and control over Kharkiv

FAKE: Ukraine has lost its fleet, aircraft, air defense, and control over Kharkiv

The information has been spread that Ukraine lost in 6 hours of war all bases of the Ukrainian Navy, 95% of air defense systems, airfields, National Guards’ headquarters and the Joint Forces Operation (JFO) headquarters in Donbas, and control over Kharkiv. (Propagandists call the Ukrainian military “punishers”). 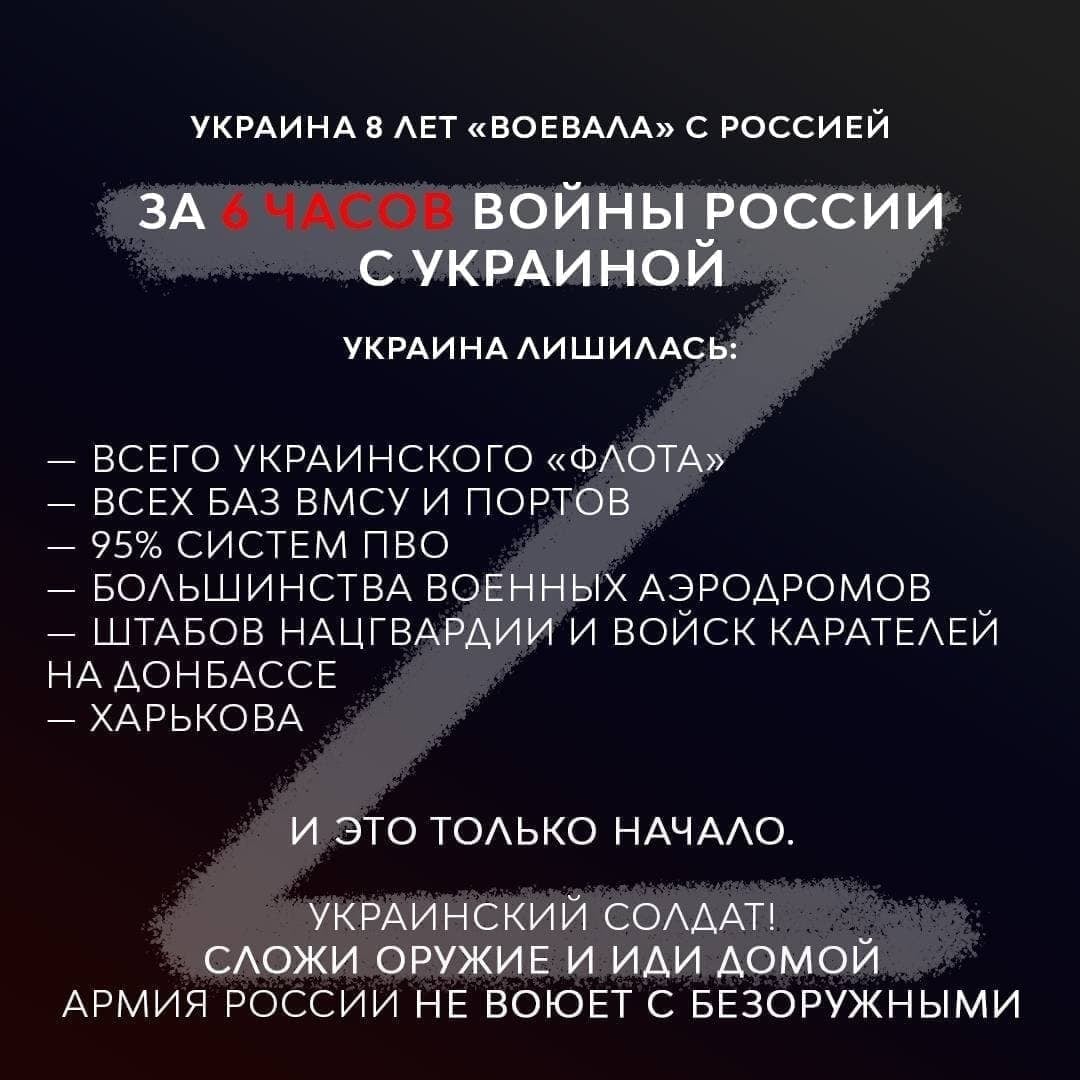 However, this is fake.

The Ukrainian Defense Forces are holding back the Russian aggressor’s offensive. They returned complete control over the city of Mariupol and Shchastya. Fierce fighting continues in Kharkiv and Kherson oblasts, and the Ukrainian Armed Forces continue to resist. The fleet, aircraft, and air defense systems were not destroyed.

Border guards are resisting at all borders. Russian aggression took place within the Luhansk, Chernihiv, Sumy, Kharkiv, Zhytomyr, Kherson, Odesa regions, on Zmiiiny island, and in the area of the Joint Forces Operation (JFO) headquarters in Donbas. Border units are being redeployed to reserve positions and act in conjunction with Ukrainian army soldiers.

We remind you that there are a lot of fakes now. Read information from verified sources: