Gerard Roland: If You Strive for Economic Growth, Try Not to Expropriate Capital | VoxUkraine

Gerard Roland: If You Strive for Economic Growth, Try Not to Expropriate Capital

Democracy vs. security measures: how do they affect economic growth of the country? Gerard Roland, Professor of Economics and Political Science of the University of California in Berkley (USA), raised this issue in his speech at the conference “The Role of Central Bank in the Economic Development.” The conference was held in Kyiv in mid-May during the Ukraine Economy Week. VoxUkraine publishes the most interesting speeches and discussions.

I would like to talk about something that is very important for economic growth but has been neglected in the recent years – “The Capital Levy Problem”.

What is the capital levy problem? If you want to invest somewhere – there is a big difference between the elasticity of capital to taxation before the investment has been made and afterwards. Before an investment has been made, people can invest in many different countries and different continents. Hence, they are very sensitive to the conditions of the economy, the environment, taxation, the rule of law etc. But once you have sunk your investment – it is there, and you become much more vulnerable – not only to higher taxation, but to expropriation as well. This is called the Capital Levy Problem.

There is a very important commitment problem because of this different elasticity of capital before and after the investment has been made. Therefore, if a government wants to have high investments (and high growth as a result) – it needs to have a commitment not to expropriate. This seems very basic, but we see expropriation of investment all the time. One example is Russia where huge renationalization has been taking place – the most prominent cases are Yukos and Sibneft. In China similar things happened, therefore entrepreneurs who invested early in China were afraid of being expropriated and thus tried to recoup their investment as much as possible. China is a huge economy so people are willing to take risks, but if you have a smaller economy and investors feel that their investment can be expropriated – then it is bad for growth. Thus commitment not to expropriate is absolutely fundamental.

How do you do that? The best way that has been found so far is democracy. Democracy is fundamental in order to have a commitment not to expropriate. Certainly, democracies are not perfect. But because democracies have the rule of law, separation of powers, institutions that create credibility – they can create commitment not to expropriate. It’s never perfect but it is much stronger than what you see in autocracies. Independence of the judiciary is fundamental for this but other institutions are also important. 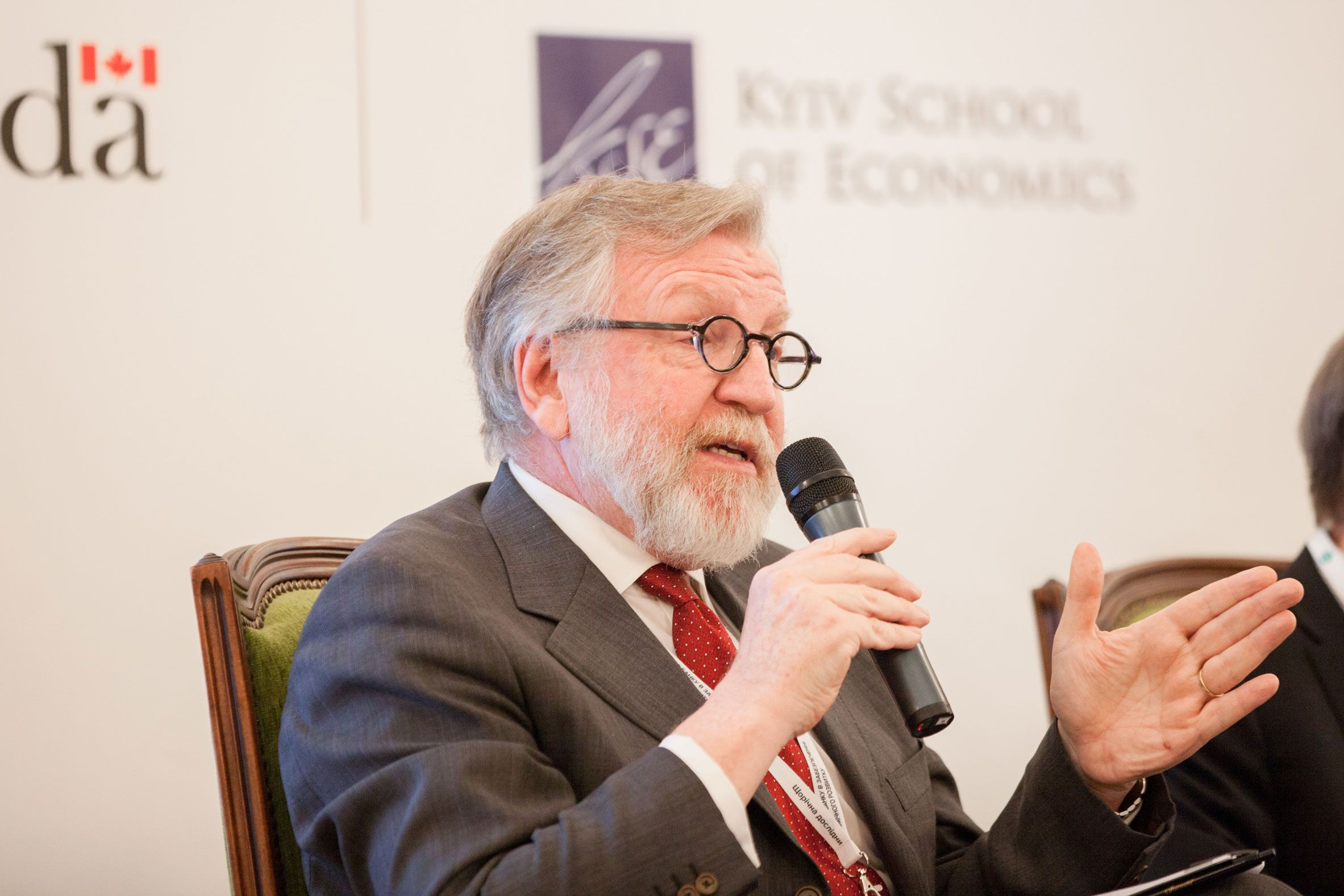 Source: The National Bank of Ukraine

An independent central bank is a fundamental institution if you want to have the rule of law. All the populists in the world hate central bank independence because they want to come to power, to print money and redistribute it – and the result is what you see in Venezuela today.

The commitment not to expropriate is extremely important. From that point of view, there is no such thing as illiberal democracy. Democracy is not about the majority expropriating or oppressing the minority. Some people can object to this, invoking the example of Singapore which is not a democracy. That is true, but Singapore is a city state, it is a very open economy and has a very strong rule of law. If they didn’t have the rule of law – they wouldn’t be as affluent as they are today. Singapore, by the way, is the only country in the tropics which is in the league of high-income countries.

The real danger of populism is that populists are the first who are going to want to expropriate and redistribute everything. If you allow this to happen, you end up in autocracy, you end up with journalists being killed, judges being removed etc. – look at what has been happening in Turkey or in Russia. This is not just about politics, it’s about growth. You create commitment not to expropriate by having the right institutions – and these are fundamental.

This is especially important in post-communist countries. Too often we think of transition as a process whereby countries just got rid of communist regimes. But in reality the authority of communist regimes eroded gradually, and when communists’ power collapsed, there appeared networks of political entrepreneurs, oligarchs, etc. who started grabbing pieces of state power. That is why post-communist countries tend to have bad scores on institutions, rule of law, corruption, and democracy. It is a special challenge for post-communist countries: at the time of transition, however imperfect, as long as you just let things go, some market forces would act. But when you have a state apparatus that has become corrupt, that has become an instrument (literally like an ATM machine) for oligarchs to enrich themselves at the expense of taxpayers – then you have a very low growth as a consequence.

Ukraine has been suffering too much from that. Now there is certainly a very important political will to change this since the Euromaidan.

This transformation of post-communist states is an international battle. Putin’s government (I’m not saying Russia) thinks that it’s in their big interest to continue to have the state as an ATM machine and maintain the networks of corruption. That is why all battles against this and all battles for democracy, as we have seen in Ukraine in recent years, are seen as threatening to the Putin regime. That’s why the European Union is under attack, that’s why democracies are under attack. This is really an international battle and, as I said, it’s not just about politics, it’s really about growth.

Ukraine is in the midst of the armed conflict. And we are trying to build a democracy. How do you find a balance between enforcing national security, which requires some restrictions, and democracy, which is against these restrictions? 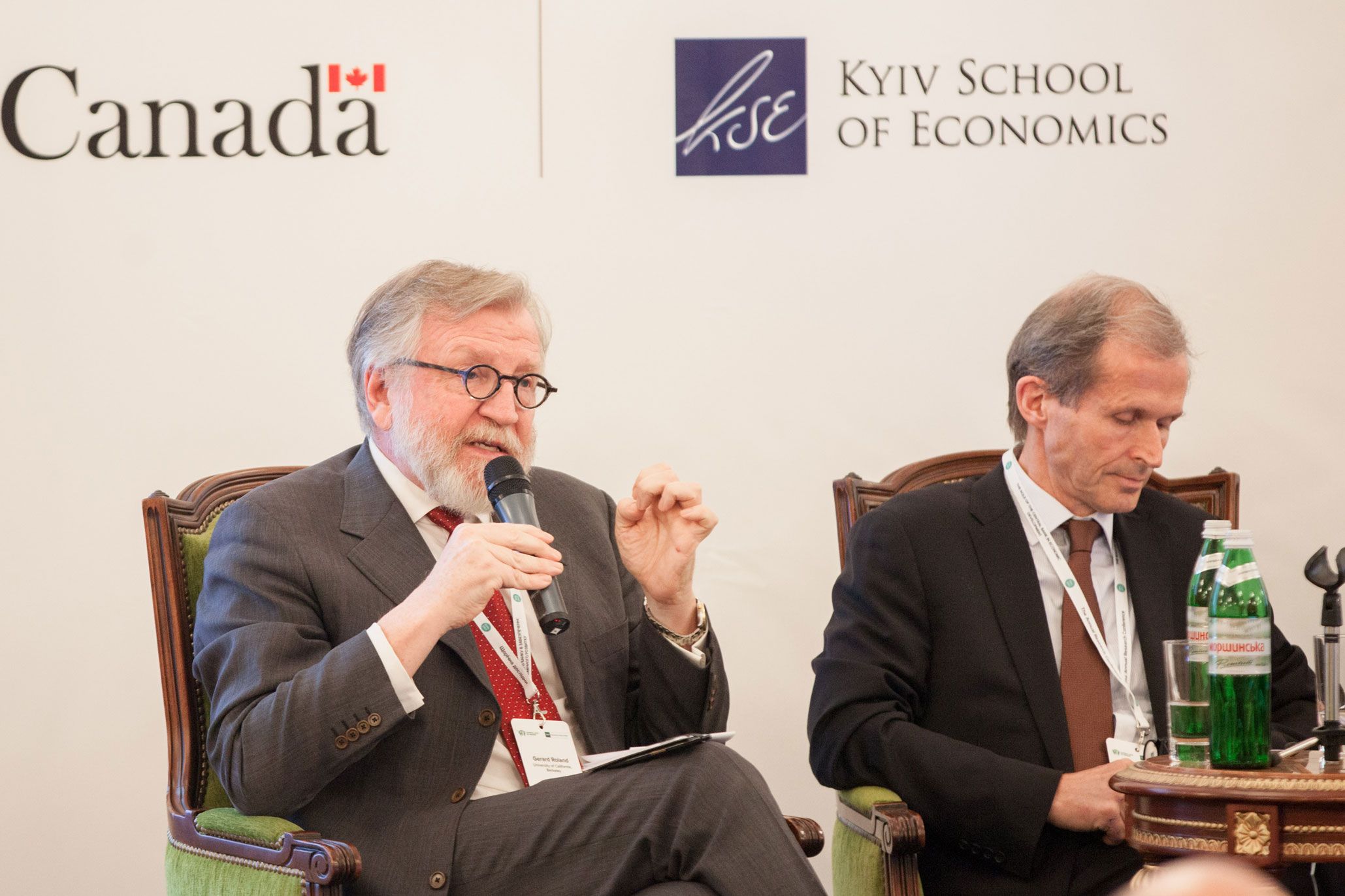 Source: The National Bank of Ukraine

The arguments of national security have been used in a wrong way every time I have seen them. For example, a recent ban on Russian social networks (VK, OK etc), apart from the problem of implementation, which I think is infeasible, is simply wrong. And it is wrong not only because it goes against freedom of expression etc. – but because it sets a precedent that by using a national security argument you can crack down on anyone in this country.

Look at the example from another country. The Orban government in Hungary is trying to shut down Central European University, the best university in the country. They say “we are just enforcing the law”, but the law was produced with the sole purpose of prohibiting that university.

Another case in which national security argument has been used in a wrong way is decentralization. I have heard many times the argument (and this has nothing to do with the Minsk agreements) that giving more powers to local governments – mayors, oblast radas etc. – is bad for national security. I have the opposite view. I think that decentralization is extremely important for unleashing democratic forces, entrepreneurs, initiatives that are there among the young people. In a nutshell, I think the argument of national security is used in the wrong way. This is not to diminish the issue of the conflict.

But I want to say two things. First, if the argument of national security is used more and more – Putin has won. Putin wants Ukraine to go back to some kind of Yanukovych era – to the era where democracy is suppressed, where corruption can go on without peoples’ protests. So any defeat for democracy in Ukraine is a victory for Putin. This is very important in the national security debate.

The other thing is a bit more fundamental. In Ukraine, as in all other post-communist countries except Russia you have had an alliance of liberal democrats (people who would like to have democracy and a modern market economy) and ultra-right nationalists. This alliance came about because people were against communism – but they opposed communism for different reasons. Some people said “we don’t want to be occupied by Russians because they suppress human rights and prevent us from having democracy”, and others said “we don’t want to be occupied by Russians because we want to have an ethnically pure state protecting our nation”. You could observe this alliance on the Maidan. But this is an unstable alliance. This cleavage between liberal democrats and nationalists is going to be important in all countries in this region in the coming years (Poland, Hungary etc). I don’t exclude that at some point Ukraine can become some nationalist state – still anti-Russian but that would suppress democracy, ethnic and other minorities etc.