How to reform gangland Ukraine 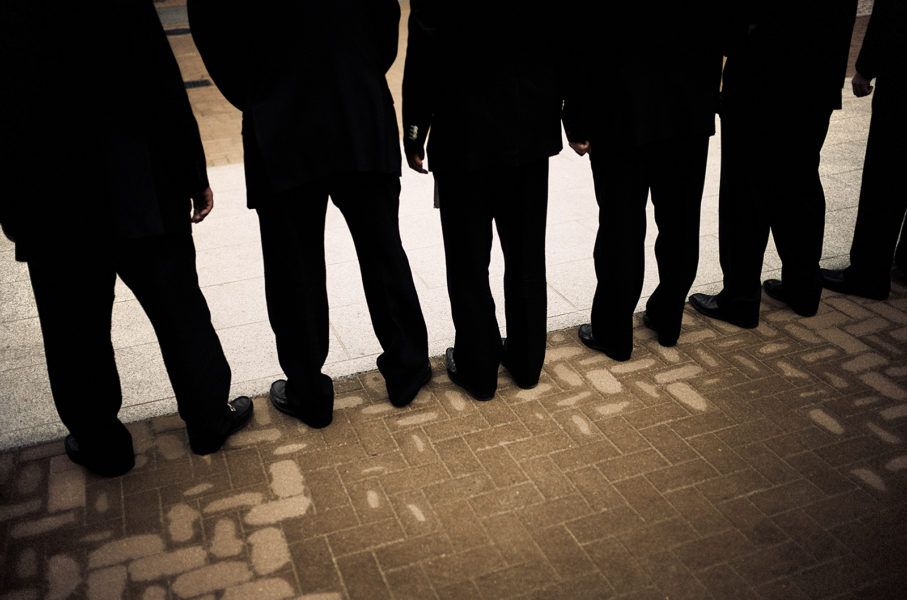 To change society in Ukraine structurally you need to deal with the high level corruption schemes that push it into abject poverty. These turn a theoretically prosperous country into a country run by different gangs that operate not only in the private sphere but often use whole government departments like for example customs or the Tax police as their private enterprise.

But how do you do this if your justice department is a failed state all by itself? This is a department that over the course of 20 years has been designed to not function at all as this gives the oligarchs a free reign to run a country as if it was their private enterprise.

It took the US sixty years to deal with a mafia that never got as deeply embedded into their society as it did in Ukraine. The US after sixty years succeeded this fight by continuously adapting and fine tuning their legislation. Today the US probably has the best anti-mafia laws on earth. The Racketeer Influenced and Corrupt Organizations Act, commonly referred to as the RICO Act, is a United States federal law that provides for extended criminal penalties and a civil cause of action for acts performed as part of an ongoing criminal organization. The RICO Act focuses specifically on racketeering, and it allows the leaders of a syndicate to be tried for the crimes which they ordered others to do or assisted them, closing a perceived loophole that allowed someone who told a man to, for example, murder, to be exempt from the trial because he did not actually commit the crime personally.

Under RICO, a person who has committed “at least two acts of racketeering activity” drawn from a list of 35 crimes—27 federal crimes and 8 state crimes—within a 10-year period, if such acts are related in one of four specified ways to an “enterprise,” can be charged with racketeering. Those found guilty of racketeering can be fined up to $25,000 and sentenced to 20 years in prison per racketeering count. In addition, the racketeer must forfeit all ill-gotten gains and interest in any business gained through a pattern of “racketeering activity.” RICO also permits a private individual harmed by the actions of such racketeers to file a civil suit; if successful, the individual can collect treble damages (damages in triple the amount of actual/compensatory damages).

Ukraine could implement something similar but it would take years and who would actually enforce it in a state with no money against rich oligarchs or gangs that keep this state on purpose poor? Could a simple treaty between Ukraine and the US in which is stated that the US Rico act and the tools needed to enforce apply to Ukraine too be voted both by the Ukrainian parliament and US congress? If the US Rico would then be extended to apply to Ukraine, subject to some reasonable exemptions, Ukraine could also get the whole US legal system at its disposal and US prosecutors could indict Ukrainian nationals for crimes that fall under this act.

We know this would work as it has already worked in the past. Pavlo Lazarenko a former Ukrainian prime minister was arrested in the US and condemned to seven years of prison for money laundering. Dmitry Firtash a Ukrainian oligarch and still to this day the president of the Ukrainian association of employers is currently in Austria fighting extradition charges to the US as a result of charges brought against him using the Rico act. He is not allowed to leave Austria pending the final decision on his extradition charges.  His major line of defense is not I did not do the charges brought against me but the charges did not happen in the US and thus the Rico act does not apply to me.

Ukrainian oligarchs or high level government officials are not afraid of the Ukrainian justice system and this is not likely to change in the coming years. But the US justice department is a totally different story. It would force instantly a totally different behavior on their part and give Ukraine a chance to grow into a country where the rule of law applies to all. Prosecution of oligarchs or high level government officials in Ukraine by a Ukrainian justice system will in the coming years always be explained as an internal revenge. If it is done by the US they can make use of all the legal defense mechanisms that make that the US has a rule of law contrary to Ukraine.

The big challenge of course is to get the treaty law voted in the Ukrainian parliament. With the new parliament and the pressure of civic society maybe an idea like this might stand a chance.  Ukraine needs it and urgently as it is doing way better in the war against Russia than in the war against corruption. A war that to be honest Ukraine has not even started.