In the previous article, we analyzed the manipulations of Minister of Health Maksym Stepanov. This article features two new personalities: Olha Holubovska, infectious disease specialist and one of the main critics of medical reform, and Yuliia Tymoshenko, leader of the Batkivshchyna party.

Both speakers spoke in unison with the Minister. For instance, with respect to closing hospitals and dismissing doctors, and uncertified protective suits. At the same time, both Tymoshenko and Holubovska equally criticized the abolishing of the sanitary and epidemiological service. But “in unison” does not mean speaking the truth. Quite the opposite.

This time, Yuliia Tymoshenko was also noted for her manipulations about primary care reform and public opinion poll results.

Announcement. After analyzing these manipulations, we will prepare the latest part of the series “Ingenuine Medical Reform” on what secondary health care reform is actually about, which elements have proved successful, and which have failed so far (because the reform began only on April 1). Not to be missed! Subscribe to our Facebook VoxCheck and Telegram channel Anthology of Lies.

“Much is said about personal protective equipment. But first, we can’t tell by eye whether this equipment is needed or not. Why? Because there are pathogens of different levels of biological hazards. And for a different level of biological hazard, there is appropriate individual protective equipment. Therefore, all these labels that are shown here, that are unfolded here, we are completely unable to conduct expert evaluation here.”

It is indeed impossible to distinguish types of personal protective equipment by eye. That is why they are accompanied by certificates (not “labels”).

A certificate is a legal document certifying the conformity of goods or a production technology to national or international standards. Laboratory tests provide the basis for issuing certificates.

“Starting from 2016, with all those scandals around reform of the SES. Then, our unions that reorganized it in the wrong way. So eventually, the Cabinet of Ministers simply abolished it. And now we have a lot of hospitals in Ukraine that do not have epidemiologists at all.”

In reality, back in 2014, a decision was made to establish the State Service of Ukraine for Food Safety and Consumer Protection. The functions of the State Sanitary and Epidemiological Service were to be transferred to this service.

However, as a result of a court decision in 2017, the Government revoked the decision on such reorganization deciding to abolish the State Sanitary and Epidemiological Service, since its functions were performed by the Ministry of Health, the State Labor Service and the State Service of Ukraine for Food Safety and Consumer Protection. The Center for Public Health is currently responsible for combating epidemics.

Besides, the State Sanitary and Epidemiological Service was abolished for good reasons. Its functions used to be and still are carried out by other organizations and, equally importantly, this service was inefficient and corrupt, as evidenced by the outbreaks in the years when it was still operational.

“But reform of the sanitary and epidemiological service, I’m almost done, because it’s very important, included the intention to retain.., if we now have lab centers in each region, and now everyone feels what a lab is, right? its workload, how long it takes to wait for PCR, those doctors working 24/7 there, right? Reform was supposed to retain just 5 interregional [laboratories]. See?”

“As we are now facing epidemiological threats globally, we stopped training epidemiologists long ago and suspended higher education, completely abolishing the sanitary and epidemiological service. This means that Ukraine was being “readied” so we wouldn’t be able to respond to such challenges.”

The laboratories of the Sanitary and Epidemiological Service were not closed but transferred, they keep functioning. And the Concept of Public Health Reform that, inter alia, addresses changes in the state epidemiological service, does not mention establishing only five interregional laboratories.

The Concept emphasizes that the available laboratories are equipped with outdated equipment, with no clear system of quality research controls, and insufficiently supplied consumables. So the problem is not really the number of laboratories, but their capacity and quality of work.

“Money does not follow any patient. Because it is not in this reform. This deficit is huge and this deficit was planned, this deficit, I would put it this way, is strategic, and in this model of reform, and in those parameters of Ukraine’s economy and budget, it simply cannot but be a deficit.”

Nearly 30 million Ukrainians have signed declarations with family doctors. And these doctors receive money for the treatment of each patient with whom they have a contract. Meaning the principle of “money follows the patient” is working.

It is unclear what exactly Tymoshenko means by a strategic and planned deficit in the reform. But the lack of funding for medicine is also the responsibility of MPs adopting such a budget.

Family doctors are not required to visit patients at home, but, if need be, a doctor can still be called free of charge without any “private channels”. In their turn, local authorities can provide them with transportation. However, in most cases, patients can get advice over the phone or visit the hospital in person. In severe cases, it is possible to call an emergency ambulance.

“With the second stage of medical reform underway, 332 hospitals are likely to close,  because they receive funding of less than 50% compared to 2019 and approximately 50-70 thousand physicians are likely to be dismissed.”

We fact-checked twice a similar statement by Stepanov. And it is manipulation.

According to Liga.net, 224 hospitals received less than fifty percent of funding, not 332. Of these, a third are dental clinics. These establishments are able to sustain themselves financially.

Besides, more than 900 million hryvnias were re-allocated, as a subvention, to finance low-capacity hospitals in the regions. Furthermore, under the law on state medical guarantees, local governments still can finance public health facilities in terms of upgrading the material and technical facilities, conducting repairs and reconstruction, increasing salaries for medical workers (“local incentives” programs), as well as local public health programs and other programs in health care (Article 4).

The speaker also keeps mum on some data. 961 medical institutions (nearly 60% of all) will receive more money than in 2019, as a result of the second stage of medical reform.

Despite this, even if local authorities still decide on closing some hospitals, it does not mean that all 50-70 thousand medical workers will lose their jobs. Because there is a shortage of staff in many health facilities. Therefore, part of the doctors and nurses will be able to find work in other medical establishments.

The government, together with local authorities, should develop programs to support doctors who will lose their jobs, e.g. helping them relocate or get retrained. But supporting inefficient facilities just to save jobs is a “punishment” for efficient health facilities that will not receive additional funding, as well as for patients who will not receive quality health care.

Despite the correct data, it is another vivid manipulation of opinion poll results.

Firstly, when talking about positive assessments, the speaker uses only a fraction of positive answers leaving out those mostly positive. But speaking about a negative attitude toward the reform, she provides both estimates – negative and mostly negative.

Secondly, the poll itself contains manipulations. Specifically, the speaker’s question from the poll: “How do you feel about the start of the reform of secondary care during the quarantine that began on April 1?”

The start of medical reform had been planned long before the quarantine began, and doctors and hospitals had the opportunity to prepare for it. It is also not clear why quarantine should affect healthcare reform. In the question, medical reform is, for no good reason, tied to something negative (quarantine) and so negative answers are obtained. 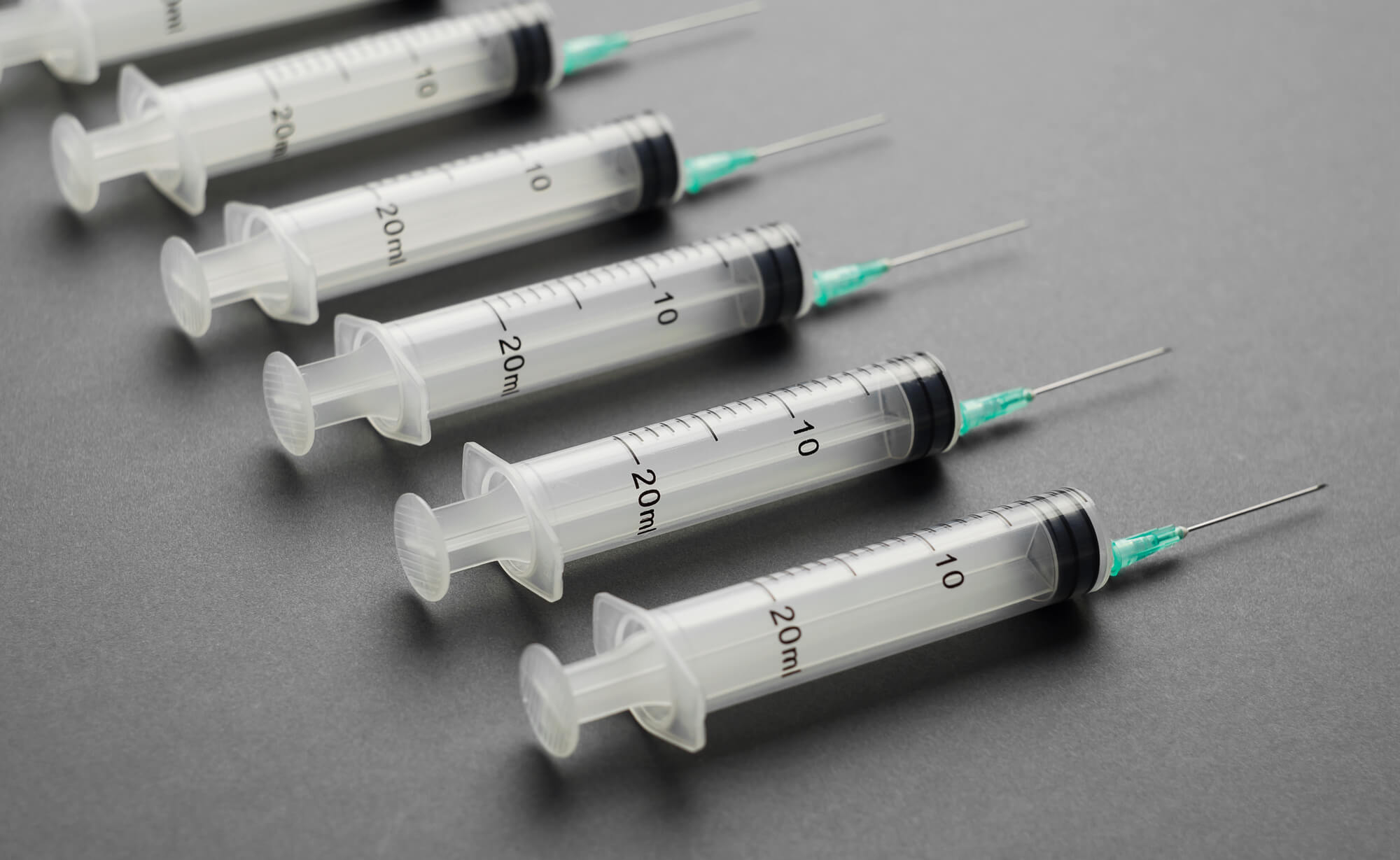 Humankind has not died out one year after the vaccinations. The most popular fake news about vaccinations against COVID-19