The Ukrainian government considers doubling the minimum wage in 2017. Will this policy work? 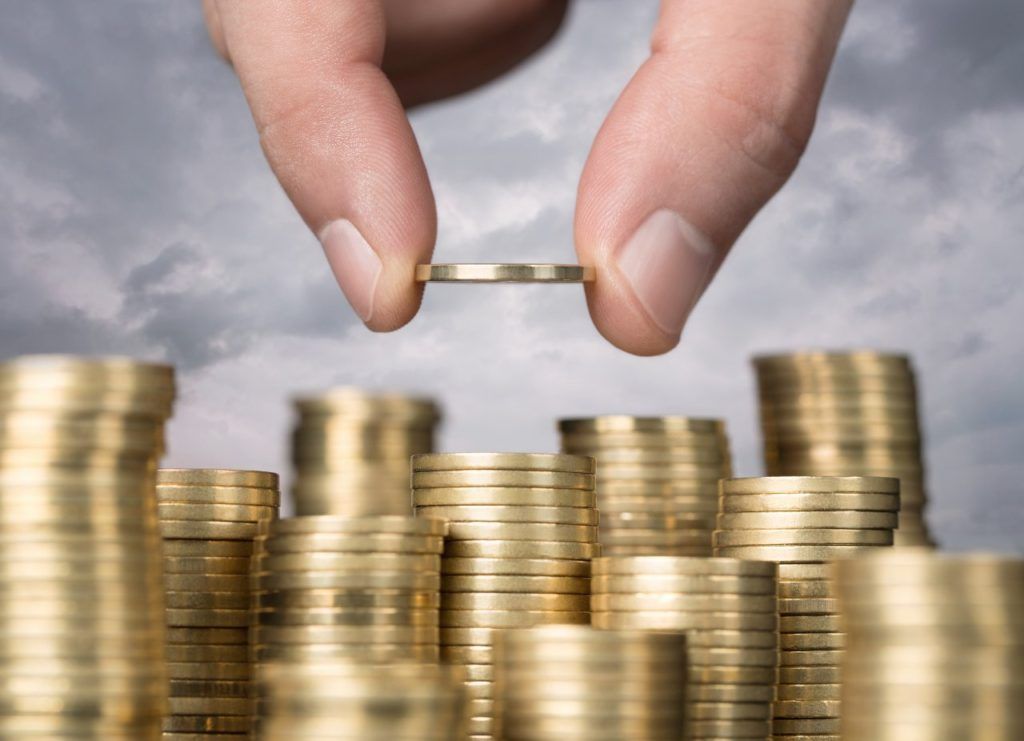 The Ukrainian government considers doubling the minimum wage in 2017. This policy step is aimed to resolve several issues but perhaps the most important one is to stimulate firms and workers to disclose their incomes. Will this policy work?

To answer this question, we first need to understand the nature and the scale of the problem. Vitaliy Reva, Ukraine’s minister of social policy, estimated that 3.7 million workers (2.6 million workers in the private sector) in Ukraine receive the minimum wage. Given that the total number of workers was 16.4 million in 2015, over 20 percent of workers get the bare minimum. For comparison, out of 77.2 million U.S. workers in 2014 who were paid by hour, approximately 3 million earned the prevailing federal minimum wage of $7.25 per hour or a wage rate below the minimum wage (that is, 3.8 percent). In Poland, about 12 percent of employees received less than 105% of minimum wage. Thus, the situation in Ukraine does look anomalous.

Why would so many people be paid a minimum wage? The consensus view is that Ukrainian firms and workers do a rational calculation. If they show no income, they are likely to have problems with the taxman. If they report their true incomes, the tax burden is perceived too high. Hence, the “optimal” solution is to report minimum wages to balance the tax burden and the risk of a tax audit.

Presumably, in an ideal world, one could fix this tax evasion problem by stricter enforcement of tax laws. But in the Ukrainian setting, the institutions are weak and the law enforcement is poor. Hence, the government tries to address tax evasion using an indirect method. Interestingly, other governments tried to do the same trick in the past.

Specifically, the Hungarian government increased the minimum wage in 2001 by 60 percent to force workers and firms declare their incomes. At the time, the OECD estimated that 30 percent of earnings in Hungary were not declared to tax authorities. The survey evidence suggested that 60 percent of workers received minimum wages officially but they received additional wages unofficially. The extent of tax evasion was at the same order of magnitude as it is in Ukraine now. What did the government achieve? Prof. Mirco Tonin studied the effects of this reform on labor market and tax revenue.

In a nutshell, one may expect two important effects. First, when the minimum wage increases some workers could be forced to pay higher taxes and hence their disposable income can decrease. Relatedly, an increased minimum wage raises labor costs and thus some workers may lose their jobs. Note that this negative employment effects may be attenuated or even reversed if firms have monopsony power. The second effect is that because of tax evasion, workers and firms have a cushion that can absorb a higher tax rate and there will be little change in consumption or employment.

Using the Hungarian Household Budget Survey, Tonin finds a large shift in the distribution of wages. In particular, the peak of the wage distribution moved from the previous minimum wage to the new minimum wage. In addition, he shows that the consumption-income gap, a proxy for the degree of tax evasion, fell. Thus, the reform did affect the amount of earnings disclosed to tax authorities. In this sense, the reform worked in Hungary, but at what cost? 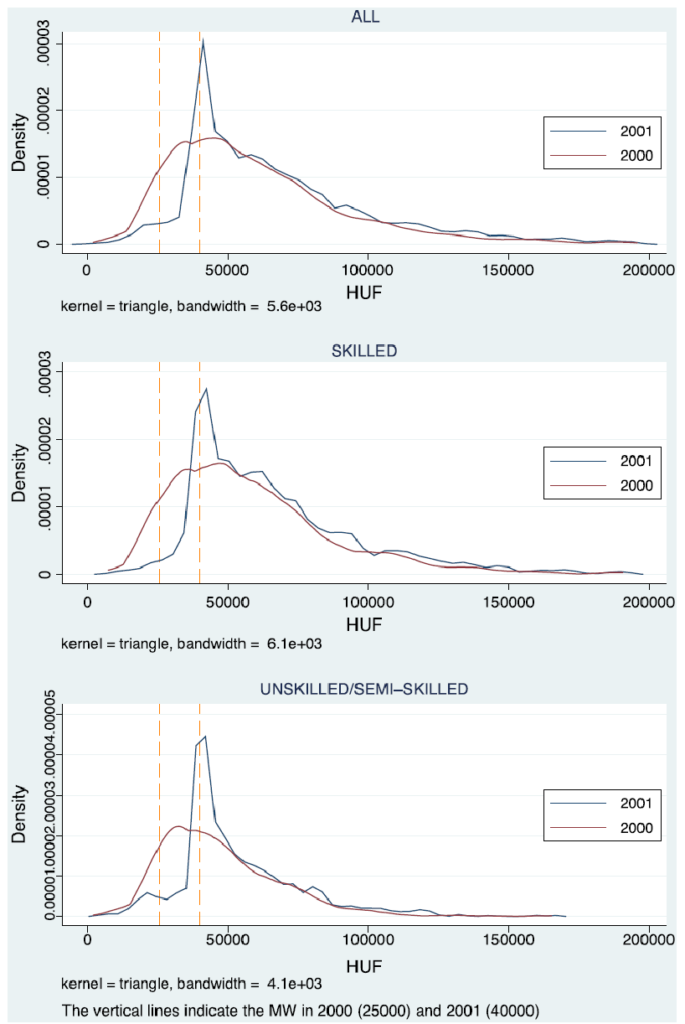 Further Tonin investigates how spending changed for the treatment and the control groups. If the spending of the treatment group decreased relative to the spending of the control group, that would mean that the fiscal burden did indeed increase. He finds that for skilled and unskilled workers the difference was minimal. In contrast, for skilled workers it was clear that the reform reduced their disposal income. Again, these results suggest a relatively modest increase in tax burden.

Hungary was not the only country that experienced a sharp increase in the minimum wage. In September 2007 the federal minimum wage in Russia (another country with a large informal sector and pervasive tax evasion) increased by more than 100 percent, from 1,100 RUB to 2,300 RUB. Furthermore, regions got power to set their own minimum wage above the federal level. Muravyev and Ochepkov (2015) investigate the consequences of this policy change on employment outcomes. The main outcomes are generally in line with the Hungarian evidence above. First, the increase in the minimum wage was associated with a modest decrease in youth employment. Second, even though the increase in the minimum targeted a reduction in informal payments, the opposite effect was achieved. The formal employment was substituted by informal jobs, typically associated with a lower job security, lack of social security protection, and lower earnings. However, this effect was quantitatively weak.

In summary, these studies suggest that although the increasing minimum wages can reduce employment and disposable income, in countries with a high degree of informality these adverse effects are likely to be modest and, hence, minimum wage could be a useful instrument to counter underreporting of incomes. This conclusion however does not mean that raising minimum wages is a lasting solution to poverty and inequality or a reliable way to fix government finances. Policymakers should be aware of possible negative consequences. Uniform and fair enforcement of laws is likely a better policy.

Managing the Transition to Renewable Energy: Stranded Assets, Investment and the New Oligopoly