You can read the full transcript here

On a sunny September day, after many months of (adaptive) quarantine, it is nice to take a break from Zoom and meet offline. Naturally, in the out-of-doors and in compliance with all sanitary norms. During the discussion, we once again became convinced that real-life communication is still much more interesting and vivid than online meetings. Especially when it comes to such a sensitive and important topic as auditing of budgetary spending and implementing the auditors’ recommendations.

Dmytro Boyarchuk started the discussion by noting that CASE Ukraine has been actively working with the Accounting Chamber’s reports. These reports are often a source of questions requiring special attention. He noted a very high “concentration” of information in the AC reports. It is thus important that the media “dilute” this information for their readers, paying more attention to how their money is spent. For example, Dzerkalo Tyzhnia recently published an article about the creation of a single register of the recipients of social benefits – this took 10 unsuccessful years and nearly one billion dollars, on top of the inefficiently spent budget funds. Given the number of “benefit holders” in Ukraine, it is quite surprising that this topic has been outside the public eye.

In 2019, the Accounting Chamber inspected 600 objects worth of UAH 769 billion. Only 5 financial audits took place in 2019, with the rest being performance audits. The AC found violations amounting to UAH 50 billion. 73 criminal cases were opened. Today, the agency is developing an IT audit model together with EU experts.

The SASU conducted 306 audits last year, and 164 this year. However, ineffective management actions  amounted to UAH 6.9 billion last year against UAH 10.6 billion to date. This is due to the fact that last year, the audit was carried out in schools and kindergartens (loosely speaking), and this year in large state-owned enterprises and government agencies (Naftogaz, Tax Service, Customs, SBI, etc.). Hence the higher effect.  Last year, the total cost per one expert of the State Audit Service amounted to UAH 158,000, with the net return to the budget being UAH 149,000 per person. This year, the costs related to SASU employees have even decreased to UAH 157,000 per person per year, with the refunds amounting to UAH 272,000. However, the SASU head noted the need to increase the employees’ salaries, and also to have enough funds to employ external experts.

Valeriy Patskan added that the AC plans on reducing the number of reports from 95 to 35, making the reports short and informative. The SASU head said that his agency is also working on the quality of reports, and even a separate department was created for this purpose.

Is the State Audit Service needed?

The chairman of the Accounting Chamber believes that the SASU is a Soviet vestige and the two bodies should be merged. At least, the EU allocated funds to create an internal audit system whose owner should be the AC. The head of the State Audit Service did not agree, believing that the AC is a body of external (parliamentary) control of the executive branch. But the Cabinet of Ministers should be able to conduct an internal audit, i.e. see how effectively the main budget managers fulfill the government’s tasks. Such audits cannot be conducted by the Ministries’ internal auditors due to a conflict of interest.

A new law on the system of financial control is needed

The speakers agreed that Ukraine needs a new law on the financial control system to replace the outdated law from 1993. Some principles of the new law are as follows:

The SASU head fully supported the last point, adding that he plans on creating an electronic database of violations, identified during the audits. This database will make possible the analysis (e.g. identifying the most “popular” violations).

Hennadiy Plis also said that the Government is preparing a resolution that will make it possible to avoid overstating the expected purchase price (Ed. note: KSE researchers have determined that a higher expected price usually leads to a higher final price). According to the resolution, the purchaser will have to justify the quality of the purchase in any form (i.e. provide the reason to have such a product) and publish the expected price prior to announcing the tender. These justifications can later be considered by the SASU, monitoring public procurement. 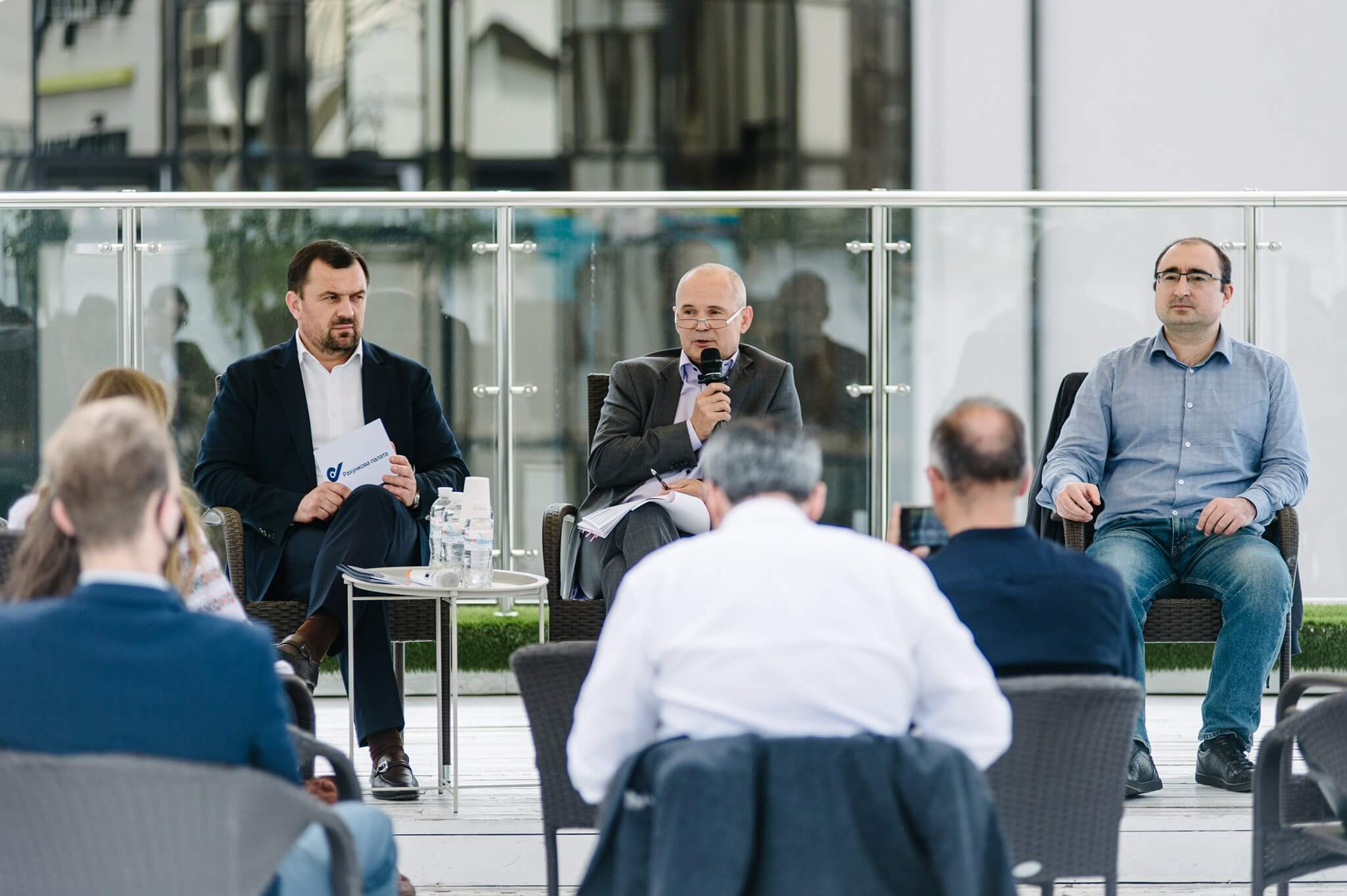 Valeriy Patskan noted that he has stopped handing AC materials over to law enforcement bodies, based on which they used to initiate cases. Now, they can receive materials only by court decision. This has reduced the number of “solicitors from the organs” by 97%.

“I always tell our objects of control: do not look for an enemy in me, look for a partner in me instead” – says V. Patskan

Hennadiy Plis complained that the SASU does not have time to process information requests from NABU and the SBI – “it’s a year-long wait.” He also believes that the police and the Prosecutor General’s Office were stripped of the function to investigate economic crimes for no good reason. Valeriy Patskan who advocates the establishment of a financial investigation service, disagreed with him on this.

Auditing the coronavirus fund: violations will most likely be identified

“I was the only one on the budget committee who opposed re-allocating funds legislatively from the coronavirus fund to build roads. I was against it and will be against it. Because if these funds are needed to fight the pandemic, then, can we find them later, and will they really be available in the budget? And the January-August budget, unfortunately,  fell short of target by UAH 50 billion.

As of September 7, UAH 19.5 billion out of the 66 billion coronavirus fund was used – UAH 8.9 billion on unemployment and partial unemployment benefits, children with physical disabilities, benefits and financial assistance to physicians. UAH 7.6 billion was spent on roads, UAH 2.7 billion on additional salary payments to the employees of the Ministry of Internal Affairs, the Ministry of Health and enforcement services, UAH 260 million – on equipment and individual protection gear.”

In using the coronavirus fund, both speakers see corruption and organizational risks associated with poor planning. For example, two institutions purchased the same respirators. The first at UAH 18 apiece and the other at UAH 160. Why? The question remains open.

Hennadiy Plis noted that since the SASU can conduct audits only once a year, it makes no sense to audit the coronavirus fund today, of which only 28% has been used. However, SASU specialists monitor the use of these funds in open sources, such as spending.gov.ua or Prozorro, compiling a list of risky transactions. At the time of the discussion, such transactions totaled about UAH 38 million, including purchases under a simplified procedure of the goods that should be purchased under general procedure, purchases with VAT where it should not be, 300% bonuses for those not “at the forefront” fighting coronavirus, and the use of the earmarked funds (Ed.note: on September 14, the Cabinet approved the resolution on auditing the coronavirus fund. Audit is a condition for receiving the second tranche under the IMF program. The AC has a dashboard making it possible to see the coronavirus fund spending, updated daily).

Decentralization issues – “a train without brakes”

Valeriy Patskan believes that the decentralization process was wrong. In his opinion, it was necessary to start not with voluntary mergers, but with uniting the hromadas first, and only then to provide them with resources.

“Decentralization is completed, but, unfortunately, it was done in such a way that it may break Ukraine… Today we are aboard a train that is gaining momentum, and the brakes – we say we don’t need them. And the turn is not far away.”

This view was supported more mildly by other speakers. Hennadiy Plis noted that decentralization should take place while simultaneously strengthening centralized control, due to the significantly increased amount of funds allocated to local budgets.

“…UAH 569 billion is now spent through local budgets, and no one controls them at all. We used to do audits once every three years, and once a year in the case of risky objects, but today, we need 90 years to audit the local budgets… Today, there are budgets that have not been checked for 25 years.”

The Ministry of Finance is taking some steps to improve budget planning on the ground. For example, the Logica system, launched as a pilot project with the help of donors, makes it possible to see all budget requests (local authorities used to be able to draw up budgets without any requests at all) and monitor the execution of local budgets. It needs to be fully launched. If the AC and the SASU gain access to the aforementioned databases, they will also be able to control local budgets more effectively.

Dmytro Boyarchuk confirmed that ATCs have problems with data quality. They even keep records as they think fit. Therefore, it is currently impossible to streamline all local spending.

“It’s very important to get the local community to monitor [budget execution]. It has to keep an eye on what its head does. If your head steals, you can re-elect him. But in order to re-elect, you have to understand that he is stealing. You have to have access to information, it is necessary to acquire and read this information somehow. It’s not done at all at this point.“

Dmytro Boyarchuk also stressed that the controlling bodies are unable to fully control everyone. Therefore, it is necessary to engage the public, to specifically create an institution of whistle-blowing so that people can report misconduct. They need to be sure that once such information is provided, they will be protected from all kinds of harassment. Unfortunately, there is still a negative perception of such activities, and such people are often called “informers”.

This article was prepared as part of the Budget Watchdog project with the support of the German Government under the project “Good Financial Governance in Public Finance III”, implemented by Deutsche Gesellschaft für Internationale Zusammenarbeit (GIZ) GmbH.