Nineteen significant legislative changes were included in Reform Index’s 187th issue (August 15 to September 11). Four received +2 points from experts, which we think separates substantial changes from less noticeable ones. These are the new law on official statistics and three European integration-related laws (accession to the Common Transit Convention, accession to the Convention on the Simplification of Formalities in Trade in Goods, and changes to Ukraine’s Customs Code necessary to launch a “customs visa-free regime”).

* In connection with the war in Ukraine and the state’s change of focus to wartime needs in February 2022, the editorial board decided to change the period of monitoring regulations for the Index for Monitoring Reforms from two to four weeks. However, since the reforms continue at a pre-war pace, we are returning to bi-weekly monitoring from September. This is the last issue covering four weeks. 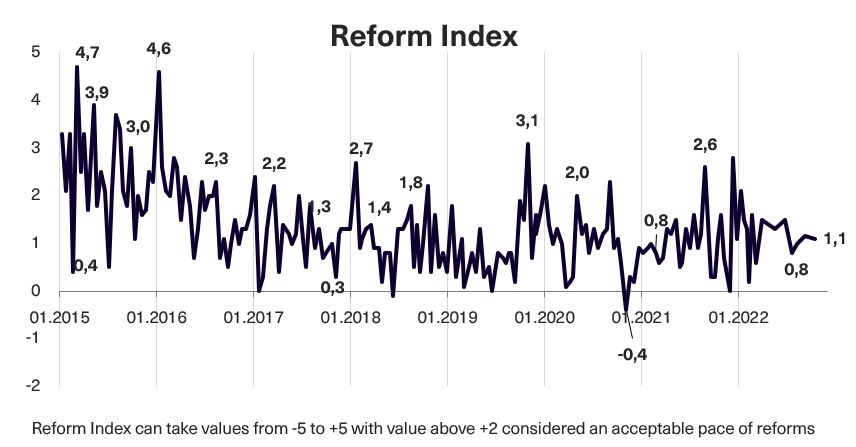 Signed in September, law 2524-IX on official statistics is designed to update legislation in this area because the previous law of 1992 (2615-XII) and its later versions did not meet current opportunities and standards for working with data.

The new law harmonizes Ukraine’s legislation with laws of the European Union (under Article 355 of the European Union-Ukraine Association Agreement) and resolve the long-standing issue regarding statistical agencies’ access to administrative data. It should significantly speed up and improve access to data and reduce the reporting burden on respondents. The law also creates prerequisites for developing statistics bodies’ information systems and their integration with the information systems of other authorities.

Another innovation long-awaited by researchers is the creation of standardized access to microdata. They will be available to organizations included “in the list of state bodies, institutions, and organizations and other institutions and organizations that can access microdata for research purposes and for the purpose of fulfilling Ukraine’s obligations under international agreements.” The State Statistics Service should create such a list.

Law on Ukraine’s accession to the Convention on the Simplification of Formalities in Trade in Goods, +2 points

Law on Ukraine’s accession to the Common Transit Convention, +2 points

The law necessary for Ukraine’s accession to the ” visa-free” customs regime (changes to the Customs Code), +2 points

The Verkhovna Rada passed three laws that significantly contributed to the country’s rapprochement with the European Union. These are law 2554-IX regarding the country’s accession to the Convention on the Simplification of Formalities in Trade in Goods, law 2555-IX on Ukraine’s accession to the Common Transit Convention, and law 2510-IX updating the Customs Code to make it possible to coordinate customs issues and develop a bilateral trade environment. After adopting these laws, Ukraine can trade with European countries under streamlined rules.

As part of customs cooperation, Ukraine will use the New Computerized Transit System (NCTS) to exchange information at all stages of customs clearance of goods via electronic messages in real time. One transit declaration (export, import, and transit) and one guarantee are sufficient for moving goods between signatory countries. Authorized enterprises can send and receive goods without visiting customs terminals.

Law on the acceleration of privatization to facilitate the relocation of enterprises, +1 point

During martial law, large-scale privatization (entities worth more than UAH 250 million) is prohibited, as well as the privatization of property located in or near the war zone. Temporarily simplified requirements for the preparation of objects designated for privatization include no need to conduct an audit, inventory, and valuation of the property. Bidders can remain anonymous until the end of the auction.

Among the permanent provisions is the possibility of forming pools from several privatization facilities. That should speed up and ease the bureaucratic part of the process and accelerate the flow of money to the state. The timeframe for announcing small privatization auctions was also shortened from 20 to 25 days (previously up to 35 days).

According to the law, alienation and seizure of property (except for criminal proceedings) or lack of the mortgagee’s consent to sell property subject to a pledge (mortgage) that is part of a single property complex of a state-owned or communal enterprise is not an obstacle to selling such property complexes. The rights and obligations of the former owner are transferred to the buyer together with the property. 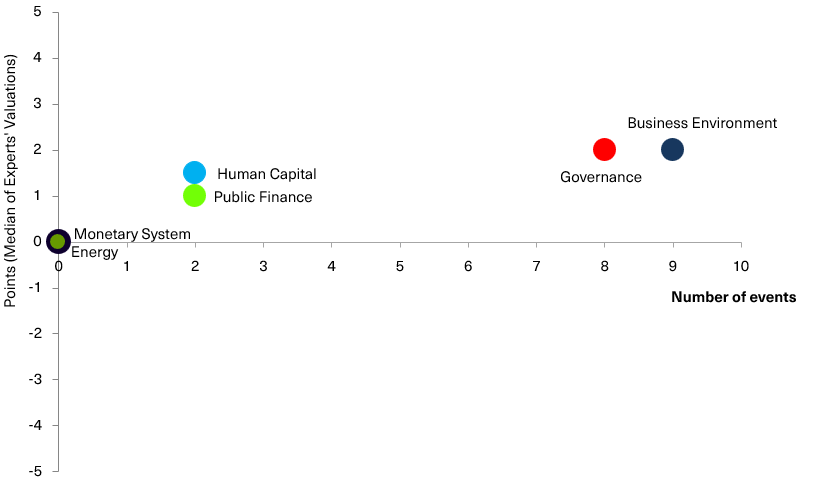