Russia and a Big Trouble in Small Scandinavia | VoxUkraine

Russia and a Big Trouble in Small Scandinavia

A large eastern neighbor, who has gripped the East of Ukraine with strong friendly arms, has long cast a glance at the Baltic countries. Not only the Baltic but also the Scandinavian countries had to experience obsessive neighborliness.

Formally, Scandinavia consists of only three countries: Denmark, Sweden, and Norway. Together with Finland, Iceland, Faeroes, and Greenland, they form the association of the Nordic countries. For convenience, I will call Scandinavia a region including also Finland and Iceland. Scandinavia is not homogenous in its foreign policy orientations and particularly in its relations with Russia. For instance, Norway and Iceland are not part of the EU, but are members of NATO, while Finland and Sweden are member states of the EU, but not of NATO. Only Denmark is member of both organizations.

This article gives a brief overview of the tension in relations between Russia and Sweden, Finland, Norway, and Denmark. Iceland has minor importance, because this country has almost no army (only the Coast Guard); although formally a member of NATO, it does not actually take part in the Alliance’s activities, and has no natural resources. Swedish and Finnish interests collide with Russian in the Baltic Sea, and Norwegian in the Arctic. Finland and Norway also share a border with Russia. And even despite the fact that Denmark is outside of the scope of interests of the Russian foreign policy, since the Danish foreign policy is focused on Germany and does not interfere with the regions belonging to Russia’s sphere of interests, the Danish-Russian relations deteriorated as well

Sweden: The Princess and the Pea

The first Russian provocation that Sweden experienced since 1981 and which made a hassle near Stockholm, was when an unknown underwater object (probably a Russian one) entered the territorial waters of Sweden. The last case reminded of the one that happened during the Cold War, when a peaceful Soviet submarine with nuclear warheads on board got stranded in Swedish waters. The conflict was resolved in both cases. However, the current provocation had an impact. Sweden has begun to strengthen the army, which has been losing budgetary support for decades until the present time. Surprisingly, the support for NATO in the country has not increased, but rather decreased.

This phenomenon can have two explanations. Firstly, Sweden, as the country that remained neutral for nearly two centuries, is not interested in breaching its traditions as well as establishing defense dependence on other countries. Secondly, for the Social Democratic Party dominant in Sweden, a negative attitude toward NATO is traditional.

However, Sweden has a reason to be afraid of the Russian aggression in one form or another, since Swedish island Gotland is the key to the control over the Baltic Sea. It could be called an “unsinkable aircraft carrier.” 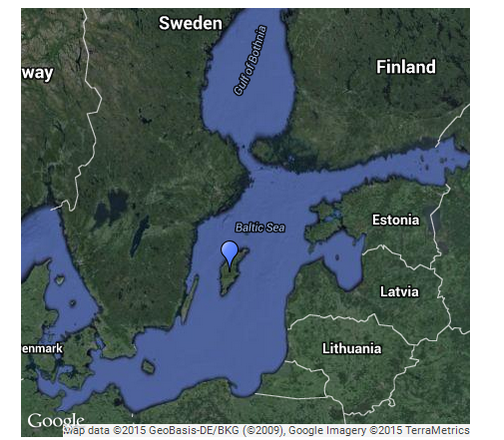 Sweden deployed a permanent garrison on the island for the first time in 10 years, after the incident with the invisible boat. Radio Liberty also recalled that the harbor in Visby, the largest city of Gotland, was reconstructed by Russians within the framework of the so-called North Stream project, the main gas pipeline between Russia and Germany, which passes not far from the island. This not only indicates the presence of Russian economic interests on the island, but also makes amphibious landing possible, as the harbor has been expanded and now allows for the anchoring of large ships.

Moreover, two Tu-22M long-range bombers equipped with missiles violated the airspace of Öland, an island that lies between Gotland and the mainland, at the end of May 2015. Swedish Air Force had to raise jet fighters and escort the Russian aircraft beyond the Swedish airspace.

Russia’s tough foreign policy towards Sweden did not end here. Seven Swedish politicians (as well as a Finnish one, but no other Scandinavians) including the former Minister of Culture Lena Lilerot, Swedish representative in the EU and NATO Odd Verin, as well as the head of Swedish Military Intelligence and Security Gunnar Karlsson were added to the famous blacklist banning entry to Russia.

Russia’s ambassador to Sweden Viktor Tatarintsev recently said that if Sweden joins NATO ” […] there will be consequences, as Russia will have to respond forcefully. Our forces and missiles then will have to be reoriented. Any country that wants to join NATO should be aware of the exposure to risk.

When asked about the fact that many Swedes feel threatened by Russia, Tatarintsev repeated the typical argument of “Whataboutism.” He said:

“Who is threatening whom? Take the defense budgets of NATO and the United States. US’s budget is USD 750 billion, while Russia’s is 60 billion. This is 13 times less than in the US. You can draw your own conclusions about who is the strongest.”

Finland shares with Sweden the skepticism about establishing defense dependence on other countries. Finns remember Talvisota, the Winter War (1939-1940), which they waged on their own against the Soviet Union. Back then, the League of Nations did not provide any support for the Finnish people against the aggression of Stalin, although Finland has been a member state of the League of Nations since 1920, and membership assumed collective defense. Some Finns are hesitant to rely on collective defense again. What are the guarantees that the Winter War scenario is not repeated another time?

According to Magnus Hokenstad from the Norwegian Defense Research Institute, the Finnish army ranks below the NATO standards. However, though outdated, the overall army capacity will be sufficient to defend the country in case of the Russian aggression, most Finns believe. Despite the formal defeat in the Winter War, the Finns perceive it as a heroic page in their history. The Finnish losses were much lower than the Soviet ones, and therefore the Red Army’s victory over Finland was a really Pyrrhic victory.

Now Finland is preparing to defend itself. Finnish Defense Forces sent out letters to 900,000 former conscripts with an action plan in the event of war. The Finns responded with depth charges onto an unidentified underwater object, which swoop up near Helsinki on April 28 of this year.

Denmark is known for its military activities within NATO, that are not typical for Scandinavians. Since 1993, Denmark took part in operations in the Balkans, Afghanistan, Libya, and Iraq, as well as in the fight against the Islamic State of Iraq and Levant. In addition, Denmark was one of the few countries that supported the invasion of Iraq.

Hokenstad indicates that the Danish army is able to work only within the Union forces and has no development balance. Tensions in the relations with Russia are due to the Danish membership in NATO.

“I do not think that Danes fully understand the consequences of Denmark joining the US-led missile defense shield. If that happens, Danish warships will become targets for Russian nuclear missiles,” said the Russian ambassador in Copenhagen, Mikhail Vanin. This statement was made on March 2015, eight months after Denmark stated a willingness to place US missile radar on one of its warships.

According to Hokenstad, Norway has been able to maintain a balanced development of the army within NATO. The alliance enjoys traditional support of the society, and the majority of ordinary Norwegians hope for the United States in a hypothetical conflict with Russia, because Norway with its five million population is not capable of protecting itself. The common border, however, is far above the Arctic Circle, in the region of Finnmark, so the offensive of a hypothetical enemy will be a long and difficult one. 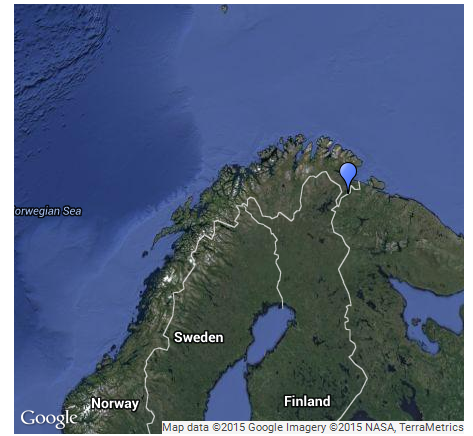 However, with a view to the events in Ukraine, Norwegians have decided to strengthen the protection of the border with a garrison as well as with equipment. A spokesman for the Russian Embassy in Norway Andrey Kulikov commented on this plan as follows: “Russian military activity in the North is not directed against other countries and is based on the long-term national interests in the region. It is not a response to any specific action or plans of our neighbors, but only a natural part of the resumption of the Russian presence in the Arctic, which has been almost completely abandoned after the collapse of the Soviet Union.” He also said: “We [Russia] lived in peace with Norway for more than a thousand years, and there is no intention to change it. Russia is not going to attack Norway, and this vision is also shared by the official representatives of the Norwegian military.”

Russian Defense Ministry announced plans to reopen the ports and air bases in the archipelago of Franz Josef and the New Siberian Islands. The project will more than triple the number of air bases. Ten new ones will be added to the existing four.

One should not forget that the current NATO chief Jens Stoltenberg, former Prime Minister of Norway, is a strong advocate of the Atlantic Alliance in Scandinavia. Despite the fact that some media reported his sympathies to Putin, others expressed the view that he, as a Social Democrat, could influence his Swedish colleagues and persuade Sweden to join NATO.

Besides, the diversification of energy sources and the efforts to reduce dependence on the Russian gas have played into the hands of Statoil, the largest oil and gas company in Norway, which increased gas supplies not only to Europe, but also to Ukraine. It is no surprise that Norway outperformed Russia for gas supplies to Western Europe by 9 billion m3 in Q1, 2015.

It’s hard to say without a detailed investigation of whether Norway is a potential substitute for Russian fossil fuels, and therefore a full competitor to Russia, but it can be argued that the anti-Russian sentiments in Europe are playing into the hands of the pragmatic Norwegians.

Sweden and Finland closely cooperate with their neighboring NATO member states and hold joint military exercises. Finland is still relying on itself, yet begins to listen to the proponents of the Alliance. Sweden seems to be somewhat shocked by the Russian activity, and there are reasons to be concerned and even scared. Norway is the most protected among the three countries and benefits from the Europeans’ desire to reduce their dependence on Russia.

It is difficult to say whether any serious action will be taken by Russia in Scandinavia. The important thing to understand is that Russia’s return to the Arctic and its muscle-flexing off the coasts of its neighboring countries requires resources. Russia is already spending these resources unwisely. It is unlikely that Putin will open the Northern military front; however, the economic front has already been opened, thank to Statoil’s business acumen and a gamble in the Arctic. This certainly plays into the hands of Ukraine, as the weaker the Russian economy is, the weaker will be the Russian pressure on Ukraine.