The Ukrainian statistical system needs to be reformed to meet the needs of users and reduce the burden on respondents. Scientists and researchers still do not have access to most microdatasets, and enterprises must submit reports to the State Statistics Service with information that is often already available from other government agencies. At the same time, the professional independence of the State Statistics Service provided for in the relevant law often exists only on paper.

The Association Agreement between Ukraine and the EU stipulates that Ukraine must harmonize its statistical system with the European one “based on the fundamental principles of the UN on official statistics, taking into account the acquis (principles) of the EU in the field of statistics”. This means that Ukrainian legislation on statistics should be based on the UN Generic Law on Official Statistics, EU Regulation №223 / 2009 and EU Regulation №557 / 2013.

VoxUkraine has figured out what major changes need to be made to Ukraine’s legislation on official (state) statistics in order to have up-to-date and high-quality data comparable to EU data.

The current Law defines state statistics as a centralized system of collecting, processing and statistical information. In fact, statistics are identified with the work of the State Statistics Service as an institution.

Instead, the UN Generic Law defines official statistics as statistics that describe economic, social and other phenomena. In our opinion, it is necessary to bring the definition in the Ukrainian legislation to the international one, so that in the future the employees of the State Statistics Service and users of Ukrainian statistics speak “one language” with their foreign colleagues.

Official statistics are collected and disseminated by other state bodies in addition to the State Statistics Service. In particular, data on the financial and banking system are collected and published on the website of the NBU, on the implementation of state and local budgets — the Treasury, data on morbidity and health care system is collected by the Center for Medical Statistics of the Ministry of Health of Ukraine, on education — The Ministry of Education and its subordinate institutions ( Ukrainian Center for Educational Quality Assessment, Unified State Electronic Database on Education ) on crime — the prosecutor’s office, NABU, police, etc. within its powers.

These agencies coordinate their statistical forms with the State Statistics Service. However, there is no single policy for collecting and disseminating information. Therefore, the user often does not know on which site to look for information and how to reconcile the data that can be provided by different institutions.

Also, one of the important challenges for reforming the official statistics system is to meet the Sustainable Development Goals, as set out in the 2030 Agenda at the state and local levels, to achieve sustainable and inclusive economic growth, reduce inequality, social development, protect the environment and eradicate poverty.

The issue of data collection to monitor the implementation of sustainable development goals in Ukraine is regulated by the order of the Cabinet of Ministers of Ukraine No. 686-r of August 21, 2019, which defines the role of the State Statistics Service and approves indicators for data collection.

In order for the user to be able to easily find official statistics and compare information from different sources, the national statistical system must work in harmony. The UN Generic Law provides for the creation of legal conditions for such coordination.

Instead, Article 17 of the UN Generic Law explicitly obliges all state and local authorities to provide the statistical service free of charge with all available data necessary for the production of official statistics, together with metadata, except for classified or confidential information. The transfer of administrative data is, of course, carried out in an impersonal format and only for statistical purposes, so as not to violate the confidentiality of respondents’ data.

Dissemination of microdata for scientific purposes

Official statistics in Ukraine collects   many   demographic, social,   economic and other indicators. However, most users only have access to aggregated data. Microdata (data at the level of an individual respondent) is not available to most users. However, modern   technology   give many opportunities for large analysis   data sets and decision making based on them. And this, in turn, allows us to build public policies based on evidence. If scientists, analysts and policy makers in various spheres of economics and public life had access to microdata, they could carry out more in-depth research and draw sound conclusions. State and regional policy makers would have more opportunities to test the validity of their decisions on the basis of data, and the media and the public would have more opportunities to monitor policy results.

In EU countries, as in most developed countries, different approaches to the dissemination of microdata have been developed. Depending on the level of detail, microdata can either be published online or provided upon request, and researchers can be enabled to work with microdata in the premises of the statistical service or online using a remote access infrastructure.

These approaches could be applied in Ukraine as well, defining the concept of “microdata” in the Law on State Statistics and describing the procedure for granting access to them in compliance with the requirement to maintain statistical confidentiality.

In general, it is common practice in most developed countries to provide paid services to the statistical service.

The data collected under the state observation program are sufficient to inform and educate citizens, but not enough to conduct serious research. Typically, researchers and analysts conduct their research through grant programs, and therefore can provide in their budget a certain amount to obtain the necessary data. At the same time, students and researchers who do not have additional funds and do not carry out commercial activities will have the opportunity to use free data, which will remain in the public domain. It is offered to provide additional services on a paid basis. Data collected under the state observation program will remain free.

By providing additional services on a paid basis, the State Statistics Service would be able to attract more qualified staff, increase salaries and invest in the purchase of technical equipment. But most importantly, it would allow the State Statistics Service to improve the overall quality of services (since users who have paid for the service will obviously require a certain level of quality).

Ensuring the professional independence of the State Statistics Service

Today, the professional independence of the State Statistics Service is not actually supported by law. The history of the census, which has been constantly postponed and has not been conducted since 2001, confirms that the agency does not have the leverage to make decisions that allow it to independently pursue a policy of collecting and disseminating statistical information. This negatively affects the quality of statistics and users’ trust in the information they can receive from government agencies.

St. 5 of the current Law says that   “Interference of any state bodies and local self-government bodies, other legal entities, associations of citizens, officials and other persons in state statistical activity, …, is prohibited.” In our opinion, this wording is somewhat categorical and carries some risk. For example, it is unclear whether the recommendations of advisory bodies, scientists and professional user experts are considered a violation of the independence of the State Statistics Service.

Of course, official statistics should provide objective data in the interests of society as a whole, not individual stakeholders. But this is more about impartiality, rather than depriving the public of the right to submit their proposals and influence the formation and implementation of policy in the field of statistics. What can really ensure professional independence is the appointment of the Head of the State Statistics Service on a competitive basis for a fixed term (in European countries it is 5-7 years). According to the current Regulations on the State Statistics Service of Ukraine, the Chairman is appointed and dismissed by the Cabinet of Ministers of Ukraine, which does not meet the specified criteria of professional independence

In addition to the State Statistics Service, other producers of statistics belonging to the national statistical system must also be professionally independent.

The State Statistics Service of Ukraine has prepared a draft law “On Official Statistics”, which is currently being agreed with the central executive bodies, after which it will be submitted for public discussion. The draft law has already received a response from Eurostat: “in the opinion of Eurostat, in general, the principles set out in the draft law correspond to the principles laid down in the EU regulatory framework for statistics, namely Regulation (EU) No. 223/2009 on European Statistics taking into account the latest changes)”.

Therefore, the new version of the Law on State Statistics should introduce non-cosmetic changes in order to formally comply with the requirements of the Association Agreement with the EU. It should include several fundamental reforms to make this area more effective. As a result, the national statistical system will be able to provide a more complete and high-quality public request for information, without overloading respondents with additional reports.

The article was prepared with the support of the UNDP project “Civil Society for the Development of Democracy and Human Rights in Ukraine”, which is implemented with the financial support of the Ministry of Foreign Affairs of Denmark.

Opinions, conclusions or recommendations are those of the authors or compilers of the publication and do not necessarily reflect the views of the Danish Ministry of Foreign Affairs, the United Nations Development Program or other UN agencies. The materials of the publication are protected by copyright. However, the United Nations Development Program in Ukraine encourages the dissemination of this information for non-commercial purposes. 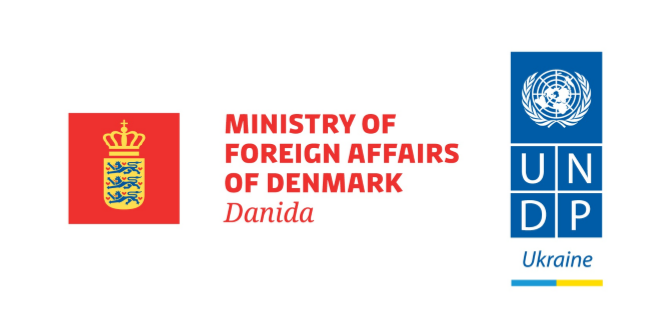