The Big Discussion at VoxUkraine: Strict Reduction of the Budget Deficit

The Radical Party leader Oleh Lyashko criticises reduction of the budget deficit at the level slightly higher than 2% of GDP, because it hinders soft fiscal and monetary policies. As an example, the author refers to the US policy during the World War II when the significantly increased spending of the US government stimulated economic development.

Indeed, reducing public spending and deficit, at least in the short run, may reduce GDP. Negative effects of this decline were observed in Greece and were anticipated in Ukraine. That’s why today the IMF isn’t too strict on the possibility of temporarily high budget deficit during the recession, and much attention is paid to increase of spending efficiency rather than its technical reduction in all possible directions. The main problem in that it’s necessary to somehow finance the deficit.

There are two ways of financing a budget deficit — (a) selling state assets, i.e. privatisation, and (b) borrowing. We’ll discuss the first option below, in the section on privatisation.

There are two types of borrowing, i.e. debt — external and internal. In 2014-2016, the country could borrow from external resources only through international financial organisations (including the IMF) or under the guarantees of other countries. Private investors don’t trust Ukraine, which is not surprising under current conditions, given the large amounts of debt (government spending on debt service is the second biggest budget item), the war in Eastern Ukraine, the problems of protection of property rights, and political instability. Internal borrowing, if done voluntarily, have the same problem: who will lend the government the money on reasonable terms? Indeed, deputies of the Verkhovna Rada don’t hold their savings in government securities.

Referring to the example of the US during the World War II is misleadingincorrect. During both wars, the First and the Second, the US showed growth of government spending to GDP ratio — to 23,8% in the first case and to 46,8% n the second. But it wasn’t the economy stimulation policy. The goal was winning the war at any cost — in both cases, the weight of defence spending in the state budget amounted to respectively 71.6% and 75.4%. For comparison, in 2016 defence spending in Ukraine accounted for 7% of total budget spending (2.7% of GDP).

The authors write that “when households lost the ability to fill the economy with money, and private investors stopped investing in the future, the state entered the playing field.” It’s not true. There households didn’t lose their consuming ability during the war — on the contrary, the US government restricted private consumption of goods such as petrol, clothing, and footwear to maintain military spending during the Second World War. In 1941, the US government restricted the sale of tires, in 1942 it stopped the sale of private cars, furniture, radios, fridges, and vacuum cleaners. It was possible to buy a new tube of toothpaste only upon return of the use tube. Does anyone want to impose such restrictions in Ukraine? 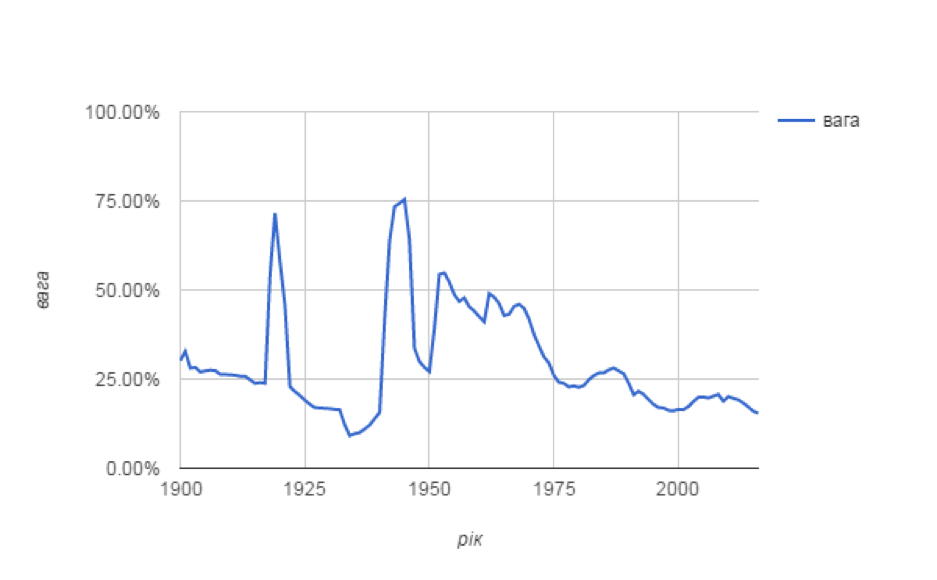 However, the authors say nothing about the need to tighten the belt to increase defence spending — they offer an indefinite increase of the budget deficit, in particular, to finance current spending. This means chronically large budget deficits and rapidly increase of the public debt despite its dangerously high level.

Lyashko offers to finance the growth of public spending by issuing medium-term government debt — development bonds, and force (!) the corporate sector and banks to buy them, which is a kind of expropriation of private funds. However, if we look at declarations of the Radical Party members, they are in no hurry to support the state by buying government bonds.