Will Ukraine Change the Law on Local Elections? An Update on Legislative Initiatives and Debates 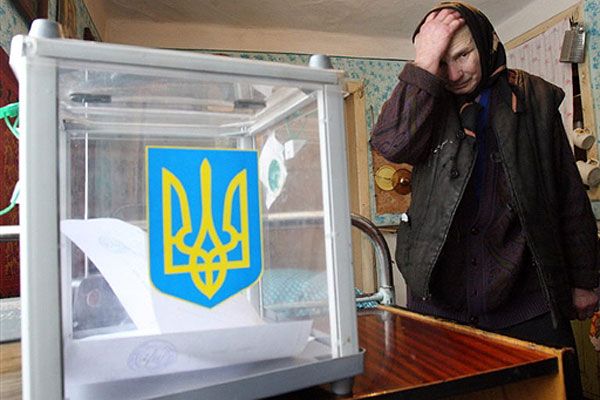 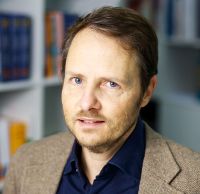 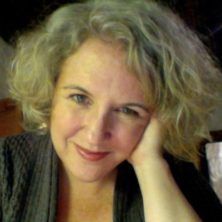 The current rush to change the local elections law continues an unfortunate Ukrainian tradition of amending election legislation just months before the election day. There is particular urgency to clarify voting arrangements for those displaced by the conflict in the East and those living in areas adjacent to the areas outside government control.

In their post-election agreement, Ukraine’s coalition parties committed to reforming local election legislation in the first half of 2015, ahead of local elections that are due in October 2015. Parliament is racing to get new legislation passed before the end of the current parliamentary session in July. These reforms are complicated by the parallel process of constitutional reforms in which decentralisation figures prominently. The two reforms should be aligned.

The reform of the electoral system and specifically elimination of majoritarian elections is one of the key demands of the Euromaidan movement and is the focus of the coalition agreement commitments. The majoritarian system is associated with fraud and manipulation and seen by many to be more susceptible to vote-buying and abuse of administrative resources. Many see a proportional system as a panacea to the corruption problem, but it is unlikely that this reform alone would have a dramatic effect on electoral corruption if not coupled with reforming other aspects of the law and wider governance reforms, for example party and campaign financing.

In recent weeks, several draft laws on local elections were discussed. One draft was the result of the work of an expert council established by the Speaker of the Parliament. Civil society, leading election law experts and international advisers worked with the members of the Parliament to develop the draft. On 18 June the Verkhonva Rada adopted a draft law 2831-3 in the first reading (referred to in the paper as the Knyazevych draft) and agreed to proceed with the second reading as soon as possible.

In view of the huge pressure for reforms the current rush to change the law is understandable although it continues an unfortunate Ukrainian tradition of amending election legislation just months before the election day. The legal framework for the local elections needs to be clear before the start of the election period to allow sufficient time for the training of election officials and the education of voters and election participants. If significant changes are made before the elections, it would be important to conduct an in-depth post-election review to identify shortcomings and to agree on more reforms well ahead before the following elections.

There is particular urgency to clarify voting arrangements for those displaced by the conflict in the East and those living in areas adjacent to the areas outside government control. Decisions need to be made on how to address these issues in either the law on local elections or on special legislation for the particular circumstances in the Donetsk and Luhansk region. Discussions on the implementation of the Minsk II Agreement are also ongoing, including on local elections in the territories of Donetsk and Luhansk.

Read the full DRI’s  briefing paper taking stock of the current debates and legislative initiatives on the local election law reform here: in English and Ukrainian. The following text is an excerpt from the DRI briefing paper focused on the challenges of local election in conflict-affected territories.

Voting in Donetsk and Luhansk regions

On 6 May, the TCG announced the formation of four working groups to work on the “Package of Measures on the Implementation of the Minsk Agreements agreed upon on 12 February 2015.” Heads of the working groups were appointed by the OSCE Chairman in Office. One working group is formed to address political issues, including elections and would be headed by Ambassador Pierre Morel. On 2 May, Vladislav Deinego and Denis Pushilin, who claim to speak for certain areas of the Donetsk and Luhansk oblasts announced their agreement with the proposal to have the working groups led by OSCE appointed representatives but conditioned their acceptance of this arrangement on a review after the first month when they suggest that TCG members consider a rotation of the working group heads.

According to media reports, on May 12 they announced that they submitted proposals on local elections to the TCG.

The latest meeting of the TCG concluded on 23 May in Minsk. The same day the working group on political issues reportedly met to discuss holding elections in the Donetsk and Luhansk region. According to press reports, the working groups will resume their work on 2 June in Minsk.

In Kyiv, there is no public discussion of organising elections in the temporarily occupied territories. Analysts point out that elections cannot be held under Ukrainian law, as required by the Minsk Agreements, because fundamental freedoms cannot be guaranteed and the security of election officials, voters and the vote itself cannot be ensured. Therefore there appears to be a disconnect between discussions in the Minsk framework and discussions on election legislation in Kyiv.

On 12 May, the Verkhovna Rada adopted the Law “On legal regime of martial law.” Under the law, martial law can be declared for the entire country or in specific regions and elections cannot held be in areas where martial law has been declared. Some have speculated that the timing of the adoption of the law indicates a political motive related to the upcoming elections. Others refute this suggestion, explaining that provisions for declaring martial law or a state of emergency needed elaboration with current provisions being insufficient for a dramatically different level of conflict than imagined in the past.

Elections in Ukrainian controlled Areas of Donetsk and Luhansk

∙ Elections in areas adjacent to the temporarily occupied territories;

∙ Elections for the Donetsk and Luhansk oblast councils; and

There are currently differing views on whether these issues should be addressed in temporary provisions of the law on local elections or in a special law outlining specific arrangements. Either way there is consensus that legislation is needed and should be introduced well in advance of the elections to avoid the practice from the 2014 parliamentary and presidential election when decisions were taken on whether or not elections would proceed in the affected areas only a few days before the election and were not based on clear criteria.

For the elections of the Donetsk and Luhansk oblast councils, there is currently discussion of two Options:

1) Not holding oblast level elections until elections can be held throughout the oblast or after the decentralisation process is complete and the status of those territories is set in law; or

2) Holding elections where possible, the result of which would be a partially elected oblast council and then pass legislation on the status of these oblast councils.

There currently appears to be more support for not holding oblast level elections in Donetsk and Luhansk but no legislation has been proposed on this issue.

Some lawmakers and the expert group support granting IDPs the right to vote for the local government bodies where they are currently residing regardless of official registration in their passport. This would give IDPs a choice in the local government that is providing their services and assistance. IDPs would be able to request the right to vote based on the place of residence listed on their IDP certificate.

In parallel there are ongoing efforts led by Hryhoriy Nemyria, a member of parliament from the Batkivshchyna faction to amend the law, “On the rights and freedoms of internally displaced Persons,” adopted by the Verkhovna Rada on 20 October 2014. Amongst the issues that may be considered is the six-month validity of the IDP certificates and the procedures for renewal of IDP certificates, both of which could affect the voter registration procedures for IDPs.

An alternative approach regarding the voting rights of IDPs, was presented by the Committee of Voters in Ukraine (CVU) at a 20 May press conference. CVU proposed that IDPs be allowed to vote for the local government bodies from their place of registration before displacement. For this purpose, special polling stations would be created in areas where there are high concentrations of IDPs. CVU is also proposing that candidates be required to declare if they are subject to lustration in their registration documents so that voters can access that information.