Corruption: The mistake you make… 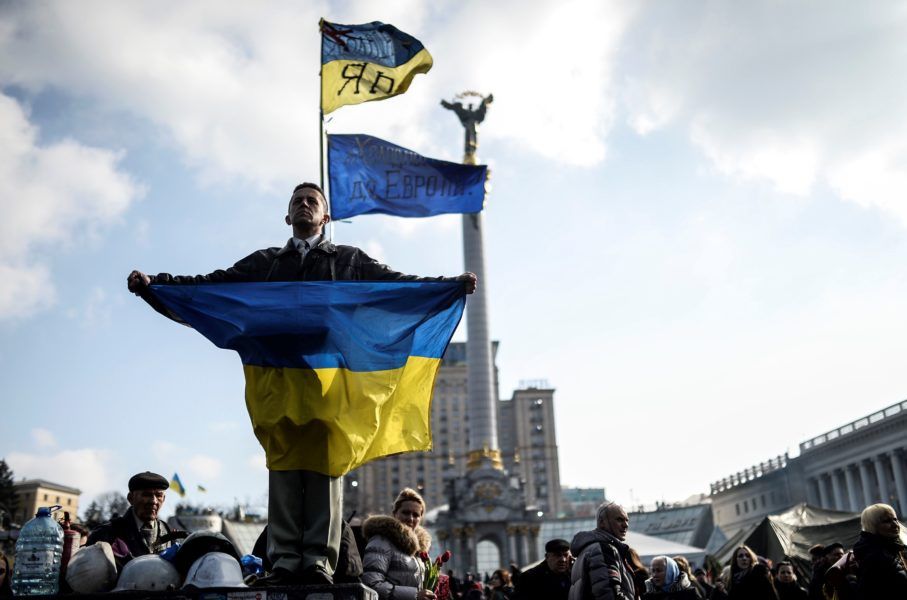 Many people will agree that the following three hypothetical examples constitute corruption.

The mistake you make, don’t you see, is in thinking one can live in a corrupt society without being corrupt oneself. After all, what do you achieve by refusing to make money? You’re trying to behave as though one could stand right outside our economic system. But one can’t.
― George Orwell, Keep the Aspidistra Flying

Here’s the problem: these examples are not hypothetical; these are true stories.

Yet, the important part of these stories is that they involve people who belong to some of the first and most active participants of Maidan. The director of the volunteer network has saved multiple lives in January and February by raising funds and providing medical equipment and supplies to makeshift hospitals on Maidan. The obedient parents of the school include one of the most adherent proponents of the anticorruption legislation. Many of the students in the university who bought their grades were among the first on Maidan.

We might have to accept that in Ukraine, unlike in Georgia, quick reforms will not happen. If so, and we cannot eradicate corruption overnight, we should focus on fighting corruption where it is easier to do so and where doing so matters most.

We need to think deeply about the causes of corruption and about what forms of corruptions are most detrimental to our society. We should take a perspective that there are rules of the game in Ukraine that make many interactions murky and non-transparent, and these rules generate distortions in our society and make us live in misery. Punishing corrupt people, without changing the rules, achieves nothing. In order to improve our lives, we should understand why there are distortions and try to remove the worst of them first.

From this perspective, the three stories above are not identical. The university case is awful and despicable; the volunteer network case is regrettable but is not a priority and cannot be fixed without more comprehensive reforms; and that the school case is almost not worth worrying about.

In the school case, the payments are not connected to the grades[1], and the school has to protect a reputation of excellence to protect. It can only collect a sufficiently high payment because people are willing to pay rather than move to another school. If people are willing to pay, then there is some value the school is providing. This value might be education, connections, and better chances of entering good universities. As long as there is completion between schools, and information about the school performance, such as rankings of schools, parents can make informed choices about which school is better for their kids.

Providing value for the kids is costly, and the government funds might not be enough to cover those costs. If we believe in markets and competition, it is irrelevant how the funds are spent. It is the same as with any other business. It is not relevant how a company spends its revenue as long as it provides better and cheaper service. The reform that is needed here is not anti-corruption, but the educational and tax legal changes that will encourage competition and independence of schools, and empower them to officially raise funds from the parents.

It is worth mentioning, however, that there exist legal mechanisms in Ukraine that allow raising donations from the parents and providing them with expense reports. This is not difficult to do, and parents should insist that the school administration raises funds legally. This would protect integrity of the school and shield it from criticism and potential legal and reputation liability.

The volunteer network story is sad and depressing, but only if we are naïve. We cannot expect that activists will continue to operate pro bono for months if not years. Helping is a noble act, but pure enthusiasm and public admiration are not enough to feed families. At some point, the reality kicks in and people should be paid salaries. Without salaries, the market forces will gradually take the best people out of the volunteer networks.

To survive and continue to function, the volunteer networks should evolve into non-profits that pay salaries to their employees. This is what is happening de facto when the not-so-volunteer-any-more networks start using part of the revenues to cover their labor and other costs. The problem with these networks is that it is not clear what the fair salaries should be. The networks are so informal and their activities are so fluid that there is no way to determine the true worth of each network member. Some members are quiet and generate a lot of value, while others scream around, engage in PR, but do little to help refugees. Members of the network have to be paid based on some objective performance measure. The number of refugees they bring to a shelter is one such measure. It might even be the best available measure. The volunteer network story is inevitable and not so bad.

Still, there are distortions because of kickbacks. The network members now have strange incentives. They would like the refugees to stay in the shelter as long as possible because it increases the number of days for which the government pays the shelter. Then, it is not surprising that we hear stories about lazy refugees who cannot integrate in the new communities because there is no effort from the volunteers to help them do so. There are of course other distortions such as focusing on officially registered refugees and ignoring those in need if the government does not pay for them. So, the government and the public should be honest and acknowledged that the hard work of people helping refugees should be rewarded and that better people should be paid more. The government should encourage transformation of the informal networks into legal non-profit organizations, and provide incentives to do so by offering appropriate taxation and other regulatory protection. It might also help establishing non-governmental rankings of the non-profits. This can be done by media or think tanks.

The university is the worst case! It undermines the integrity of the education because the grades can be bought. As a result, the grades mean nothing. The society and the employers cannot distinguish between smart and capable students and complete idiots. So, hiring based on merit becomes impossible. The only option left – connections. We are back to square one where merit plays no role, but it is important that you are loyal to your mentors and superiors because they are the source of your connections. There is no reward for initiative, novel ideas, and investment in education.

There is no immediate solution to the corruption in university because (1) the public of Ukraine fails to understand that such corruption is at the core of the fundamental problems in Ukraine and (2) there are no mechanisms to provide adequate merit-based salaries to the professors. In the short run, the universities can replicate the fundraising mechanisms used in schools, asking all students for a fixed amount per semester.

However, this strategy might fail because a typical university in Ukraine is larger than a high school and has a much more heterogeneous population in terms of income of the parents. This makes raising the same amount from everyone quite problematic. The long term solution is competition – the government should encourage creation of small independent universities. Furthermore, the government might want to consider penalizing systemic corruption at big universities by breaking these universities up into several smaller independent institutions. Corruption in education is possible because of abuse of the market power by big universities. Breaking up monopolists who are found to abuse their power is standard practice in the developed countries. In Ukraine, perhaps, it should be applied to the educational system.

Not all corruption is created equal, and corruption that undermines selecting people on merit is the worst kind. In order to develop, Ukraine has to transform into meritocracy. We need to provide incentives for young people to invest in their skills and education, and we need to establish systems of selecting and promoting the best available talent. The world is a competitive place and low levels skills and connections play an ever-smaller role. If we fail to adjust, the world will move on leaving us behind.

Disclaimer: This post focuses on corruption among the new wave of activists that were the driving force behind 2014 Maidan revolution in Ukraine. The space constraints prevent us from discussing the other extremely problems such as, e.g., corruption among the existing political elites that used to be (well, and continue to be) in power.

Managing the Transition to Renewable Energy: Stranded Assets, Investment and the New Oligopoly