Posts are being shared on Facebook reports that “Ukrainian radicals” (so-called “nationalists” – “nationalist battalions”) opened fire on civilians in Volnovakha who were trying to leave the city. The letters refer to the so-called “DNR Territorial Defense Headquarters” and the Donbass Segodnya propaganda site

It is not true. 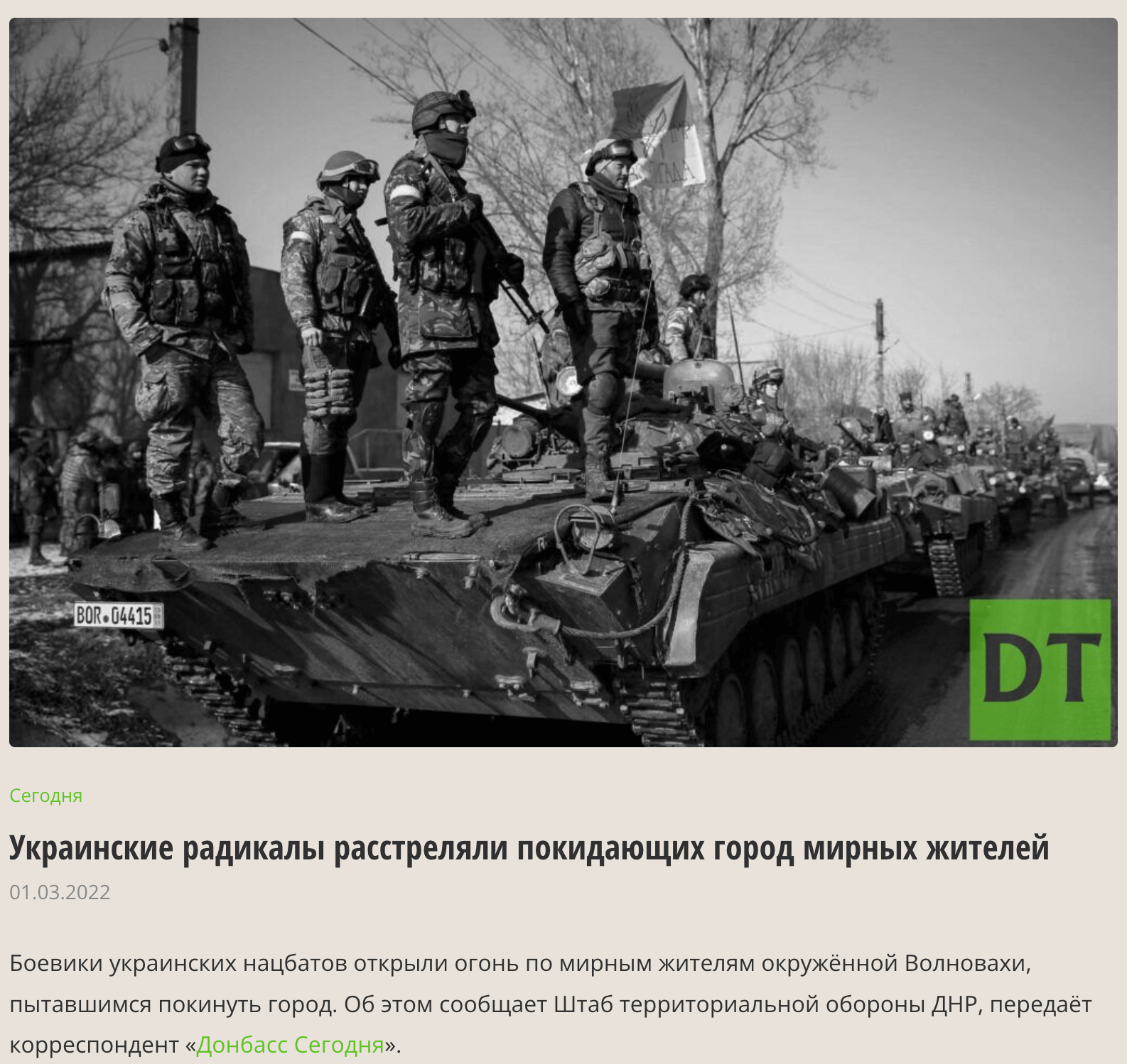 Here are some facts.

First, Ukrainian authorities evacuate Volnovakha residents. So it makes no sense for Ukrainian Armed Forces to shoot themselves and civilians.

On March 1st, the Head of Donetsk Military Administration, Pavlo Kyrychenko, stated that 496 people had been evacuated from Volnovakha since the start of the invasion on February 24th.

“I have to say that the russian military went scorched earth on Volnovakha for five days non-stop. The city’s supply of water, electricity, and gas is disrupted. People hide in shelters. russian invaders block us from providing a safe passage out of town. Nevertheless, we’re using every chance to help people,” – writes Kyrylenko on his Facebook page.

Second. Just a day before that, on February 28th, russian invaders shot Grads on Volnovakha evacuation transport that was supposed to help people leave town.

Third. Volnovakha is on the verge of a humanitarian catastrophe because of russian invaders. They kept shelling the city for several days straight and blocked every attempt to provide a safe passage to provide humanitarian help, medical supply, food, water, and evacuate residents.

At the same time, Volnovakha residents continuously asked for help to not die from hunger russian shelling.