Georgy Egorov: the Central Government Should Have the Authority to Intervene with Force

The standard economic argument in favor of decentralization is that many public goods are location-specific, and will be provided most effectively by officials that are accountable to local voters rather than to a central government 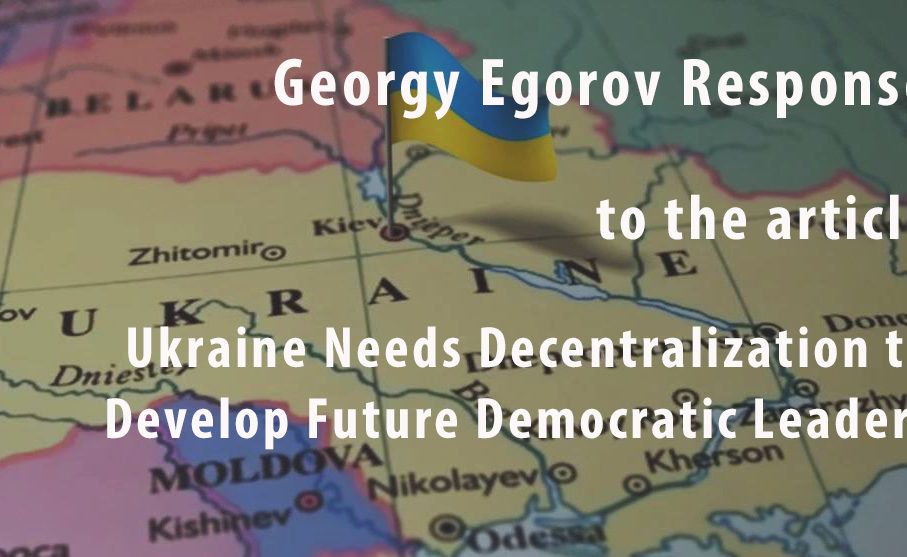 The standard economic argument in favor of decentralization is that many public goods are location-specific, and will be provided most effectively by officials that are accountable to local voters rather than to a central government. The paper pushes, convincingly, a different argument: decentralization would eventually lead to a cohort of politicians with experience, political capital, and reputation to continue their careers on the national level. Not only people with these qualities are valuable per se, but also their availability makes presidents and ministers easier to replace, thus making their positions more vulnerable and incentivizing them to work harder for the voters’ benefit.

The authors recognize potential problems with decentralization, including risks of separatism and local capture. In my view, this is essentially the same problem. Why is that? Well, decentralization has two effects on the support of separatists. On the one hand, the support by local population should diminish: the people are in more control of policies already, and fewer of them would want a different government. (E.g., perhaps fewer people in the East would support separatists if they did not fear that their ability to school in Russian language would be taken away.) On the other hand, the local leaders would not be screened by the central government, which might occasionally bring supporters of separatism into power. Thus, decentralization can lead to more separatism only if local politicians will be more powerful than local people – that is, if the institutions are captured.

Is the threat of capture of local institutions by local politicians – perhaps crooks, perhaps separatists – real? It certainly is. And yes, decentralization limits the power of the central government to prevent this from happening. For example, an outsider, such as Mikheil Saakashvili, would never be elected – especially if local politics is captured. This means that problems with decentralization are mitigated only if decentralization is coupled with institutions that ensure the authority of the central government, but also prone to abuse.

One such institution is independent judiciary. Courts are also prone to local capture, of course; one way to combat this is to draw court district lines differently from province lines. As an example, in the USA the Courts of Appeal span several states; in this way, judges would not be accountable to a specific governor or elected from a single region, where elections may be rigged by local politicians. In extreme cases, the central government should have the authority to intervene with force. This is not something to be afraid of, and sometimes it happens even in countries with strong institutions (think enforcement of Civil Rights in the US South in the 1960s, or the use of the army by the UK in the Northern Ireland in 1970s-1990s.) With a lack of strong institutions, ability to intervene is obviously a power that the central government can abuse. One way to limit abuse is to require that the intervention be supported by a supermajority of other local governments or governors. In fact, putting a check on the central government is another benefit of decentralization!