The European Green Deal is the most comprehensive and ambitious climate and environment protection program launched by the EU. It is a strategy that should transform the EU into a resource-efficient economy where there are no net emissions of greenhouse gases in 2050 and where economic growth is decoupled from resource use. The reason for that is the rapid climate change due to human-induced increase of greenhouse gases in the 20th century. Ukraine plans to join the agreement; it announced carbon-neutrality by 2060 in its National Economics Strategy. Hovewer, for our country such transition can become a huge challenge due to outdated industry technologies, low quality governance and overly ambitious goals prompted to Ukraine by the EU.

In June, VoxUkraine and Promote Ukraine (Twitter – @PromoteUkraine) held an expert discussion about the elaboration and implementation of the Green Deal and its consequences for different stakeholders.

Here we present the highlights of the discussion.

Recently we published a summary of the discussion on vaccination and responsibility for its safety and on Ukrainian local elections.

The European Union has a complex strategy for the Green Deal agreement implementation. This strategy focuses not only on the energy sector, but also on agriculture, transport, sustainable industry and so on (See Picture 1). The strategy is based on the principle “Leave no one behind”. To implement it, the EU created a special Just Transition Fund to provide support to the least developed regions, outermost territories and islands facing significant socio-economic challenges on their way to climate neutrality.

In addition to the Just Transition mechanism, there are many other legislative initiatives: Circular economy action plan, Farm to Fork Strategy, European Battery Alliance, The Carbon Border Adjustment Mechanism. The most important among them is the European climate law. It provides a move from the political field (where we just wish) to the legal field where the EU commits to become climate-neutral. The law includes a new intermediary goal for 2030 – the target for cutting carbon emissions was increased from 40% to 55%. That’s a big challenge for the European industry.

Nonetheless, the EU does not want to slow down and decided to do both — transit to climate neutrality and overcome the coronacrisis economic consequences at the same time. 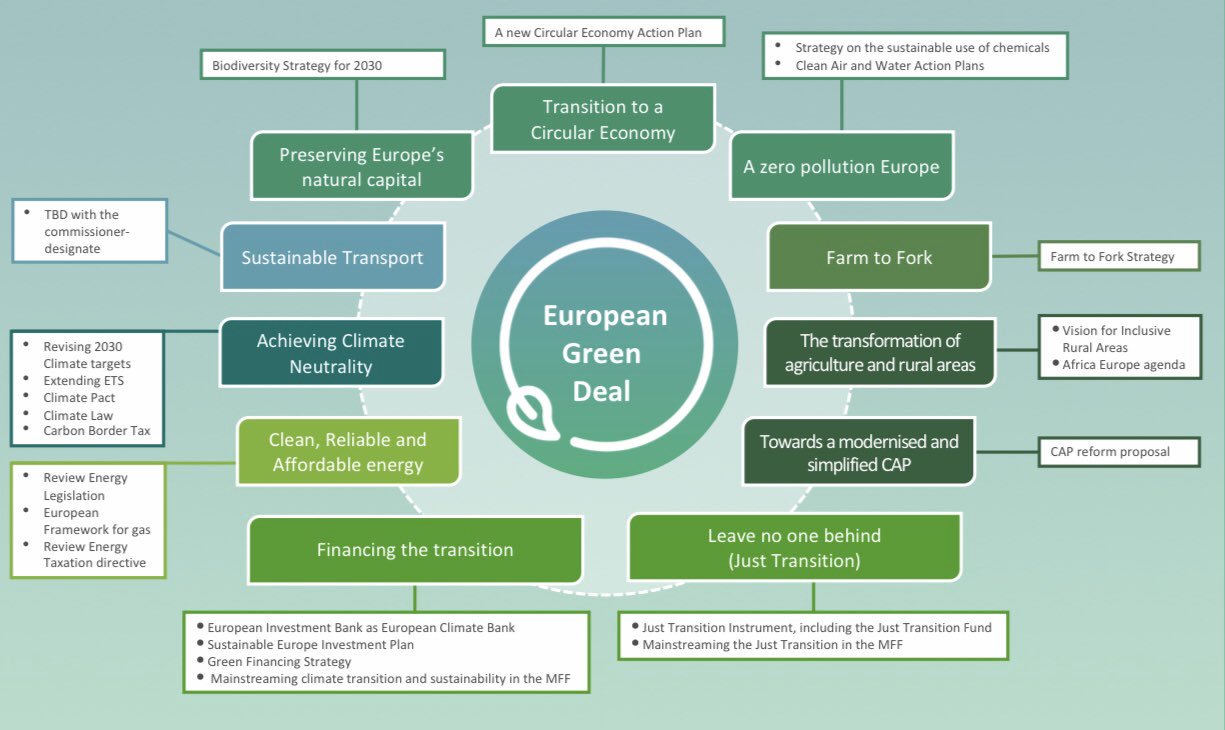 The European Environmental Agency analyzed greenhouse gas emissions in the EU from different sectors during 1990-2018. It shows that the EU is far from achieving full climat neutrality (see Picture 2). 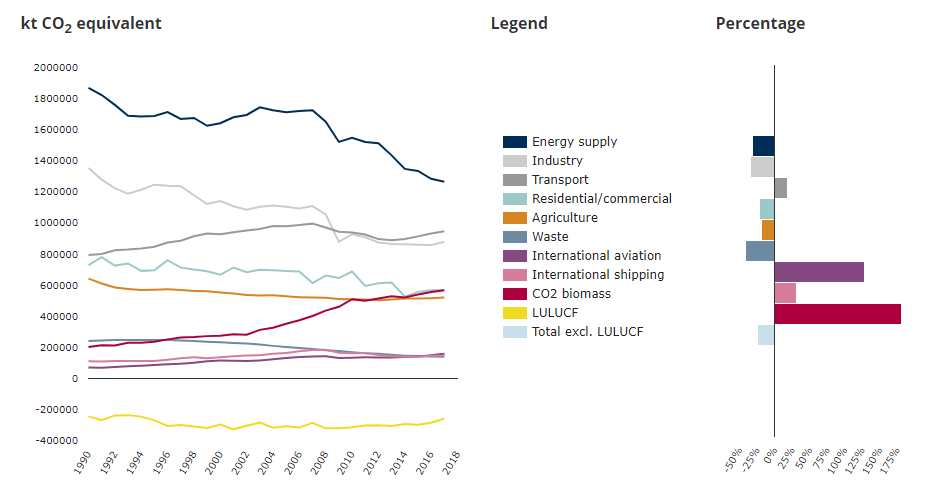 The EU has made significant progress in decreasing CO2 emission in the energy supply sector, which is the biggest source of emissions, and small progress in industry, commercial, agricultural sectors. Yet some other sectors (aviation and other transport) have even increased their emissions.

Although the importance of the Green Deal goals is hard to overestimate, there is a little chance that all European countries are climate neutral by 2050. For Ukraine, it is not an invitation to relax, but a good opportunity for observational learning, since it has a slightly more distant deadline of climate neutrality – 2060.

According to the Strategy, hydrogen “is a key priority to achieve the European Green Deal and Europe’s clean energy transition” since it does not emit CO2 and its air pollution is practically zero. The EU won’t be able to produce all of its necessary hydrogen alone. According to the Hydrogen Strategy, till 2030 the EU has to install at least 40 GW of renewable hydrogen electrolysers and to produce up to 10 million tonnes of renewable hydrogen. Also, the European Commission plans to have 32,5 GW of hydrohen imported to the EU countries. This will be achieved via the instruments of the Eastern Neighborhood Policy. The European Parliament is putting some conditions on such imports. The EU strategic interest is energy security of both the EU and its partners. At the same time the EU wants to avoid relocating its environmental impact to other countries. For Ukraine this means that decarbonization of the Ukrainian economy should not be delayed. Production of hydrogen is very energy-consuming. Thus to produce enough hydrogen to export it into the EU, Ukraine has to build a lot of “green” energy capacities.

Although the discussion of the Green Deal in Ukraine has just started and the government is far from any specific plans, Ukraine confirmed its commitment to develop “green” economy. The National Economics Strategy states Ukraine’s commitment to carbon neutrality by 2060. The country has an ambition to be an “early bird” in terms of aligning its course with the European Green Deal. To do it, Ukraine created the interagency working group on climate that coordinates the ministries, and a bilateral group between the EU and Ukraine which develops EU-Ukraine partnerships within the Green Deal framework.

Among politicians and the society there is no common understanding what the “Green Deal” means. Often it is perceived as only environmental issues. Thus, in the Ukrainian Parliament, MPs typically think that this is the responsibility of the Environmental Committee, while the Energy Committee does not focus on the Green Deal. In reality, the Green Deal is much more about the economy than about the environment.

Also, Ukraine has problems with management of large scale and long term projects. It does not have a culture of long term planning. Often Ukrainian politicians think only within an election cycle. The decision-making infrastructure for Green Deal implementation in Ukraine is at the very early stages of development. We do have the Vice Prime Minister on European integration and she’s responsible for international cooperation, but there is no single person responsible for introducing green policies in Ukraine.

A big challenge for Ukraine is outdated industry. In 2018, energy intensity in Ukraine was about 180 kilos of oil equivalent per thousand PPP dollars of GDP compared to just 83 for the EU. The same relates to carbon intensity. Despite some forced deindustrialization in the 1990s, Ukraine has over 600 kilos of CO2 equivalent per thousand PPP dollars of GDP, while the EU has only 200 kilos, which is 3 times less. The emissions of carbon dioxide per unit of value-added is definitely much higher in Ukraine than in the EU.

Another pressing issue is financing. There is a plan to create a fund that would accumulate contributions from international partners and then distribute the money to climate-friendly projects and policies. The European Commission plans to present financial instruments that will be available for Ukraine as well for other 30 countries within the framework of the EU Green Deal course. Large financial-industrial groups (oligarchs) in Ukraine are trying really hard to ensure that public funds remain the single source of Green Deal financing, and block any discussion on raising the carbon tax (in 2020, it was less than €1 per metric ton of emissions in Ukraine and Poland and over €100 in Sweden). However, the decrease of CO2 emissions requires large investment which should be financed not only by Ukraine’s government or international partners but also by business. Asking international businesses to invest in Ukraine is very problematic because Ukraine’s country risk remains quite high.

To stick to its commitment to the “Leave no one behind” principle, Ukraine has to protect vulnerable groups from consequences of energy transition, namely from the adverse effects of closing some enterprises and mines. Importantly, in the long term climate neutrality and clean environment imply better and healthier lives for everyone. But now some firms and people will have to bear the cost.

Another important issue is the Carbon Border Adjustment Mechanism (CBAM) which prevents EU from buying goods whose production implies large volumes of carbon emissions. These products can be banned from the EU market. Today Ukraine has large shares of nuclear and green energy in its energy mix, so we may fall under the EU threshold.

Ukraine has a huge potential for developing organic production – for now only 1,1% of agricultural lands in Ukraine is used for it, whereas in the EU its share is about 8,5%.

Public procurement in Ukraine constitutes almost 13% of GDP, and it can be used in a strategic way. In 2020, Ukraine adopted the law which offers new opportunities for developing green procurement. Green public procurement is becoming ever more common. It is important to focus not only on current price, but also on the whole life cycle of a product including side effects and externalities that will be covered by the public budget. If we calculate the total cost of use, green public procurement can become more efficient than if we just look at the price tag.

The European Green Deal is a part of an international effort on climate change. The idea behind it is to lead by example. It means that if the European Union is able to achieve sustainable growth while at the same time providing a cleaner and safer planet for our children, others will do that too.

Ukraine can benefit from the world movement towards climate neutrality or lose in this race. It all depends on whether we take responsibility for ourselves or rely only on external funding and preferential conditions. For now, Ukraine has good starting conditions and an opportunity to capitalize its efforts. 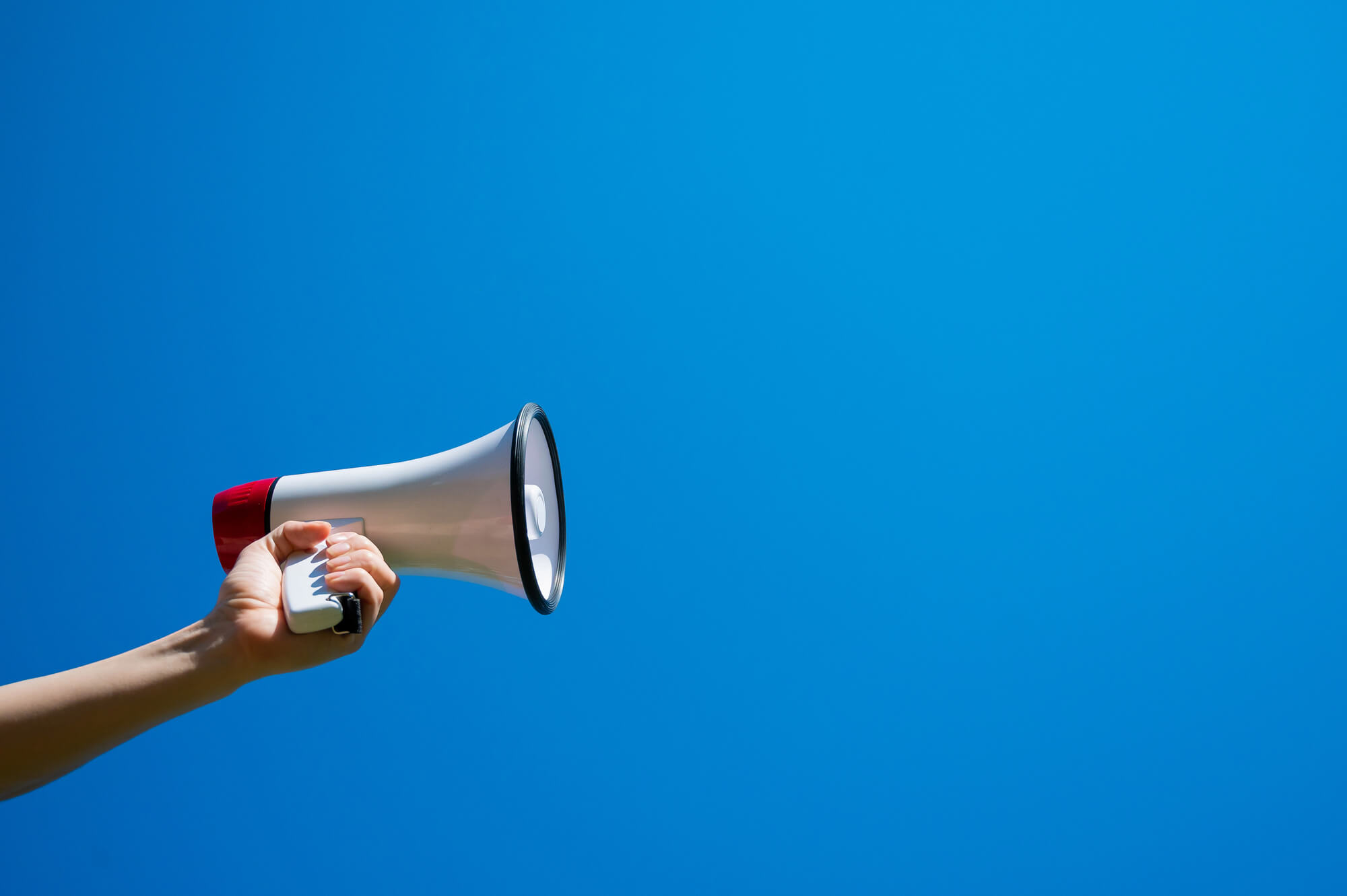 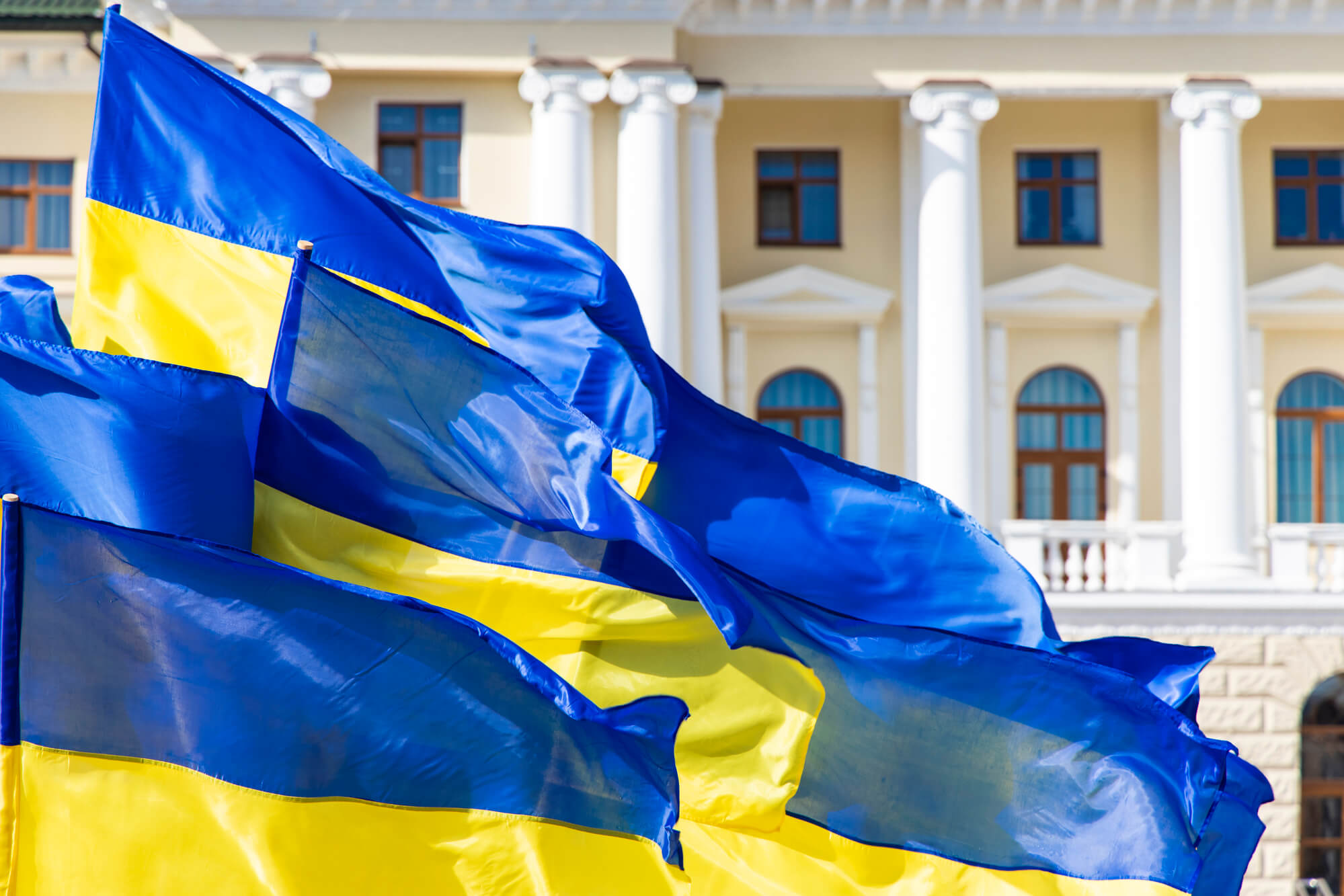