*In connection with the war in Ukraine and the state’s change of focus to wartime needs for the period of active hostilities, we have changed the period of monitoring regulations for The Reform Index from two to four weeks.

For the four weeks ending April 24, we spotted seven regulations that could be called reforms (please note that we do not assess laws in effect only during martial law). However, experts gave +2.0 points to only one law, namely the law on changes to the deposit guarantee system.

Oschadbank will become part of the deposit guarantee system, +2.0 points

In April 2022, the President signed law 2180-IX stipulating that the state-owned Oschadbank would operate within the overall deposit guarantee system. The bank’s joining of the Deposit Guarantee Fund for private individuals was scheduled for 2001, but it was repeatedly postponed. Before the law was adopted, Oschadbank had been the only institution guaranteeing depositors a refund of their full deposit if withdrawn from the market. This created a distortion in the banking market, making the state-owned bank more attractive than private institutions.

The law introduces two other changes, namely guarantees from the state during martial law and three months after that of full reimbursement of deposits to Ukrainians if the bank is withdrawn from the market and an increase in the guaranteed amount from UAH 200,000 to UAH 600,000 after the end of martial law. We have not provided an assessment of these two changes in the Reform Index since the first change is provisional, and the second one is not a game-changer.

Law 2046-IX introduces a new type of activity in the electricity market to improve the energy system’s flexibility and ensure the accumulation of surplus energy. It is designed to align with EU legislation and further enhance the synchronization of Ukraine’s energy system with the European one.

Energy storage activities will be subject to licensing, except when energy producers store the energy of their own production and within specified limits (the amount of energy being stored must not exceed the maximum amount of energy supply by this producer).

The law prohibits transmission and distribution system operators from owning, operating, and exploiting energy storage facilities except when such facilities are elements fully integrated within the operator network and permitted by the National Commission for State Regulation of Energy and Public Utilities. 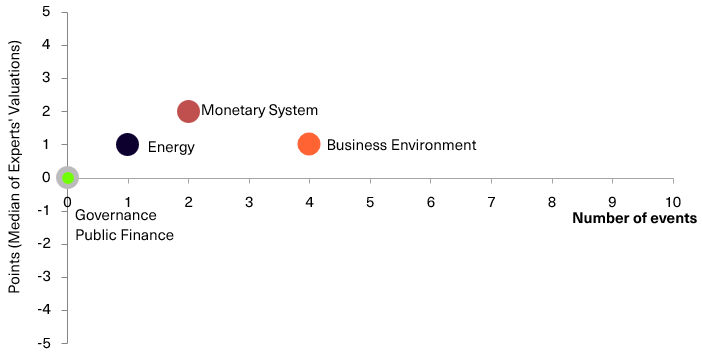