The four weeks of late April and May turned out to be rich in significant changes. We identified five events of +2 or more scores that noticeably influence the “rules of the game” in the country. Overall, from April 25 to May 22, 2022*, the Reform Index is +1.5 points, with values ranging from -5.0 to +5.0. In the previous round, the Index was +1.3 points**. Read more below.

*In connection with the war in Ukraine and the state’s change of focus to wartime needs for the period of active hostilities, we changed the period of monitoring regulations for the Reform Index from two to four weeks.

**By decision of the Editorial Board of the Reform Index, we supplemented the Index with a new component, “Human capital,” based on sub-area 202, “The social protection system and labor market,” and retrospectively adjusted the values of previous Reform Index issues.

ENTSO-E’s decision on March 11, 2022, on synchronizing the power system of Ukrainian with the European network: + 3.0 points

The ENTSO-E’s decision on March 11, 2022, completed the synchronization of the Ukrainian and Moldovan power systems with the Continental European network and documented a refusal to deal with the networks of the aggressor countries (russia and belarus). It was preceded by the Agreement on the Conditions for Future Interconnections concluded in 2017. Although scheduled for 2023, it was implemented earlier, including because of russia’s unfounded aggression resulting in a full-scale invasion of Ukraine.

The electricity grids of Ukraine and Moldova were physically linked to the Continental European network (ENTSO-E) on March 16.

Law on cooperating with the International Criminal Court (ICC): +2.0 points

Law 2236-IX supplements Ukraine’s Criminal Procedure Code with the section “Peculiarities of cooperation with the International Criminal Court,” regulating the cooperation mechanism. A note to the new section says it extends exclusively to cases of investigating crimes by the russian army and officials of russia and other countries, committed on the territory of Ukraine during armed aggression.

The law stipulates that the Office of the Prosecutor General ensures cooperation with the ICC during the investigation and trial, and the Ministry of Justice is responsible for executing decisions. These bodies can refuse to fulfill the ICC’s requests if there is a risk of disclosing information related to Ukraine’s national security.

In addition to the mechanisms of interaction between Ukrainian state bodies and the ICC, the law also provides mechanisms for summoning suspects and witnesses to the International Criminal Court. Thus, a suspect must be served a summons personally. A person detained or serving a prison sentence in Ukraine may be temporarily transferred to the ICC to testify with their written consent only. A person can be temporarily arrested (up to 60 days) at the request of the International Criminal Court.

Law on ratifying the Common Aviation Area Agreement between Ukraine and the EU: +2.0 points

In February, Ukraine’s Verkhovna Rada ratified the Common Aviation Area Agreement between Ukraine and the EU. The President signed it into law at the end of April.

The signing of this law signifies another step forward in creating a common regulatory framework with the EU. The countries will now have uniform standards for aviation safety, consumer rights protection in air services, air traffic management, etc. In particular, the Agreement abolishes the monopoly on air routes established by bilateral agreements between countries.

The Agreement will have two implementation stages. During the first, airlines of the EU and Ukraine will only be able to make flights between Ukraine and the EU (without domestic and complex flights). During the second stage, Ukrainian airlines will have the right to operate complex flights (with intermediate or final stops in other countries, if a route starts or finishes in Ukraine). EU airlines will do complex and domestic flights in Ukraine.

The signing of the Agreement is expected to significantly revive Ukraine’s aviation and tourism market and increase competition in them (after the war’s end). However, Ukrainian airlines may lose in this competition.

Law 2243-IX supplements the provisions banning the activities of political parties specified in the Law On Political Parties in Ukraine with two more reasons: 1) justifying or denying armed aggression against Ukraine, including referring to the aggression of russia and belarus as an internal conflict; 2) glorifying or justifying the actions (inaction) of persons carrying out armed aggression against Ukraine and representatives of the occupation administration, including using the words “rebels,” “militia,” or “polite people” when referring to them. If a party’s activities are banned based on a court decision, its funds and property become the state’s property, in line with court decisions.

The law also regulates political parties’ international activities. In particular, it prohibits political parties from entering into agreements that make them subordinate to or dependent on any other foreign organization or political party. It is also forbidden for parties to cooperate against Ukraine’s independence and territorial integrity with organizations included in the list of political parties and public organizations (non-residents of Ukraine) posing a threat to Ukraine’s national security. Ukraine’s Security Service must create such a list within six months after the law enters into force.

The law clarifies that during martial law, courts have the right not to determine bail when taking into custody those suspected of supporting the aggressor state. 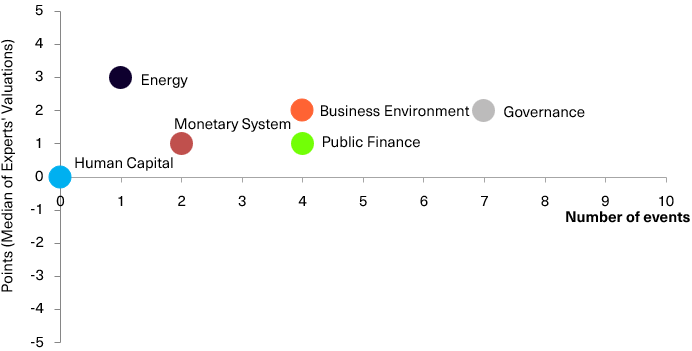