The Reform Index’s 184th issue comprises thirteen changes able to influence the rules of the game in the country. Of them, only two received +2 points from experts, which we think separates significant reforms from less important ones. These are the Law on Administrative Procedure and the Law on Compassionate Use of  Medicines. Overall, from May 23 to June 19, 2022*, the Reform Index is +0.8 points, with values ranging from -5.0 to +5.0. In the previous round, the Index was +1.5 points. Read more below.

*In connection with the war in Ukraine and the state’s change of focus to wartime needs for the period of active hostilities, we changed the period of monitoring regulations for the Index for Monitoring Reforms from two to four weeks. 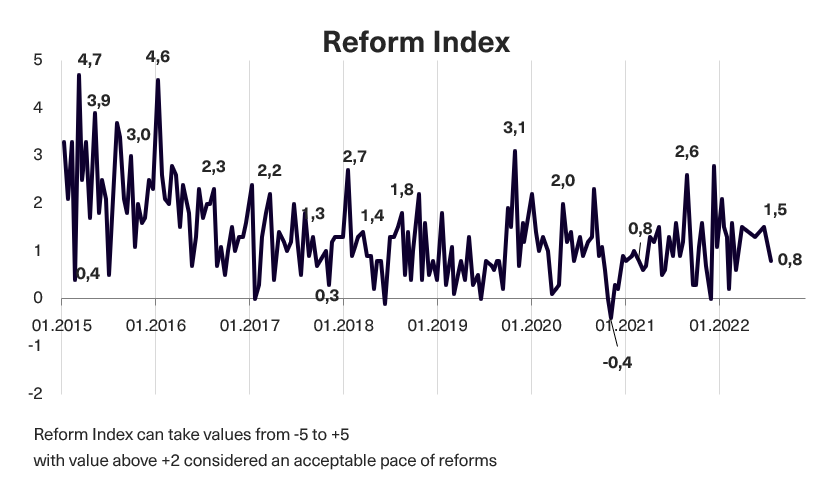 Law 2073-IX creates a framework for the relationship between executive authorities, citizens, and legal entities. It implements the principles of administrative procedure, including the rule of law, equality before the law, the presumption of legality of a person’s actions, timeliness, and guaranteeing the person a right to participate in administrative proceedings.

Significant innovations include the introduction of the “interested persons” category for administrative cases and the requirement for authorities to notify such persons about the initiation of administrative proceedings related to their interests. Also, persons adversely affected by an administrative decision have the right to be heard before passing an administrative act with such a decision.

The law was signed on the second attempt. The Verkhovna Rada first voted on it in November 2021. However, Volodymyr Zelensky vetoed the bill proposing to exclude from the law’s purview relations concerning national security, defense, and granting citizenship or asylum in Ukraine. His proposals were taken into consideration, and the president signed the law in June this year.

Law on compassionate use of medicines: +2.0 points

The mechanism will be available under two types of programs:

To participate in the programs, several conditions need to be met: the availability of data on the ratio of risks and benefits when using the drugs, patient with severe medical conditions, the lack of access to other effective treatment methods on the territory of Ukraine, or ensuring the continuity of treatment with certain drugs following the end of participation in clinical trials.

The Ministry of Health is the body authorizing extended access programs. The MoH’s authorization means that unregistered medicinal products are permitted to be imported into the customs territory of Ukraine.

Similar programs are already in place in the world’s most developed countries, particularly the U.S., Great Britain, Denmark, and other countries. 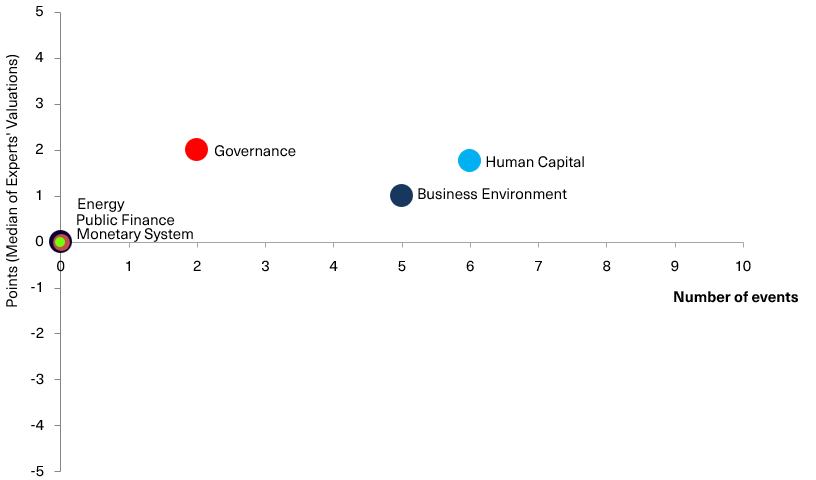