Social media blurred the distinction between experts and bloggers. Therefore, expectations that for the COVID-19 pandemic should increase the demand for expert knowledge is misplaced — most people trust a piece of advice by an Instagram influencer no less than words of a doctor with years’ worth of experience.

Even though most people remember Michel de Nostredame as Nostradamus, the author of the notorious prophetic texts, he was also a successful doctor. Among other things, the University of Montpellier alumni is known for his efforts in battling plague. His recommendations to drink boiled water, regularly change soiled linens under bed stricken patients, and bathe in order to prevent the infection might seem a little bit naive ( although the latter two contribute to minimizing contacts with rats and flees who carry Yersinia pestis).

Despite its simplicity, the advice of doctor de Nostredame was much more useful than other plague battling methods applied in the Middle Ages. Consider the recipe by Gentili da Foligno, who recommended to smear buboes with human feces and cover them with plasters [1], or the anonymous tip to relocate to a sewer [2], since it allegedly should accustom one’s body to filth thus making it resistant to the infection. The paradox is that people trusted both the advice of da Foligno and that by de Nostredame.

Fatuity is not confined to the historic Dark Ages. When Ronald Ross discovered in 1902 that Anopheles mosquitoes carry the Plasmodium falciparum (malaria pathogen) and recommended to organize a mosquito eradication campaign, he was ridiculed from Calcutta to Freetown [3]. As a result, Europe itself had suffered from malaria up to 1970s.

COVID-19 pandemic gave the educated people all over the world hopes, well represented in the article by Kyrylo Pasenyuk, that the reek of populism will eventually clear, and the demand for expert knowledge will rise. Unfortunately, while the intellectuals wait for Owl of Minerva to first take flight with twilight closing, they usually face with werewolves of the dark side of human nature. During the cholera pandemic in Donbas in 1902 people were downright attacking doctors who arrived to help [4]. And when, in 1918, Carlos Seidl, Head of Brazil’s public health service, proposed quarantine measures to protect the population from the “European disease” (that is: the “Spanish flu”), the satirical magazine Careta scoffed at him and accused him that under a guise of protection against the limpa-velhos disease (“killer of the elderly”), he seeks to establish a “scientific dictatorship” and restrict the freedom of citizens[5].

The limited size of this essay doesn’t allow to offer other examples that prove the statement “the fear of death makes people seek answers from experts” to be false. But even those few cited above suffice to make the point: in reality, fear makes people to look for help anywhere. Someone is lucky enough and encounters a capable professional, while another might practice urinary therapy expecting this should help. Consequently, I wouldn’t nurture great expectations regarding “societal demands for truth and common sense provoked by the crisis”. Different results in these two cases are due not to a patient’s goal (it is the same: health and longevity), but to different structural factors, namely the existence of the special institutes that make it impossible for a surgeon with 25 years of experience to have the same status as a “healer” brandishing a miracle glass of urine.

The problem is, the society of social media and broadband Internet provokes the ongoing status erosion, so people trust a vlogger no less than a scientist. The age of the Worldwide Web is the age of the “global village”, with all the intrinsic features of the aural and oral culture, such as spoken language, emotions, gossip and the lack of a correct perspective [6]. Just like the medieval villagers believed living in the dumpster could save from plague, some people nowadays believe vaccinations cause autism. Every age is dark, when it is impossible to measure correctly the statuses of a licensed doctor and that of a charlatan due to absence of the unified measurement system.

This directly relates to populism, which from a discursive point of view is characterized by performative exaltation of low style[7]. In other words, populism is a demonstrative appeal to the inner side of culture that political actors appeal to in order to mobilize supporters. In the contemporary world of normative liberal values, populism takes the form of authoritarian conservative nativism, which explains why populism implores to “finally express the hard truth about LGBT rights” or “directly acknowledge that migrants are evil”.

The rise of populism after 2008 is a complex process, brought into motion by the Great Recession, increasing dynamics of transnational migration, more vigorous attempts of social minorities to achieve equal rights, and the growing gap between a political class and a population. As a result of this process, the liberal culture has not lost its dominant position, but has already suffered several blows. This was, of course, facilitated by deliberate attempts by illiberal regimes to fund dozens of organizations and agencies that spread alternative interpretations of anything and everything starting with the origins of conflict in the Middle East and finishing with ownerships of museum collections.

The existence of the (so far) dominant liberal culture in the environment of the value polyphony creates the aforementioned situation of the inadequacy of statuses, since good, noble, and correct can be instantly defamed as bad, vile and wrong. Any hopes that if the two contenders for the status of “good” are left to compete freely, the imposter should eventually lose, because unable to yield viable results it will reveal its charlatan nature, seem futile.

The systems of ideas that can be called “paradigms” after Thomas Kuhn, have incredible viability: medical bloodletting were introduced in ancient Sumer, homeopathic remedies are to be removed from the reimbursable drug package in France only in 2021, and Far Eastern shiatsu massage is still in demand in contemporary Ukraine. None of these practices provide clinically established results, but tens of thousands of people believe in them and risk their health trying them.

Therefore, it would be too optimistic to expect that when it comes to questions less «vital», like politics or economics, the status of experts should magically rise due to the next pandemic. Small wonder Nostradamus eventually changed his occupation in order to achieve the undying fame.

[1] John Aberth, From the Brink of The Apocalypse: Confronting Famine, War, Plague, and Death in the Later Middle Ages (New York: Routledge, 2010), p.108. 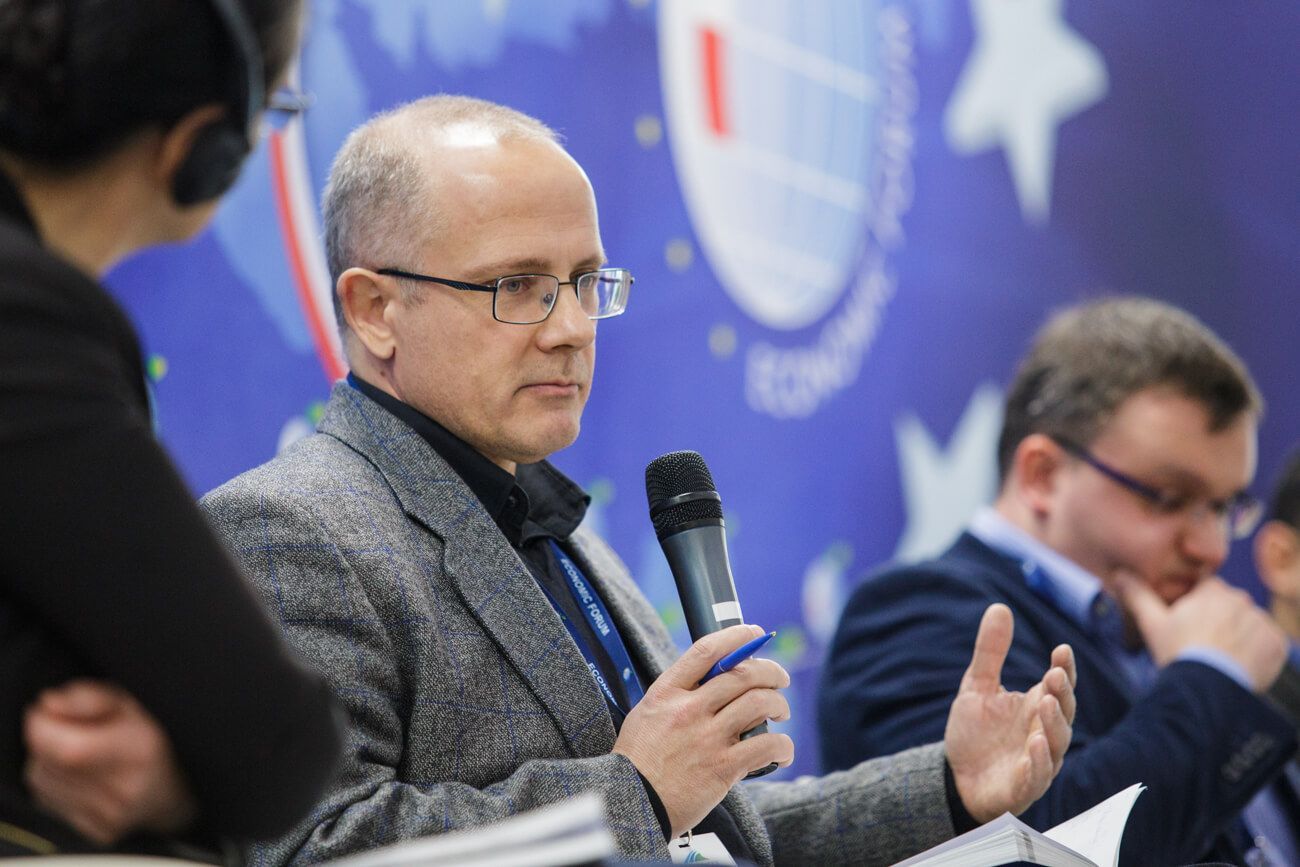 How to Talk about Ukrainian Politics in the West?