Since the beginning of the quarantine, most of Ukrainian media have faced financial problems. Advertising business models, which have already been working poorly in competition with digital giants Google and Facebook (see the study of Ukrainian media business models by the Centre for Journalism), turned out to be unviable at one point. Grant makers and media moguls have also changed their priorities. Some of them have suspended or reduced funding for the editorial offices, they took care of earlier.

In the context of this “perfect storm”, the editors-in-chief began to turn to their readers for help one by one. But one-time support could only close the cash gap, but not solve the problem of a broken business model.

There are dozens, if not hundreds, of media monetization methods in the world, which I would divide into four major groups:

The last group of monetization models, which can still be divided into donations, subscriptions and creation of paid clubs, was not common in Ukraine. At the initiative of Slidstvo.info, which is creating its own readers’ club, the Centre for Journalism at Kyiv School of Economics has researched western club funding models (membership).

We assumed that in the West, the transformation of media business models began earlier than in Ukraine. Therefore, there is already experience in launching and improving membership models, case studies and publications in specialized media. Together with Slidstvo.info, we have selected nine western media that have a strong public service function, most of which publish investigations. We have been comparing package offers for members of reading clubs and the cost of these offers. The study included the following media:

Some of these publications have only a club model, some offer several models of funding from readers, and in the case of Krautreporter, The Correspondent and Dennik N it is a mixed model: something between a subscription and a readers’ club.

During the comparison, we’ve tried to find similar offers from different media, which, on our hypothesis, should indicate the effectiveness of the methods used to attract readers to the community. We also compared the cost of the membership fee for the reader with the cost of a cup of coffee in the same market in order to introduce a universal “coffee” currency for a more accurate comparison of membership conditions.

After comparing the package offers in club models in selected media, we came to the following conclusions: 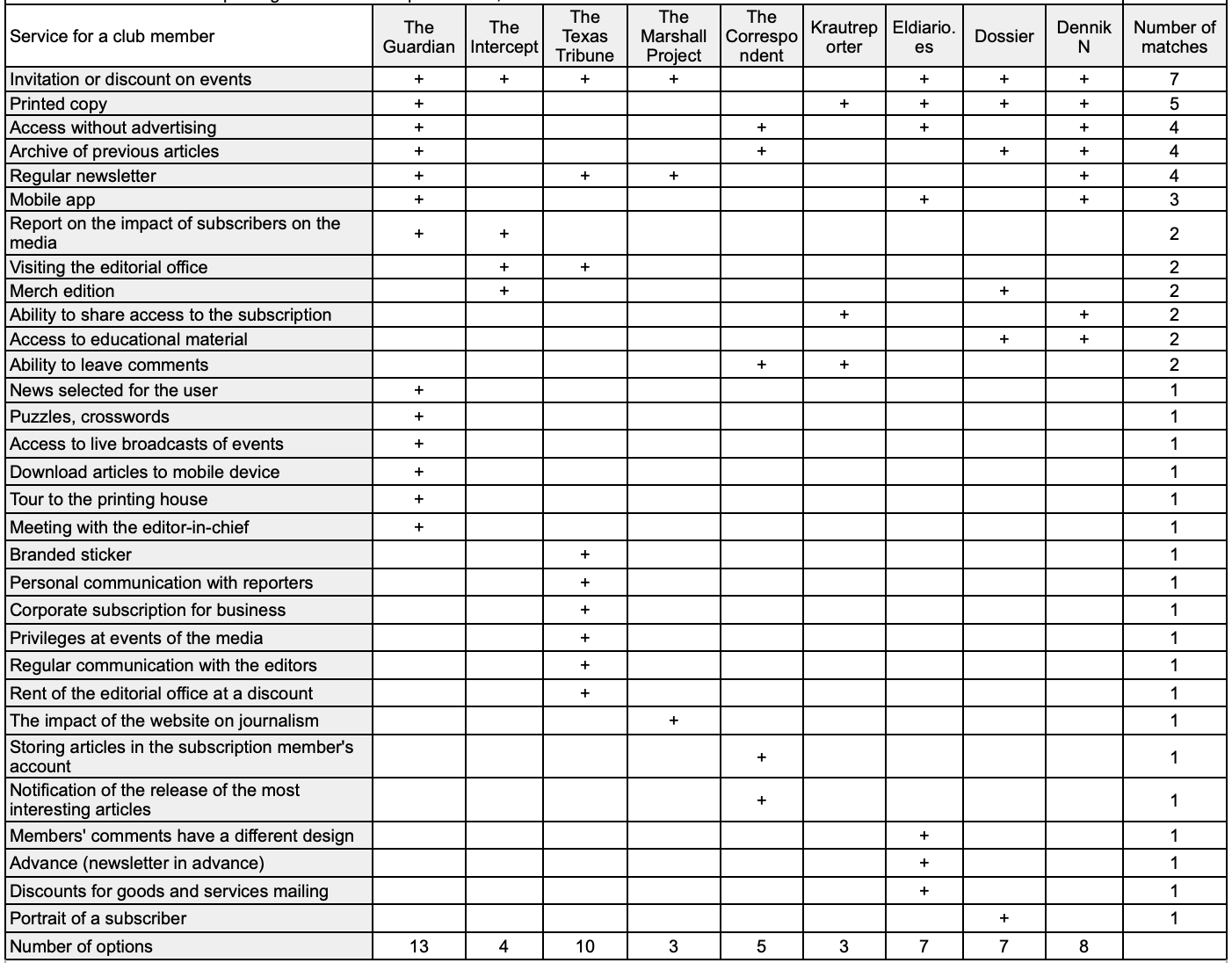 4) Most publications try to cover all price segments and offer club tickets from 4 euros and above per month or from three cups of coffee per month (Table 2). But the media encourage their readers to buy straight away an annual membership. Sometimes there is simply no such option as membership for only a month. In Ukrainian conditions, we recommend setting the minimum club fee at 96 hryvnias per month (three cups of coffee).

Table 2. The cost of membership in the studied media 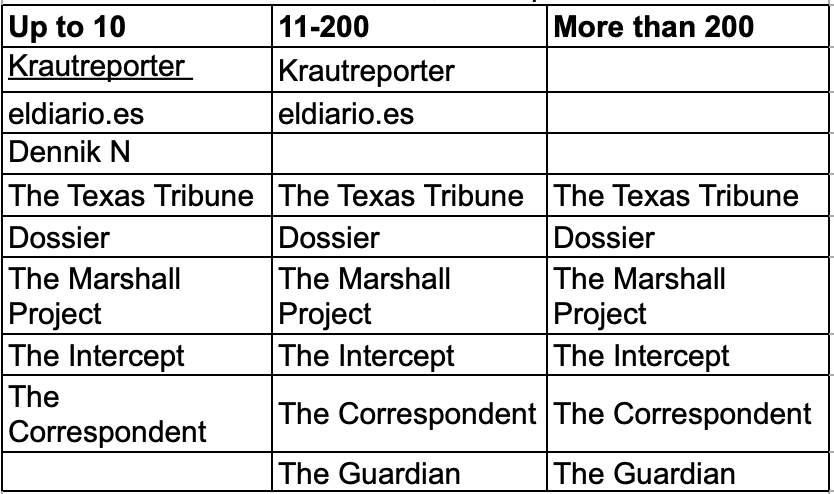 If you respond “yes” three times, you can start building a community. Building it will require audience research to better understand why people choose your publication, what they value most about it.

At the same time, you need to increase the segment of the audience that you plan to attract to the paid club. This can be done through holding thematic events and bigger activity on social media, through the launch of new newsletters or podcasts.

And only the third step is to transform ordinary readers into members of a paid readers’ club. This will require a separate marketing campaign, a reader data management system.

Attracting new members to the club is important, but don’t forget to maintain relationships with “old” club members. Club membership involves a two-way relationship between readers and the media. And it’s not so much about money exchange as about the exchange of experience and expertise.

Most readers value in the media transparency in financial and ethical issues, clear rules of work of journalists, a sense of uniqueness of the reading experience, brand design, affordability. It is also important that readers share the values of the publication.

Link to the full study in pdf in Ukrainian.