Work in Ukraine: What Has Happened with the Job Market in Ukraine after the Revolution of Dignity? | VoxUkraine

Work in Ukraine: What Has Happened with the Job Market in Ukraine after the Revolution of Dignity?

This is the first article within the “Big Job” project prepared by a KSE student with the assistance of the VoxUkraine editors. The goal of this project is to identify and analyze trends in the job market and, using mathematical methods, to assess how much the association with each particular skill is valued in Ukraine (to put it simply and in lay terms, how much specific skills cost in Ukraine).

The first part covers the response of the job market to the latest crisis: is the job market crisis really behind the reality in the labor market; which regional centers are most economically active; what is the rate of competition in the key sectors (how many resumes are there per one vacancy); and which jobs are most under- and overpaid. We have also compared the market salaries with the data of the State Statistics Service.

What is going on in the job market?

A large number of Ukrainians and the companies working in Ukraine are looking for jobs or employees on the specialized websites. There are a lot of job search portals in the Ukrainian market. Three of them – work.ua, rabota.ua, hh.ua – are leaders by the criteria of search traffic and the number of visitors . The website work.ua has the largest engagement – 11.27%, compared to 10.21% for rabota.ua and 2.50% for hh.ua. In early March 2017, there were 79,159 vacancies on the work.ua portal. Given these facts, further analysis will be largely based on the information published on the portal work.ua.

Let us start with an overview of the vacancies over the past few years. The chart (pic. 1) shows that compared to 2014, the year of crisis, in 2015 and 2016 the number of vacancies has grown substantially. The following categories are the top five leaders by the dynamics of publication of new vacancies: “Sales, procurement”, “Non-professional occupations, manufacture”, “Service industry”, “Retail trade”, and “IT, computers, Internet.” 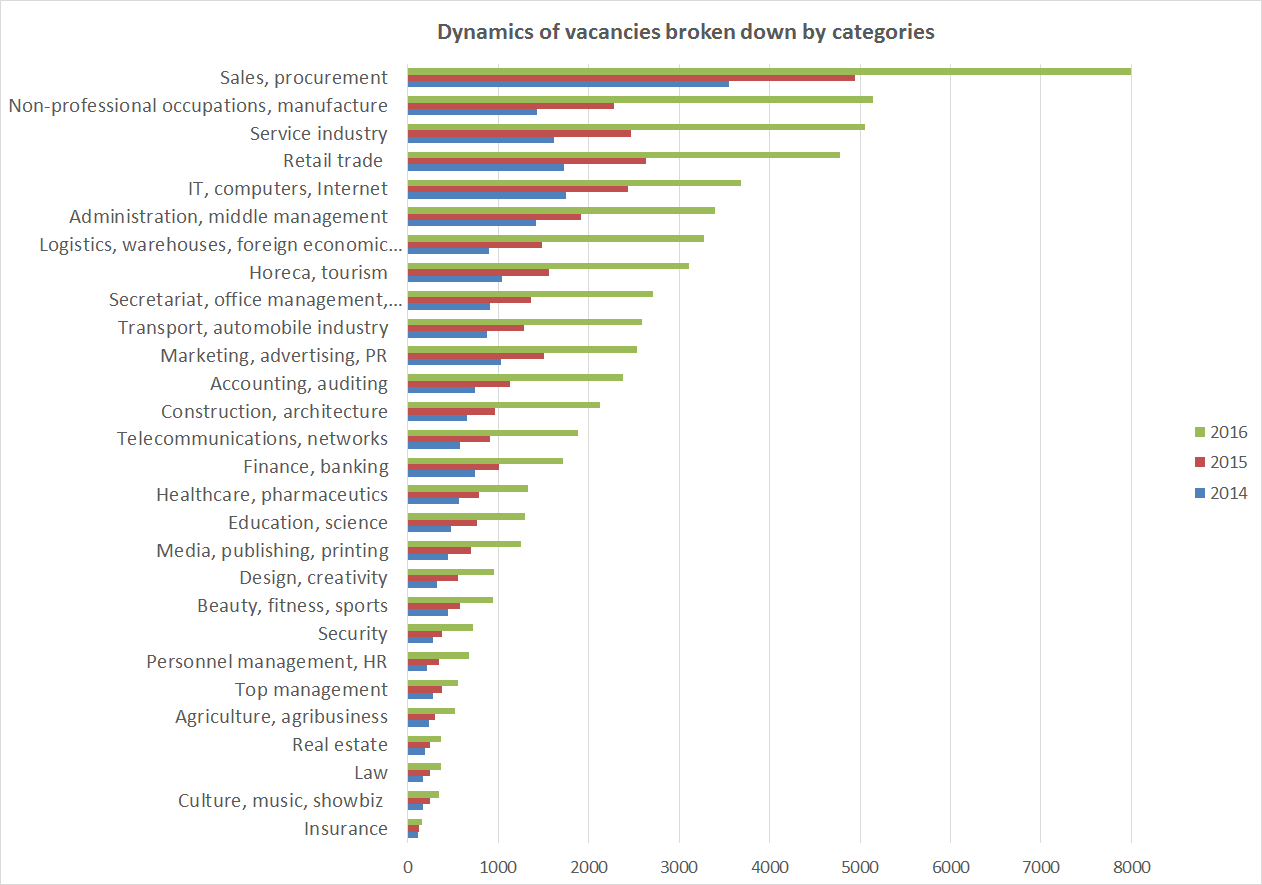 Based on the data from the portal work.ua (‘new vacancies per week’, average annual value has been calculated)

To check which regional centers have most employers and job seekers, it is sufficient to look up how many new vacancies and job seekers are published weekly (average indicator for February-April 2017). The result is as expected: Lviv, Kharkiv, Odesa, Dnipro, and Kyiv. Kyiv is an unchallenged leader: it has more vacancies than the other four cities put together.

The statistics of work.ua (pic. 2) demonstrate economic trends. The regional centers with the largest number of vacancies and job seekers (Kyiv, Kharkiv, Dnipro, Odesa, and Lviv) provide the largest share of state budget revenue  (as of 01.04.2017).

The job market of the big cities in the occupied territories of Eastern Ukraine displays negative economic trends: the number of job seekers is much bigger than the number of vacancies. For example, there are on average eight job seekers per one vacancy in Donetsk (1,992 job seekers and 257 vacancies), 5.5 job seekers per one vacancy in Luhansk.  However, in the other territories of Ukraine there are two resumes per one job opening. These figures speak clearly about the high level of unemployment in those regions and confirm the fact that many Ukrainians are isolated and cannot become an active part of the Ukrainian job market.
Disclaimer: We do not rule out the possibility that the Internet portal whose data has been used might be more popular in certain regions, while in other regions other ways of searching for employees, such as local newspapers or recruiting agencies – can be popular.

Graph 2. The number of new vacancies and resumes per week in the regional centers 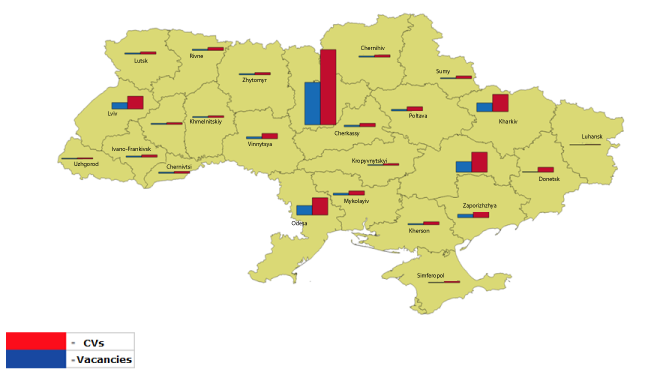 There are more job seekers than jobs in Ukraine. On average, two new resumes per one vacancy were published in 2016. However, compared to the past two years there has been a significant increase in the number of vacancies in all the categories (pic. 3).

Based on the data from the portal work.ua. Correlation between new resumes/new vacancies per week, average number per year (figures given for 2016). 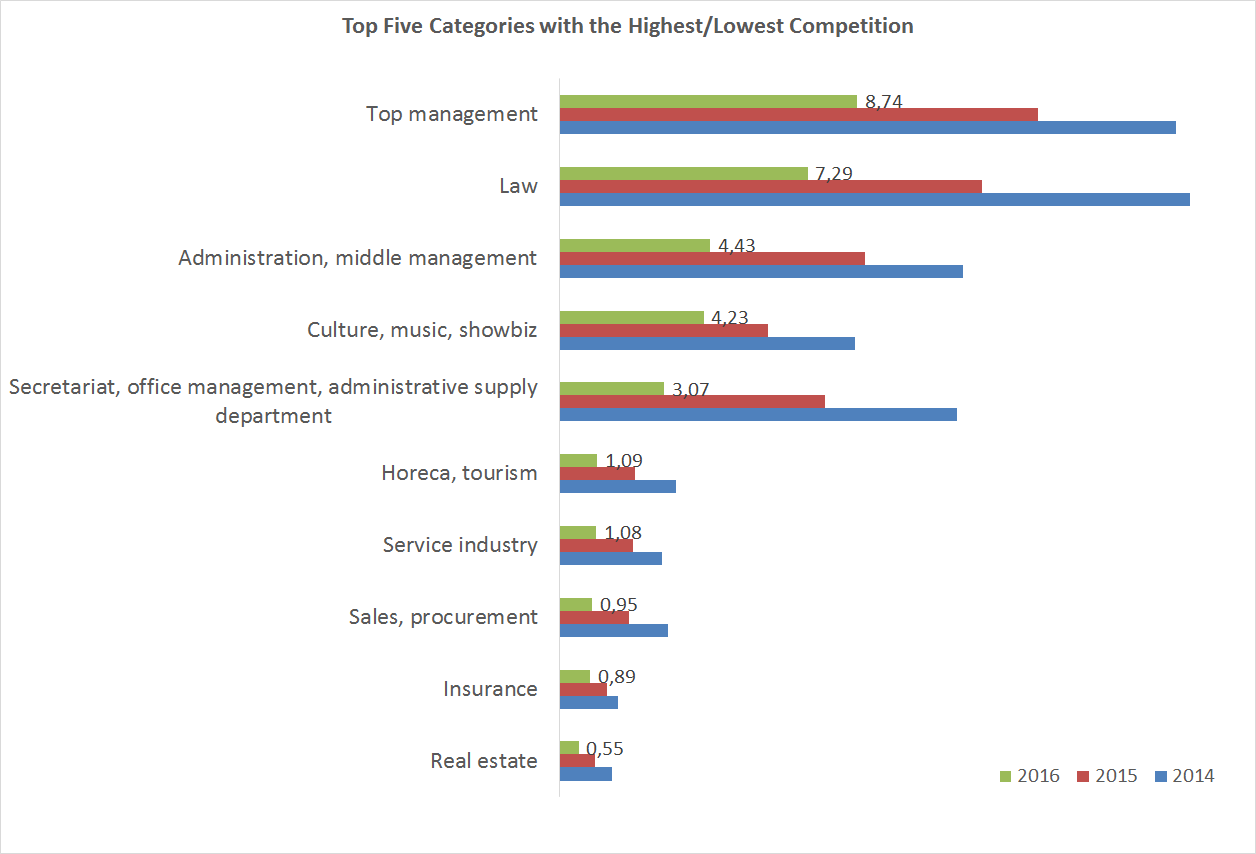 Top management is the most competitive sphere in Ukraine. Last year, around nine applications were submitted for one vacancy (pic. 3). Apart from competition, it might also prove the fact that top managers are rarely recruited through ‘public’ vacancies. There are seven applications per one job opening in the sector of law, which is almost twice less than in 2014. In 2016, it was easiest to find a job in real estate, insurance, or sales – the sectors which demonstrate ‘negative’ competition: there are more new vacancies, than new applicants.

According to the State Statistics Service, a month of work of a Ukrainian citizen costs UAH 6,209 (average salary in February 2017), while according to work.ua, it is 23% more – UAH 7,685. What are the salary trends in the Ukrainian job market? Compared to February 2015, according to the State Statistics Service, the average salary has increased by 1.7 times: from UAH 3,633 to UAH 6,209 (pic. 4).

Based on the data from ukrstat.gov.ua

It should be noted that not all the vacancies published on the website include the information about the salary offered. Thus, in the category “IT, computers, Internet” the salary is mentioned only in 41% of the vacancies, in the “Administration, middle management” – in 49%, in “Sales, procurement” – in 61%. It means that in many cases the salary might be negotiated on a case by case principle.

The highest salaries are offered in the “Top management” category – UAH 13,545 (on average), while the lowest ones – in the category of security – UAH 5,308 (pic. 5). One might find considerable differences comparing these figures with the average gross salaries cited by the State Statistics Service (pic. 6). For example, according to work.ua, the average salary in the construction sector is UAH 9,573 compared to UAH 5,586 according to the State Statistics Service. The industries connected with real estate (“Real estate” and “Operations with real estate”) also demonstrate significant differences: UAH 12,824 according to work.ua versus UAH 5,412 according to the SSS.

The difference may arise due to differences in the methodology for calculating the average salary. The State Statistics Service cites data only for legal entities with more than 10 employees and does not take into account the temporarily occupied territories and the antiterrorist operation zone. At the same time, the website work.ua enjoys greater popularity in large cities, which means that the average salary is more related to them.

Graph 5. Average salary offered in the vacancies* broken down by categories in UAH 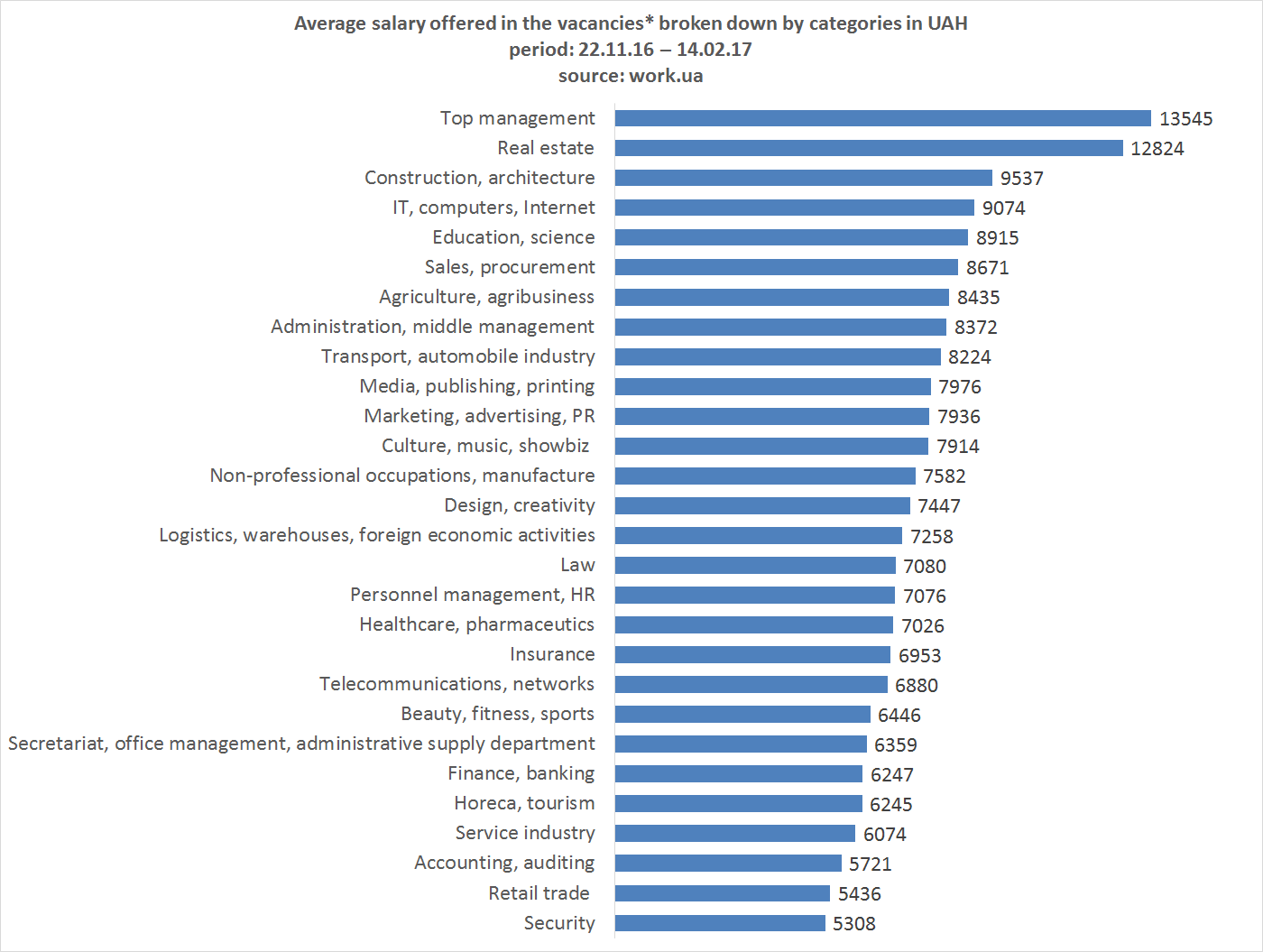 Based on the data from the portal work.ua
* The calculation is performed by the method of a weighted arithmetic mean, which makes it possible to minimize the effect of individual vacancies with unrealistic salaries. Vacancies without salary indicated are not taken into account.

Graph 6. Average salary broken down by categories in UAH 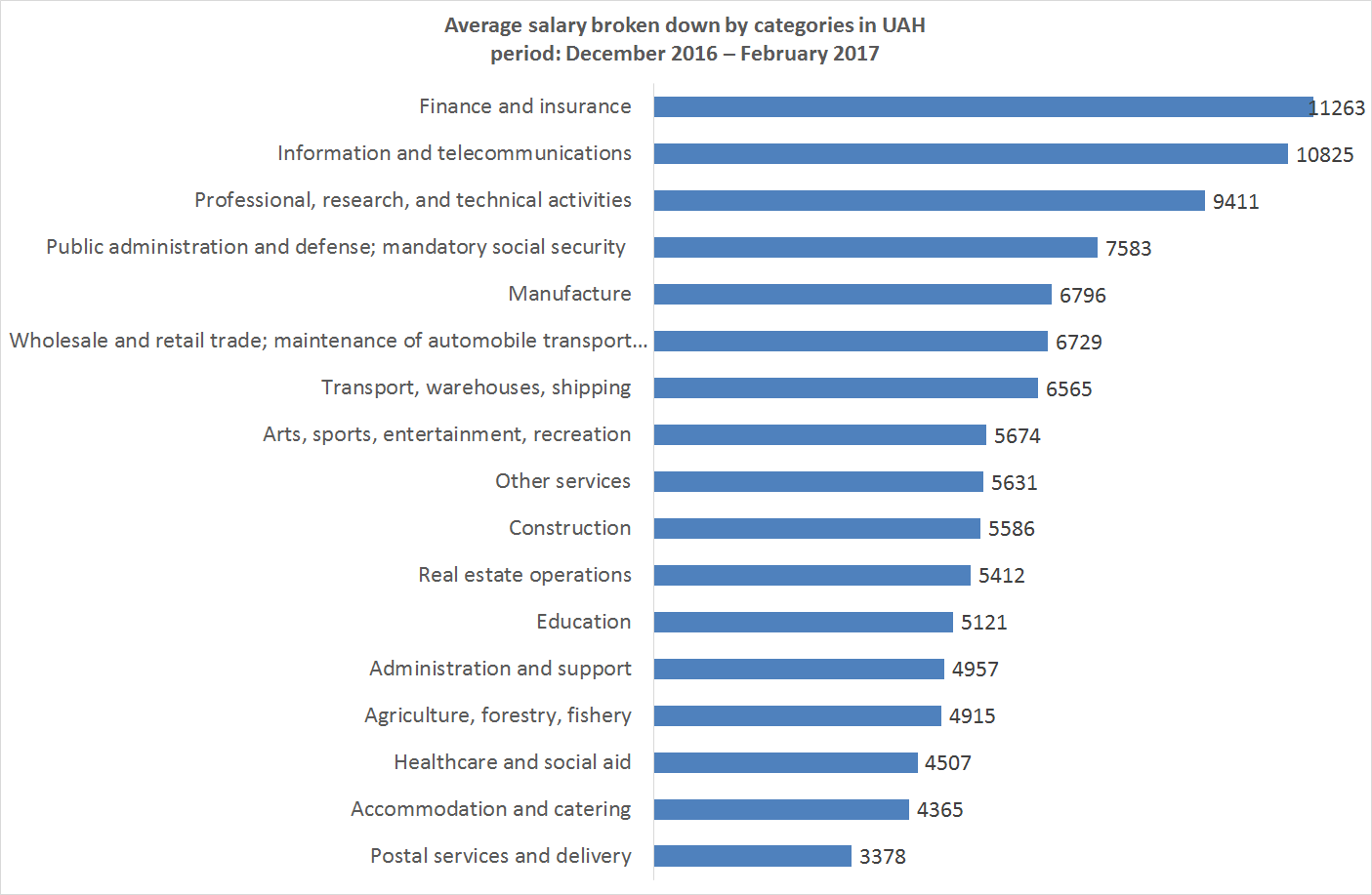 Based on the data from the portal ukrstat.gov.ua

Do financial expectations of the job seekers and employers match? Not really. The data on salaries stated in the vacancies and resumes differ considerably (pic. 7). In 18 categories out of 28 the market is not ready to satisfy the salary expectations of the job seekers. For example, in the category of “Security” job seekers would like to earn on average 49% more than employers are ready to pay (UAH 5,308 vs. UAH 7,902). Whereas teachers and researchers underestimate themselves: the average salary in the vacancies in the sector of education is 29% higher than the rates given in resumes (UAH 8,915 vs. UAH 6,385).

Graph 7. Difference between average salaries offered in the vacancies and those mentioned in resumes 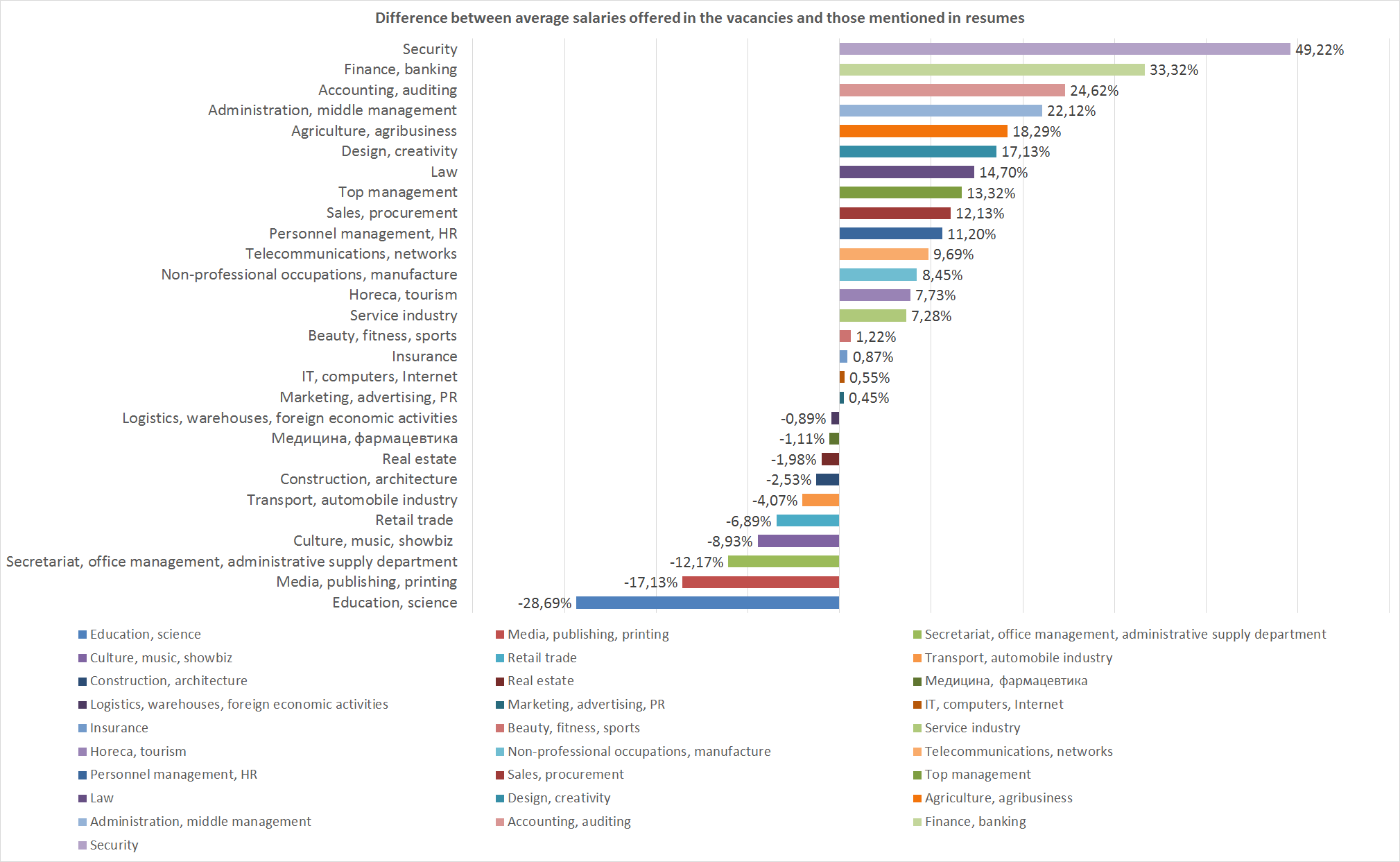 One of the reasons for the mismatch between the expected salaries and those actually offered may be the lack of experts in some sectors and an excess in others. It should also be taken into account that the data are presented for the whole country, while the factor of regions – the second most important factor in the difference in salaries after the type of activity – is not considered. Another explanation might be the mismatch between the skills the job seekers have (the reason they would like to receive a higher salary) and the skills the companies would like to see and for which they are willing to pay. The issue of skills and their correlation with salaries will be covered in the second article within this project.

In the next part of the project we will present the results of the research on the “cost” of each skill in Ukraine. 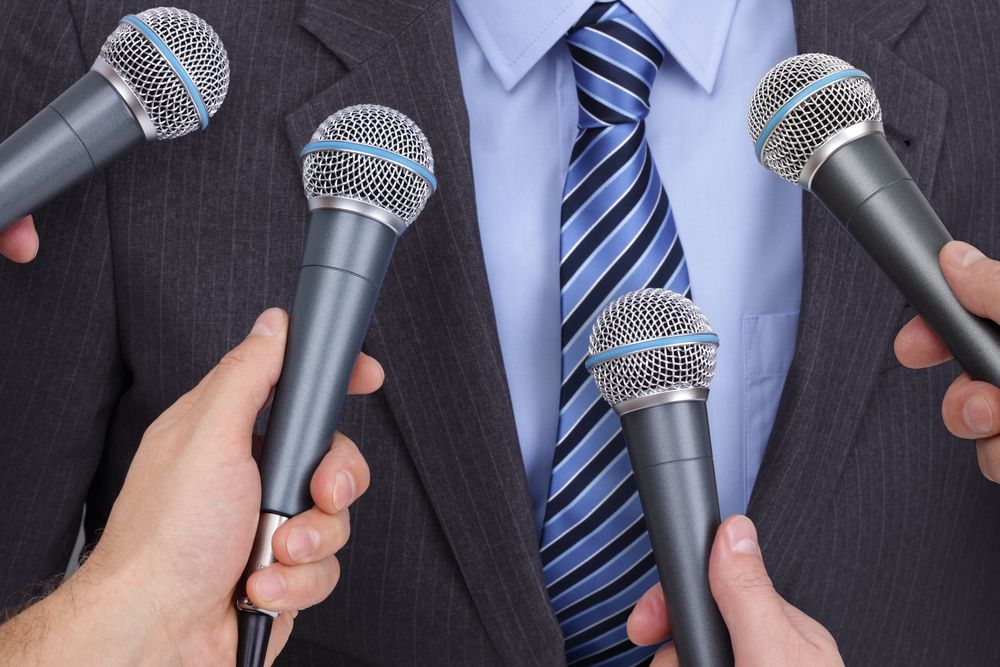 Lords of the Microphone. The Politicians that Wasted None of Their Time at Political Talk Shows 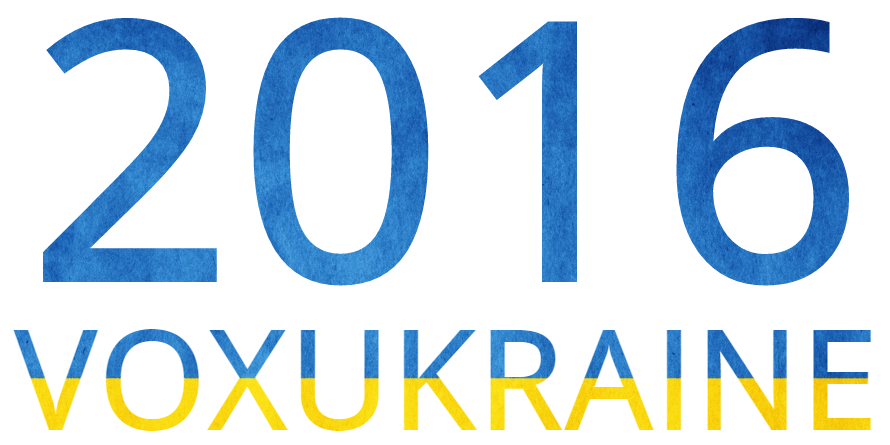 The Reformers’ Alphabet of 2016: What Important Events Hide Behind Each Letter 2016

FALSE: Video of a fire in a shopping center in Kharkiv due to russian shelling