Russian Supremacists on the Loose

Russian Supremacists on the Loose

When the Ukrainian army liberated villages and towns close to Kyiv, the soldiers found mass graves, tortured bodies of innocent Ukrainians, and civilians killed execution style. Even for those who were desensitized after Mariupol and Kharkiv, the atrocities near Kyiv are unbearable. How can one human being (a Russian) do such a thing to another person (a Ukrainian)?

Unfortunately, the answer to this question is painfully familiar. Indeed, how could the Nazi carry out extermination on industrial scale? How could one justify enslaving the Black? How can the Muslims be mass murdered in Screbnica? Concentration camps were possible because the Nazi dehuminized Jews, Gypsies, Ukrainians, and many others. Slavery was possible because the white dehuminized the Black. Screbnica was possible because Serbs dehumanized the Bosniak Muslim. If a person from an “inferior race” is not really a human, then the “superior race” has a license to do any level of violence to the “inferiors” that do not have feelings or the right to live in the first place. The world thought that these painful lessons were learned, that now there are safeguards ranging from the Nuremberg trial to the primacy of human rights.

But the Russian horror in Ukraine proves just how wrong the world was: we have another instance of one group (Russians) dehumanizing another group (Ukrainians). As we explained before, Russia has been consistently discriminating against Ukrainians. Consistent with this trend, modern Russia denies the existence of Ukraine. Given the scale of senseless murder in Ukraine, it is only fair to talk about the Russian attitude towards Ukrainians as Russian supremacism.

We often hear in response that this is not possible because the Russian culture is so great and a nation that produced Tchaikovsky and Tolstoi can’t be savage. But shielding behind Tchaikovsky and Tolstoi, in reality Russia was insusceptible to modern achievements of humanity in terms of human rights, freedom of expression, and equality for all. For example, while the Department of State officially allowed the US citizens to identify themselves as nonbinary in official documents, Russia continues to persecute not only based on political views but also based on such basic human features as sexual orientation. By the way, Tchaikovsky was gay and he lived in a Ukrainian village occupied by the Russians, but the truth has never shaken beliefs of Russian supremacists. Modern Russia, instead of culture, can only offer hysterical propaganda that allows and promotes the dehumanization of Ukrainians. An accurate summary of the modern Russian culture is expressed in a well-known ironic Soviet song by Yuri Vizbor: “Despite that we’re making lots of missiles and our ballet is the best in the world.”

Furthermore, Russian supremacism fights its way through a popular adage of “the great Russian culture.” Many self-proclaimed intellectuals lament when certain soldiers fighting on the cultural front line (such as Gergiev, Netrebko, and other disgrace to a truly unique and interesting heritage) suffer from “cancel culture.” The grim reality is that Russian supremacists always think that they can “sell culture.” The question is whether adequate people should “buy” it.

We don’t. Western connoisseurs of fine arts should realize the real intentions of these cultural combatants and shed misty-optical illusions. Russian “soft power” turned out to be hard, although much softer than the now sacked intelligence officials thought. People in the West should realize that oftentimes, when they think they are supporting Russian opera singers, they are really supporting a culture that permits killing Ukrainians. What do these Western peace doves stand to gain from maintaining cultural ties with murderers and rapists with blood on their hands?

Russophilia is the support for oppressing other nations

It is evident that years of Russian propaganda and corruption, as well as the rise of leftist sovietophiles in Europe, supported the rise of Russian supremacism in Western societies. For example, how many university campuses in the U.S. offer classes about Ukrainian culture, history, or language? As far as we know, UC Berkeley offers none and we suspect that the situation is not much better elsewhere. Germans feel guilty about killing many Russians in World War II, but it was Soviet, not exclusively Russian, citizens that were killed by the Nazi. Millions of Ukrainians perished in World War II too. Secretary of Ukrainian security council Oleksiy Danilov expressed righteous contempt when he claimed: “[the Germans] haven’t apologized for killing millions of [Ukrainian] citizens [during World War II]. They apologize to the Russians as if we were one country.” As much as Germans wanted to distance themselves from the horrific past, appeasement of Russia bears another round of moral responsibility.

Thinkers and opinion leaders in Russia occasionally denounce Russian aggression, but most of them were nowhere to be found when Russia annexed Crimea in 2014, or even when Putin was elected for the fourth term in a row (Medvedev notwithstanding). Only a handful of them called for removing Putin from office. Russian students in the West allegedly “suffer” from the fact that their country invaded Ukraine (perhaps they would suffer less if Ukraine surrendered immediately?). And yet their copies of the past did not seem to be heart broken when Russia invaded Georgia in 2008 and parts of Ukrainian East in 2014 (apparently because no sanctions were imposed on them back then). When liberal Russian scientists, journalists, and artists wonder why Russians should suffer if they don’t “really” support Putin’s aggression, they should recall how the Germans were treated in the aftermath of World War II when the horrors of the Nazi regime were seen fully. 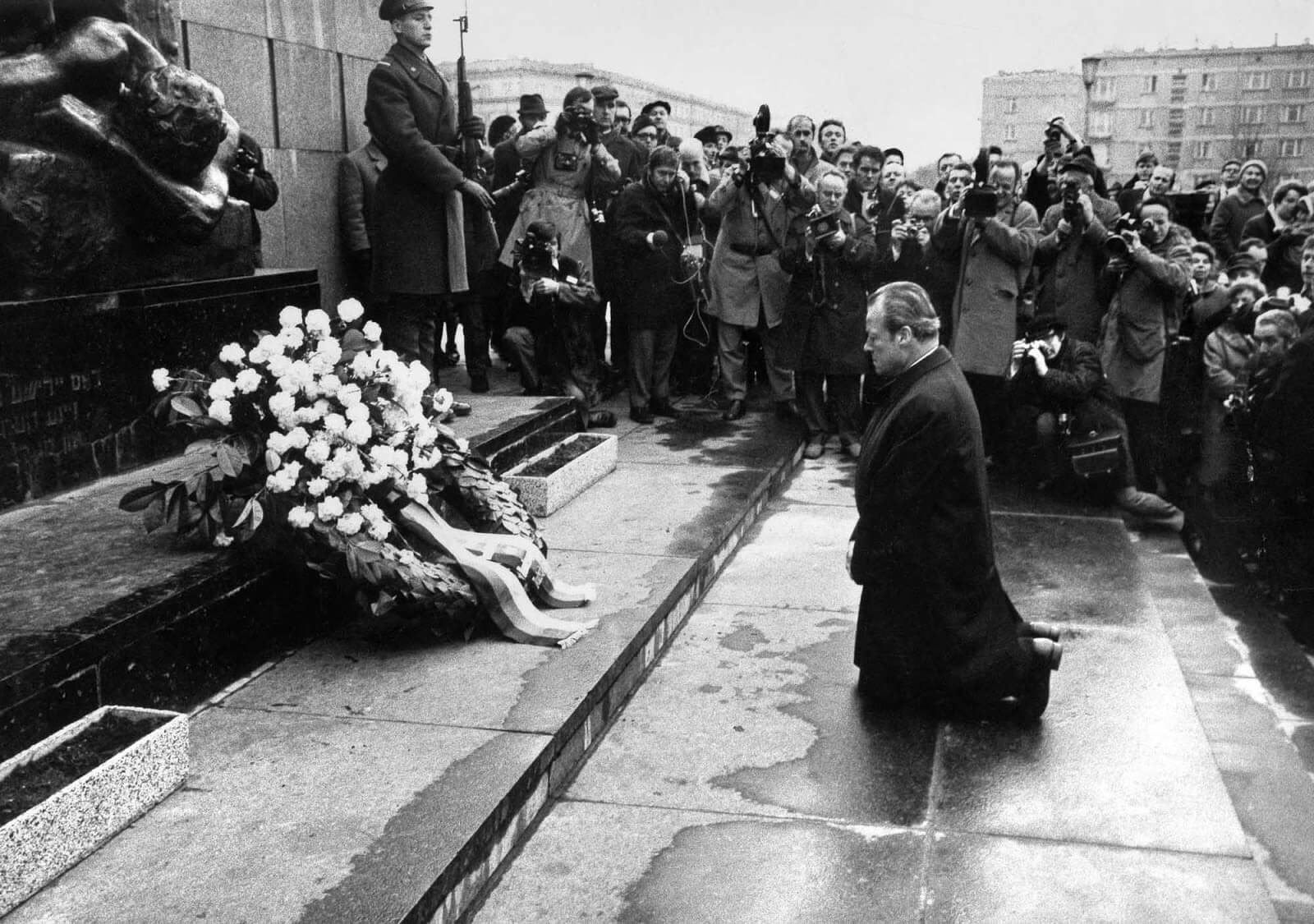 Germany went through a painful process of recognizing Nazi crimes and accepting the collective guilt for allowing Hilter to happen. Unless Russia repents and atones just like Germany did, Russia will be a constant threat. As long as the vast majority of Russians support their duce and the invasion of Ukraine, there is no safety for anybody. Until a future leader of Russia goes on a kneeling tour in Mariupol, Bucha, Kharkiv, and many other Ukrainian cities, everything else will be just cheap talk. Public calls to offer a person who takes antler baths an off-ramp option should sound to every sentient being as egregious as calls to offer an “off-ramp” option to Derek Chauvin.

And until Russia reforms itself, the civilized world should strip Russia off her financial resources, economic potential, and most importantly, nuclear weapons. In the words of a prominent Russian satirist Victor Shenderovich, this gun to the head of humanity needs to be unloaded.