Legalizing Prostitution in Ukraine: to Be or Not to Be

On 23.09.2015 Ukrainian MP Andriy Nemirovsky registered a draft law that would make prostitution legal in Ukraine and consider prostitutes to be entrepreneurs who provide sexual services for money. These services can be provided by individuals as well as organizations (e.g. brothels). The draft law requires for regulation of these services and introduces legal entry barriers (e.g. age limits and medical checks).

Short history of the issue

Prostitution is a controversial issue in many modern societies. The “oldest” profession, it is often considered as an immoral and even shameful phenomenon. The history of prostitution dates back to ancient times when sacred prostitutes used to be women who had sex not for gain but as a ritual. Since then governments have extensively experimented with regulating and deregulating the market for sex services. For example, In Middle Ages England, regulation of “stew-houses” (brothels) involved a ban on forced prostitution and sex work on holidays. Later, in 1546 Henry VIII made an unsuccessful attempt to close brothels and reduce the spread of syphilis disease. Three centuries later, the 1864 Contagious Diseases Act allowed police to arrest prostitutes in ports and army towns and bring them to compulsory checks for venereal diseases.

Modern Western states entertain a very diverse set of approaches to prostitution, sometimes diametrically opposed. On the one side of the spectrum, there are countries like Germany and the Netherlands which allow off-street (and even street) prostitution, but at the same time introduce regulation, such as age restrictions and licensing of brothels. On the other side of the spectrum, there are countries such as Sweden that criminalize and prosecute any paid sex, with penalties for clients. Many countries, however, follow a middle way between these two extremes, when certain types of activities in the commercial sex sector are banned, but others are not.

For example, in the UK, the act of exchanging sexual services for money is not a crime, although there are a number of illegal sex-related activities. In particular, soliciting in a public place, kerb crawling, pimping and pandering are offences. In addition, law criminalizes buying sex from a person younger than 18 or a person who has been “subject to force”. Furthermore, it is illegal to own or manage a brothel, which is defined as more than one worker in particular premises. However, prostitutes working alone are completely legal. Despite the great variety of different approaches, one common thing shared by most Western states is that government policies should be primarily targeted at reducing the risks of violence, crime, and the spread of sexually transmitted diseases associated with the commercial sex sector rather than at improving morale or similar goals.

In addition to individual work, British sex workers could decide to work for agencies. In this case, agencies might provide marketing services (e.g. website development), apartments, some protection and bargain on behalf of sex workers, retaining up to 50% of the income in return. Working for agencies may also provide extra protection for prostitutes and improve the time management, as several clients with prostitutes might be scheduled for the same apartment in different time slots. The latter fact also allows agencies to remain legal, because no more than one worker is present in a particular premises at a given time.

It is interesting that countries following the two different extreme policies with respect to the paid sex sector are regarded as success stories. For example, a recent study by Paul Bisschop, Stephen Kastoryano, and Bas van der Klaauw [1] shows that designated zones for street prostitution that were introduced  in the early 1980s  in the Netherlands have reduced crime. In particular, “opening a legal street prostitution zone decreases registered sexual abuse and rape by about 30% to 40% in the first two years. For cities which opened a legal street prostitution zone with a licensing system” there were also significant reductions in drug-related crime and long-term effects on sexual assaults. However, similar positive effects have also been found in Sweden, country which made it illegal to purchase sex by Sex Purchase Act (1999). At the same time, offering sex services remains absolutely legal. Due to substantial decrease in demand for sex services, number of prostitutes has decreased dramatically. Furthermore, Jakobsson Kotsadam [2] argue that Sweden became less attractive country for human trafficking.

How does it work?

From an economic perspective, when analyzing the commercial sex sector it is useful to think of the maximal price a client is willing to pay for sex services and the minimal price a sex worker or a brothel is willing to accept. The final price for the sex services in a particular transaction is then determined by the market structure and the bargaining powers of a sex worker/organization and a client. Any increase in price can lead to decrease in consumption and, thus, decrease negative health and social effects associated with prostitution. In this context, criminalization of prostitution and monitoring could lead to higher minimal prices accepted by sex workers as extra fees have to be paid to bribe police, evade detection, or secure semi-legal protection. These costs reduce the size of the sector, but also make the sector a part of the shadow economy with all associated negative consequences.

Legal prostitution will lead to more sex-workers and more paid-for-sex by reducing the costs, including the risks of criminal prosecution or bribe extortions both for the clients and the suppliers. At the same time, legalization will allow the sex workers, sex agencies, and clients to engage to standard market mechanisms to reduce the health risk and increase the quality of the service. In short, legalizing prostitution likely means more paid-for sex but smaller risk of sexually-transmitted diseases (STD) per sex transaction and increased barriers for entry for underaged sex-workers. It will move the powers of enforcement from police and other law enforcement agencies (think of extracting bribes for not prosecuting prostitution) to legislative and executive branches of the government (think of extracting bribes for not recalling a license). Finally, it will also allow to tax the profits of the sex industry.

A recent paper by Alexander Muravyev and Oleksandr Talavera [3] shows the benefits of legalizing sex agencies in a country where only individual prostitution is allowed. Using UK data, they show that the equilibrium (transaction) price moves closer to the maximum that the clients are ready to pay if a prostitute is employed by an agency rather than works on her own. Thus, perhaps a sex agency is in a better position to extract a better price from a client through understanding clients and the market better and by committing to take-it-or-leave-it prices. It is of course unclear and perhaps even doubtful that higher prices to agencies translate into higher prices to sex-workers. Nevertheless, a sex agency can also be in a better position to enforce protected sex and other measures reducing the associated health risks. Furthermore, the agency has incentives to ensure that the health, social, and criminal risks are low in order to build a reputation, attract more clients, and command higher prices.

Currently, individual prostitution in Ukraine is not a criminal offence. Nevertheless, sex workers could be fined for soliciting payments for sex.  Despite this semi-legal status, the Western press describes Kyiv as “a city of beautiful woman and prospering sex industry”. There are many English-language guides on sex-tourism in Ukraine. Yet, prostitution is often interrelated with drug consumption, human trafficking and exploitation, including underage women, and high incidence of sexually-transmitted diseases (STD) and HIV. So, how do things stand in Ukraine when it comes to risk linked to prostitution?

Figure 1 (based on Table 1.1 from the Monitoring of Sex Workers – 2008) describes the age distribution of sex workers in Ukraine. We observe that most sex workers belong to 20-29 age category. However, there is shocking evidence that 24% of sex workers in Kherson are between 13 and 17 years old. The survey also reports that only 8% of sex workers across the country have full time job (not related to sex services), while 41% of respondents self-report unemployment status. Recent developments in Ukrainian economy and economic turmoil are likely to force more women to join the sex industry. 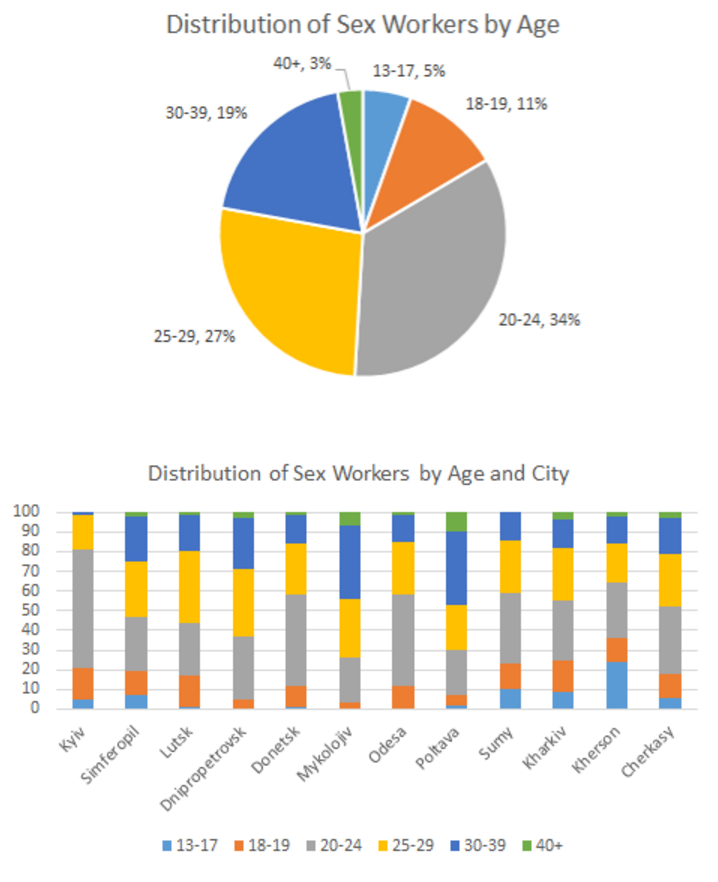 Table 1 (originally Table 3.2.1 from the Monitoring of Sex Workers – 2008) provides data on condom use. Condoms always or mostly were used just in 86% cases of vaginal sex. When it comes to oral sex, about 19% of respondents say that they never use condoms. Both oral and vaginal sex can transmit multiple infections, including chlamydia, gonorrhea, genital herpes, syphilis and HIV. These drastic rates of unprotected sex in the sex industry in Ukraine call for a very serious and systematic policy response, including regulation and awareness educational campaigns.

What regulatory regime would fit Ukraine best? There is no simple (or single) answer to this question. Legalization of prostitution might increase the size of sex industry in Ukraine, but would allow to better oversee it. One factor that should certainly be taken into account is poor current performance of police and other law enforcement authorities, at least compared to many Western countries, that can make de jure ban on prostitution extremely ineffective. Criminalizing prostitution like in Sweden may simply be not an option because of weak institutions. There are multiple incidents in Ukraine when policemen acted as de facto pimps, extracting part of the earnings for ‘protection’.

Ultimately, legalizing prostitution can have either positive or negative net effect on incidence of STDs, drug abuse, human trafficking, and corruption. One possible option is to experiment with legalizing prostitution in some areas of the country and study the empirical effects before deciding whether to legalize prostitution nationally. Another interesting possibility is to delegate the power to decide on the status of prostitution from the national government to municipalities and communities. This has precedents in Western Europe – for example, in the Netherlands where legal street prostitution zones were opened in nine cities under different regulation systems since the early 1980s (Bisschop et al 2015).

[2] Jakobsson, N., and A. Kotsadam. “The law and economics of international sex slavery: prostitution laws and trafficking for sexual exploitation.” European Journal of Law and Economics 35.1 (2013): 87-107. 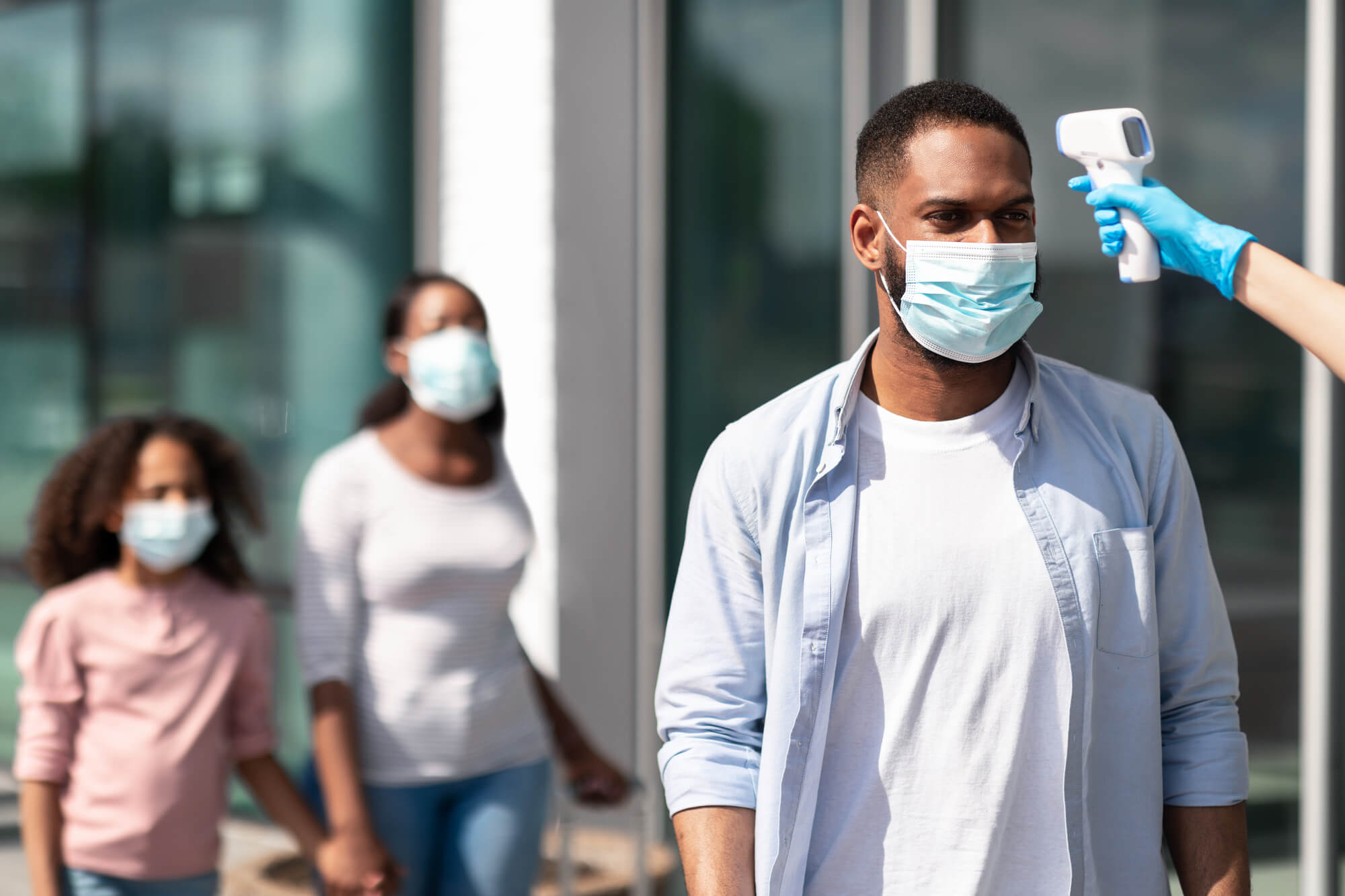 When Your Optimism Can Hurt You During The Pandemic